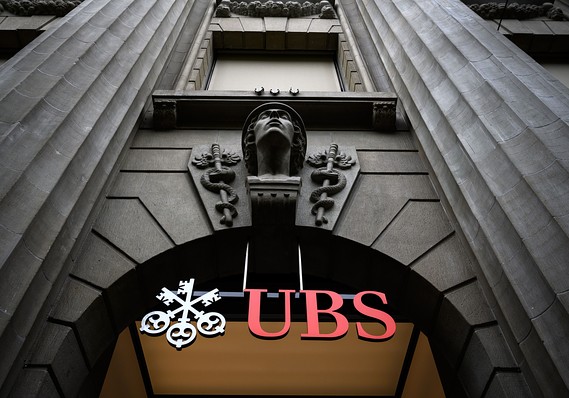 Getty Images
A sign of Swiss banking giant UBS is seen on their headquarters on May 8, 2019 in Zurich

With quite literally thousands of companies reporting earnings, it’s inevitable that, sometimes, a reporter will get a number wrong.

So it was with the Financial Times’s Stephen Morris, who incorrectly reported that Swiss banking giant (NYS:UBS) (SWX:CH:UBSG) lagged analyst estimates with results from its investment banking subsidiary. In fact, UBS beat them.

Net profit for the second quarter for the group rose to $1.39 billion from $1.38 billion a year earlier, the Swiss financial institution said Tuesday. The investment bank unit reported a 23% drop in adjusted pretax profits.

The FT did correct its story, with a correction notice appended. It reads: “This article has been updated to clarify that UBS’s investment bank beat analysts’ expectations.”

That wasn’t enough for UBS, which, on its Twitter feed, blasted the reporter and said he was engaging in “agenda journalism” in not favorably comparing the investment bank to its U.S. rivals:

The response to the UBS tweet was shock. The European Central Bank’s head of media relations, Michael Steen, said it was “not really a good look”:

One reporter said UBS should be “ashamed,” and another called it an “embarrassing public denouncement of a conscientious colleague”:

A London-based UBS spokesman referred a MarketWatch inquiry to Zurich, and a number of messages left with spokespeople there were not returned. The FT’s Morris also did not return a message seeking comment.

The bank’s CEO, Sergio Ermotti, has taken to Twitter before to complain about reporting: