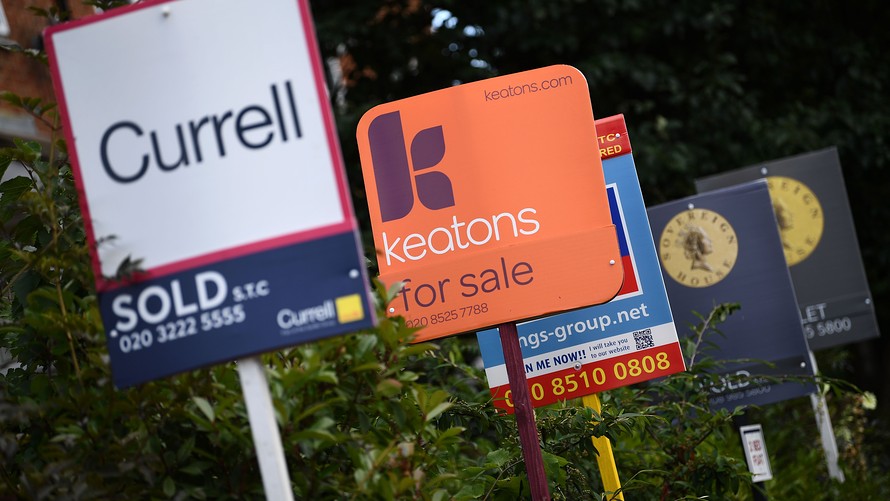 Getty Images
House prices rose by 2% in August, taking the average to £224,123, according to Nationwide.

House prices in the U.K. surged to an all-time high in August, fueled by pent-up demand and record low mortgage rates, according to new figures from Nationwide.

Robert Gardner, Nationwide’s chief economist, said the bounce back in prices reflects the unexpectedly rapid recovery in housing market activity since the easing of lockdown restrictions.

“This rebound reflects a number of factors. Pent-up demand is coming through, where decisions taken to move before lockdown are progressing. Behavioral shifts may also be boosting activity, as people reassess their housing needs and preferences as a result of life in lockdown,” he said.

The housing market was hit hard in March at the height of the lockdown, as estate agents were forced to close their offices and viewings weren’t allowed.

Susannah Streeter, senior investment and markets analyst at Hargreaves Lansdown, said the next few months are crucial for Barratt because, while the group demonstrated its strength during the lockdown, an extended recession would prove an even tougher test.

“The taxpayer funded furlough scheme, mortgage holidays and a ban on evictions are all due to be unwound in the autumn, which all could have major implications on demand for housing going forward,” she said.

Read: U.K. jobs picture looks bleak with 7.5 million furloughed or away from their job

Gardner said that the trends look set to continue in the near term, further boosted by Chancellor Rishi Sunak’s recently announced stamp duty holiday — the transfer tax paid when buying a home.

However, Gardner cautioned that most forecasters expect labor market conditions to weaken significantly in the quarters ahead, as a result of the after effects of the pandemic and as government support schemes wind down.

“If this comes to pass, it would likely dampen housing activity once again in the quarters ahead,” Gardner said.