UK political parties want to invest - but how to spend and fund it? 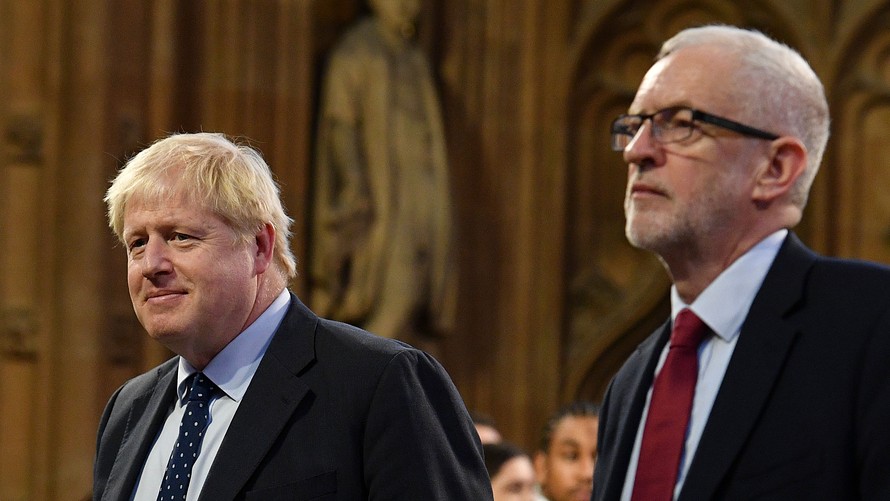 The U.K. general election is turning into a contest of the big spenders . Gone for good are the days of austerity. The decade of fiscal discipline heralded in 2010 by David Cameron’s Conservative-Liberal Democrat coalition government was declared over by the Theresa May government. That is the only thing on which both the Labour party and the ruling Tories seem to agree with the former prime minister.

The key word to make spending sound virtuous is “investment.” Shadow Chancellor John McDonnell has unveiled a stunning plan to spend up to £400 billion over the coming years on clean energy, schools, hospitals and social projects. And current Chancellor Sajid Javid has announced that the Conservative party intends to spend up to £100 billion on infrastructure.

In principle, the general idea makes economic sense. In spite of persistent Brexit uncertainties, the U.K. remains a resilient economy . The government can borrow on the markets at negative real interest rates, and its public debt load, at around 84% of GDP, is just slightly higher than the European average (81%), but much lower than countries like Italy (136%) or France (99%). Furthermore, more public spending will help stimulate the economy and help it cushion the recessionary impact of Brexit.

But two questions remain about public investment: How to spend it? And how to fund it?

The first challenge is to find worthwhile projects to spend so much money on, in such a short period of time. The Institute for Fiscal Studies (IFS) has observed that the UK economy may struggle to absorb such massive investment - due to lack of actual projects, lack of capacity or bottlenecks in the construction sector.

That is a problem that other countries have run into, such as Germany, which both badly needs public investment but would be at pains to sustain a massive infrastructure effort. Under a Tory government, public investment would reach 3% of gross domestic product - a lever it hasn’t seen in 40 years, the IFS noted. Under Labour, which wants to spend £55 billion a year in the next five years, public investment would more than double and reach a level not seen since the 1970s.

Then there is the question of how to finance the splurge. Labour is planning a series of taxes on the well-to-do that would partly offset its massive spending spree. The Tory party is leaning toward more borrowing for investment purposes, while day-to-day current spending would be balanced. Labour proposes a new accounting method , equivalent to setting up a government balance sheet that would amount to doing away with the usual limitations in terms of deficit or debt.

The result is that in either case, financial markets will have to decide how much to trust the future government. The U.K. is not in the eurozone and has some latitude to let its currency fall in order to absorb shocks. Yields on the U.K. ten-year bond are already up from 0.63% to 0.80% since the beginning of the month on both parties’ fiscal plans. That’s nothing to worry about for now. But if interest rates rise much higher and more suddenly because the so-called bond vigilantes decide to pay closer attention to the U.K.’s financial situation, then carefree infrastructure euphoria will quickly turn into costly spending remorse.