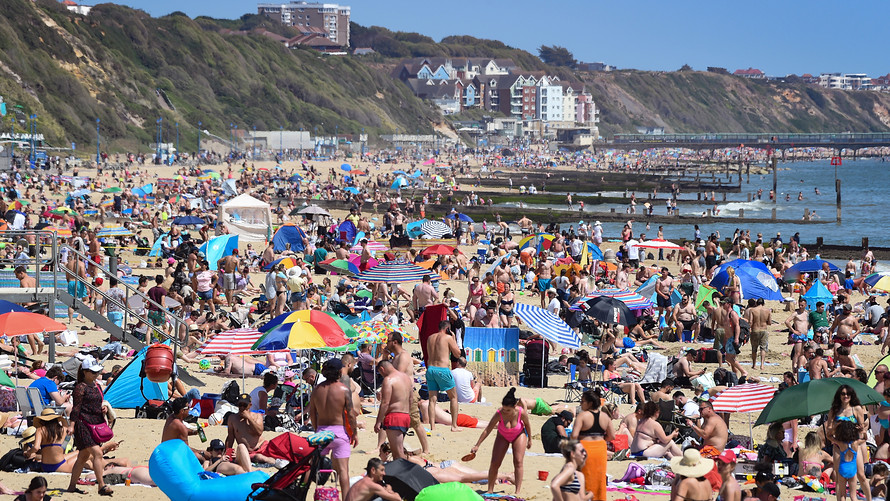 Getty Images
Beaches in the U.K., including Bournemouth beach (pictured) have been packed in recent months but Brits will now be able to visit 59 countries without having to quarantine for 14 days on their return.

The U.K. government has scrapped a 14-day quarantine rule for visitors to England from 59 countries — but the U.S. has failed to make the list.

Passengers arriving in England from any of the 59 countries and territories will not be forced to self-isolate for 14 days on entering the country from July 10. The “travel corridors” will allow holidaymakers to visit the exempt countries and not have to isolate on their return, while overseas visitors from the 59 countries can also come to England without having to quarantine.

The list includes France, Germany, Italy and Spain, a number of other European countries, as well as Australia, New Zealand, South Korea, and Japan. Barbados, St Kitts and Nevis and St Lucia also made the full list, published on Friday.

However, the U.S., which also failed to make the European Union’s safe list, is not one of the exempt countries and nor is Canada or Sweden, which opted not to go into lockdown at the height of the pandemic. Portugal was another notable omission from the list. U.K. transport minister Grant Shapps confirmed earlier on Friday that the U.S. would not be included in the exemption, telling the BBC that America has “very high numbers of infection.” Ireland was already exempt from the measures. The list applies to England, and Scotland and Wales will release their own information shortly, the government said.

The controversial 14-day quarantine rule came into force at the beginning of June and required all travelers to the U.K. to self-isolate for two weeks on arrival. Travel operators, airlines and hotel owners urged the government to scrap the rule, fearing it would further damage industries already hard hit by the coronavirus pandemic. More than 70 travel firm bosses wrote to the government on in a joint letter last month.

British politicians, including many in Prime Minister Boris Johnson’s Conservative party criticized the quarantine measures, which were implemented as cases were falling across Europe. Conservative MP for Winchester Steve Brine said many people will think “it’s the right move at the wrong time,” while Ben Spencer, MP for Runnymede & Weybridge, called it “a very blunt tool” with many downsides and consequences for the aviation industry.

Home secretary Priti Patel defended the restrictions in early June and said the U.K. was vulnerable to infections being brought in from abroad. At the time Patel said air bridges, allowing tourists to avoid isolating, were being considered and the measures would be reviewed at the end of June. Following the review, the government published the list of 59 countries now exempt from quarantine measures on Friday.