The benchmark closed down 0.4% on Friday but managed to snap a three-week losing streak, clocking weekly gains of 1.4%.

A lack of direction was obvious as Monday rolled in.

“We’re stuck in a bit of a limbo. There was a lot of excitement last week with some big U.S. data and the potential for more action from the European Central Bank. We’re not living in quite as exciting times this week,” said Philip Isherwood, strategist at Evolution Securities.

He stressed, however, that he is optimistic about U.K. equities in 2011.

“A lot of people have had a lot of reasons to allocate towards bonds and ignore the incredibly positive message from U.K. companies recently. But they are growing, hiring, doing deals. Equities are still the best way to play the economic cycle and the double-dip scenario has been increasingly discredited by the recent data,” he added.

Energy companies got a boost as oil traded near $90 a barrel. 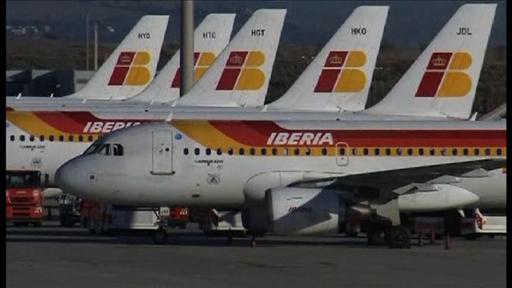 Flight chaos in Spain after strike

Flight controllers returning to work after a sudden stoppage which shut down Spanish air traffic face a huge backlog of thousands of passengers stranded at airports. Video courtesy of Reuters.

The broker said U.K. growth is likely to be slower over the next decade and warned that international opportunities, including in China, wouldn’t be enough to maintain the pace of expansion. Tesco reports third-quarter sales Tuesday.

In the banking sector, HSBC Holdings PLC /zigman2/quotes/203901799/delayed UK:HSBA -1.37%   edged up 0.1%, even as it emerged the trustee seeking money for victims of Bernard Madoff’s fraud is suing the U.K. bank and a group of feeder funds for at least $9 billion.

A few outperformers were to be found in the mining sector, as shares of Xstrata PLC  rallied 3.4%.

Outside the top index, shares of De La Rue PLC /zigman2/quotes/206574260/delayed UK:DLAR +1.78%   surged nearly 30% after the banknote printer said it has received a “highly preliminary and opportunistic” approach.

The statement came after Sky News reported that the company had rejected a 750 million euro ($997 million) bid from French smartcard specialist Oberthur Technologies.

Aude Lagorce is a senior correspondent for MarketWatch in London.