Trump to huddle with House Republicans on immigration Tuesday 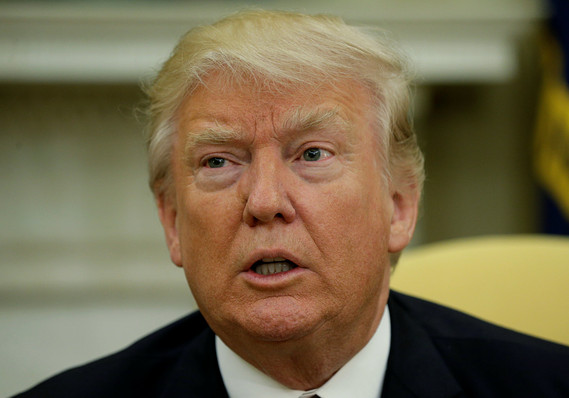 The United Nations’ top human rights official on Monday called for an immediate halt to the Trump administration’s policy of separating undocumented immigrant children from their parents, condemning the practice as abuse, the New York Times reports.

The Times said Zeid Ra’ad al-Hussein, the United Nations high commissioner for human rights, cited the observation by the president of the American Association of Pediatrics that locking the children up separately from their parents constituted “government-sanctioned child abuse” that may cause irreparable harm to children with lifelong consequences. “The thought that any state would seek to deter parents by inflicting such abuse on children is unconscionable,” al-Hussein said. His intervention added to an escalating chorus of condemnation from people across the political spectrum in the U.S.

Tuesday immigration meeting: President Trump will head to Capitol Hill Tuesday to discuss immigration with the House Republican conference , CNN reports. Trump’s visit to the GOP conference signals that there is still work to do before a compromise immigration bill, which includes a legal status for recipients of the Deferred Action for Childhood Arrivals program and money for Trump’s border wall, could pass the chamber, CNN says.

CNN writes conservatives in the House Freedom Caucus have expressed concerns with the bill, as have moderate members who helped negotiate the plan but want to do more to ensure that children are not separated from their parents at the border.

ZTE showdown: The Hill reports the Senate is speeding toward a confrontation with President Trump over his plan to revive the Chinese telecommunications giant ZTE /zigman2/quotes/205386796/delayed ZTCOY -3.75%  .

Senators are poised to pass legislation as part of a mammoth defense bill on Monday evening to block the administration’s deal, despite fierce pushback from the White House, the Hill says. The report says Commerce Secretary Wilbur Ross has met twice with Senate Republicans to defend the administration’s thinking, but the meetings have done little to assuage concerns among many senators rattled by the agreement.

‘Too early to tell’ on North Korea: An ABC News/Washington Post poll released Sunday found a majority said it was “too early to tell” if the U.S.-North Korea summit was a success for either side.