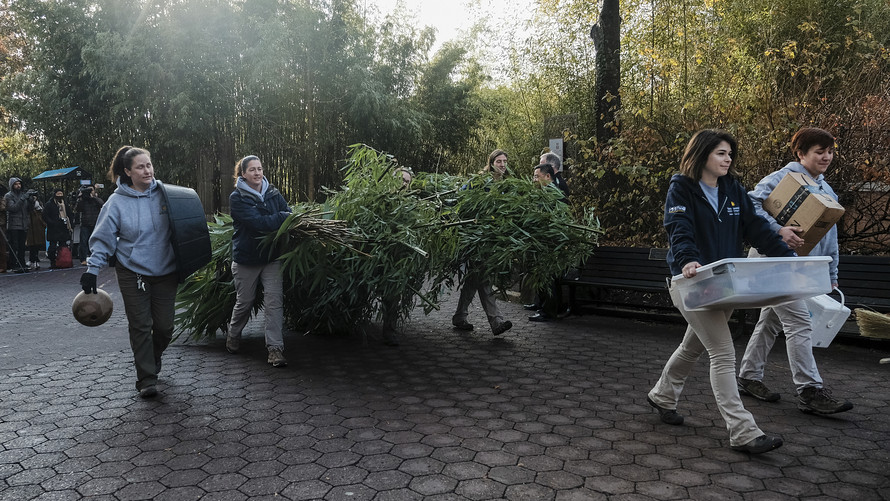 Visitors to Washington’s National Zoo have watched him grow up since Day 1. But now he’s headed to China.

Under terms of the zoo’s agreement with the Chinese government, any panda born here must be sent to China when they reach age 4. When he reaches sexual maturity after age 6, Bei Bei will be entered into China’s government-run breeding program, seeking to expand the vulnerable panda population.

Bei Bei was born at the zoo on Aug. 22, 2015, the cub (via artificial insemination) of National Zoo pandas Mei Xiang and Tian Tian. His name, which translates as “treasure” or “precious” in Mandarin, was jointly selected by former first lady Michelle Obama and Peng Liyuan, the first lady of the People’s Republic of China.

Zoo director Steve Monfort called the occasion “bittersweet.” He said zoo staff and visitors had grown to love the bear but that his return was important to the future of the species.

“Our team has cared for him, learned from him and, along with millions, loved watching him grow,” Monfort said. “We’re sad he’s leaving, but excited for the contributions he will make to the global giant panda population.”

The giant panda was once classified as an endangered species. Efforts to save the animal have been successful enough that the International Union for Conservation of Nature changed their status from “endangered” to “vulnerable” in 2016.

There are an estimated 1,800 giant pandas in the wild, all of them in southwestern China.