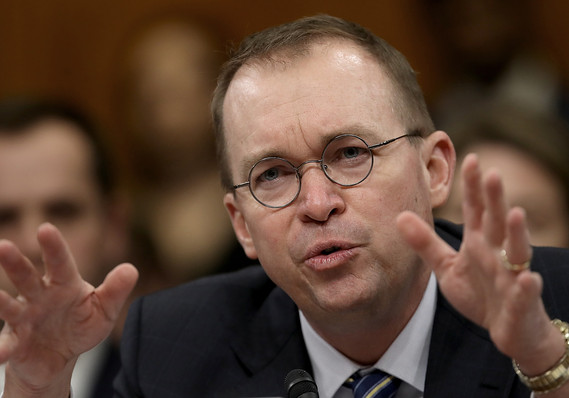 The numbers: The U.S. recorded a $779 billion deficit in the fiscal year ending Sept. 30, an increase of $113 billion, as spending climbed while revenue remained nearly flat, the Treasury Department announced Monday.

Compared to GDP, the deficit rose to 3.9%, up by 0.4 percentage points to reach the highest level since fiscal 2012.

In September alone, the U.S. recorded a surplus of $119.1 billion. The U.S. typically records a surplus in September owing to estimated individual and corporate income tax payments made during the month, and this one was especially large due to the timing of some payments that otherwise would have been due on a weekend or a holiday.

What happened: Interest on the public debt shot up by $65 billion, or 14%, last year, in part because the Treasury had to increase the principal on its inflation-protected securities. Rising interest rates and a bigger debt also played a role.

Education spending saw the biggest decline, falling by 43% or $48 billion, almost entirely due to changes in the estimated subsidy costs of loans and loan guarantees. There also was a reduced contribution in profits from government-controlled mortgage buyers Fannie Mae /zigman2/quotes/208846331/delayed FNMA -1.81%  and Freddie Mac /zigman2/quotes/202741363/delayed FMCC -1.84%  .

On the revenue side, corporate taxes dropped by 22%, or $76 billion, as companies enjoyed a smaller rate of tax as well as the ability to immediately deduct the full value of equipment purchases, both byproducts of the Tax Cuts and Jobs Act. Individual income taxes edged up by 1%, or $23 billion, as increased employment and higher wages were offset by the lower withholdings, as the Treasury published a modified withholding table.

The Congressional Budget Office forecasts the current year deficit to reach $973 billion and surpass the $1 trillion mark in fiscal 2020.

What they’re saying: “America’s booming economy will create increased government revenues – an important step toward long-term fiscal sustainability. But this fiscal picture is a blunt warning to Congress of the dire consequences of irresponsible and unnecessary spending,” said OMB Director Mick Mulvaney in a statement.

“The federal debt burden has doubled in the past decade to stand at close to 80% of GDP now and projections suggest it will reach 100% by 2030, as the aging of the population drives up spending on pensions and public health care. There are measures that can be taken to reduce the long-run budget deficit, but political opposition will make tackling entitlement reform extremely hard outside of a crisis,” said Paul Ashworth, chief U.S. economist of Capital Economics, in a note published ahead of the final numbers.