U.S., China trade negotiators have been in contact ahead of G-20 summit

Sides hope to ‘consolidate the consensus’ before meeting later this week between Trump, Xi 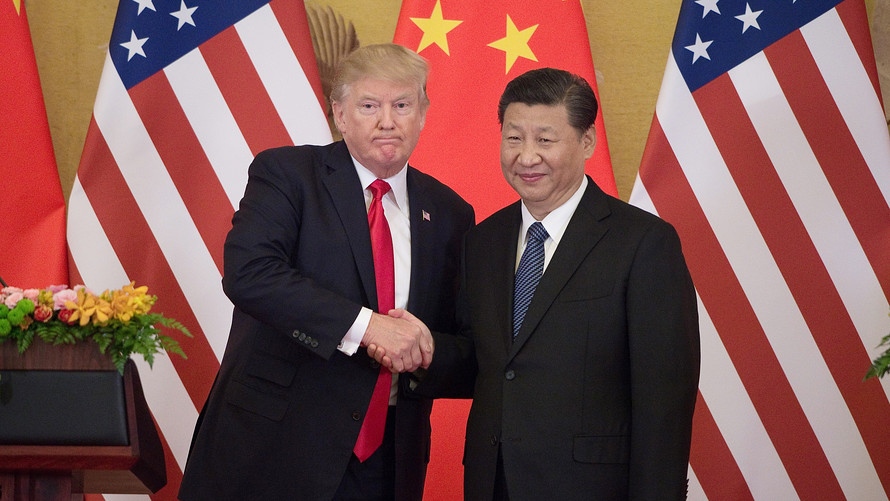 BEIJING — Chinese and U.S. trade negotiators are discussing ways to resolve disputes ahead of a meeting between Presidents Donald Trump and Xi Jinping at the G-20 summit in Japan later this week, a Chinese official said Monday.

The sides were seeking to “consolidate the important consensus reached between the two leaders” in a telephone call last week, Wang Shouwen, a Commerce Ministry vice minister, told reporters. Wang gave no details about specific issues under discussion.

This week’s G-20 meeting in Osaka is the first opportunity Trump and Xi have had to thrash out the trade dispute face-to-face since Trump said he was preparing to target the $300 billion in Chinese imports that he hasn’t already hit with tariffs, extending them to everything China ships to the United States.

In advance of the Trump-Xi meeting, U.S. Trade Representative Robert Lighthizer spoke by phone Monday with the top Chinese negotiator, Vice Premier Liu He, according to a spokesperson for the Trade Representative’s office who did not have further details of the discussions.

Trump has already imposed 25% tariffs on $250 billion in Chinese imports and China has retaliated with tariffs on U.S. goods.

The two sides are in a stalemate after 11 rounds of talks that have failed to overcome U.S. concerns over China’s acquisition of American technology and its massive trade surplus. China denies forcing U.S. companies to hand over trade secrets and says the surplus is much smaller than it appears once the trade in services and the value extracted by U.S. companies are taken into account.

Stepping up the pressure on Beijing, the U.S. Commerce Department has effectively barred U.S. companies from selling or transferring technology to Huawei Technologies, the world’s biggest maker of network gear, No. 2 smartphone manufacturer and a champion of Chinese industry.

Washington claims Huawei poses a national security threat because it may be beholden to China’s ruling Communist Party. However, American officials have presented no evidence of any Huawei equipment serving as intentional conduits for espionage by Beijing.

Huawei’s placement on the U.S. government’s Entity List is widely seen as intended to persuade resistant U.S. allies in Europe to exclude Huawei equipment from their next-generation wireless networks, known as 5G.

Responding to a question about whether it would be best for all 5G devices sold in the U.S. to have been made outside of China, Chinese foreign ministry spokesman Geng Shuang said Americans seemed to be conjuring up non-existent threats.

“I want to tell individuals in the U.S. that they have been living in a panic made by themselves, and they have reached a state of extreme nervousness in which they even apprehend danger in every sound,” Geng said.

Globalization has brought an “unprecedented” level of division of labor across borders and societies, reducing the significance of where products are manufactured and assembled, Geng said.

“Against such a backdrop, any attempt to achieve ‘absolute security and controllability’ by isolating oneself is nothing but fool’s talk,” Geng said.

China has responded to U.S. pressure by saying it would issue a list of “unreliable entities” targeting companies that “violated market principles” and cut supplies of components to Chinese businesses for non-commercial reasons.

Beijing has also suggested it might limit exports of rare earths, minerals such as lithium that are used in many products including cellphones, electric vehicles and the batteries that run them.