The results mean the U.S. lags most of industrialized world 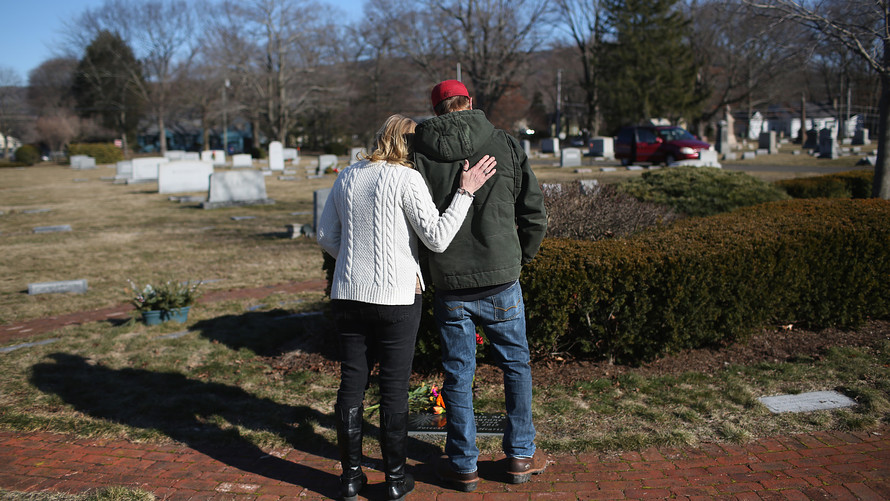 Average life expectancy for Americans fell again last year, to 78.6 years, as opioid abuse, suicide and diabetes picked up, though death by heart disease, the nation’s No. 1 killer, stabilized.

The data of the past few years mark a disturbing result not seen in the U.S., at least by some measures, since 1915 through 1918, which included World War I and a flu pandemic. Yet in most other developed nations, life expectancy has marched steadily higher for decades.

Data from the Centers for Disease Control and Prevention released on Thursday showed life expectancy fell by one-tenth of a year, to 78.6 years, pushed down by the sharpest annual increase in suicides in nearly a decade and a continued rise in deaths from opioid drugs like fentanyl. Influenza, pneumonia and diabetes also contributed to last year’s increase.

“Life expectancy gives us a snapshot of the nation’s overall health and these sobering statistics are a wake-up call that we are losing too many Americans, too early and too often, to conditions that are preventable,” said Dr. Robert Redfield, CDC director.

The U.S. has lost three-tenths of a year in life expectancy since 2014, a marked reversal for a developed nation. Life expectancy is 84.1 years in Japan and 83.7 years in Switzerland, first and second in the most-recent ranking by the Organization for Economic Cooperation and Development. The U.S. ranks 29th on that list.

White men and women fared the worst, along with black men, all of whom experienced increases in death rates. On the other hand, deaths declined for black and Hispanic women, and remained the same for Hispanic men, CDC data showed. Death rates rose in particular for adults ages 25 to 44 (up 2.9% from 2016 to 2017 for ages 25–34 and up 1.6% for ages 35–44). 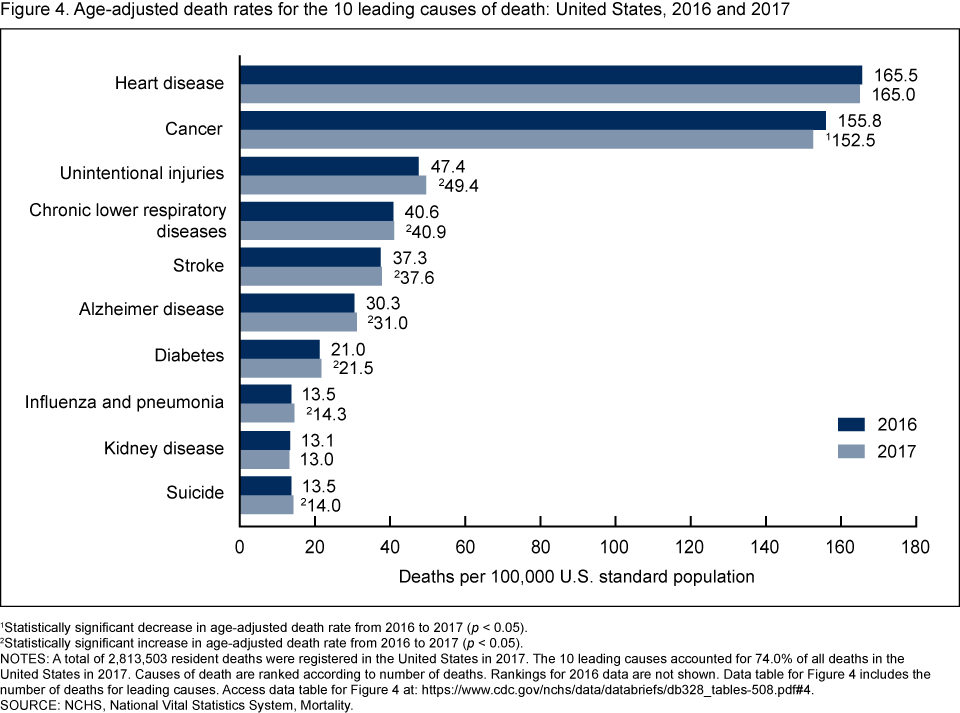 Drug-overdose deaths skyrocketed between 2015 and 2017, particularly for adults between ages 25 and 54. The main culprit was fentanyl and other synthetic opioids that became pervasive in illicit drug supplies in the U.S. around that time. Deaths from synthetic opioids rose 45% in 2017, while the death rate from heroin, which had risen sharply after 2010, was flat.

Related: One piece of good news in the fight against America’s opioid epidemic

And: This state’s largest insurer cuts coverage for OxyContin 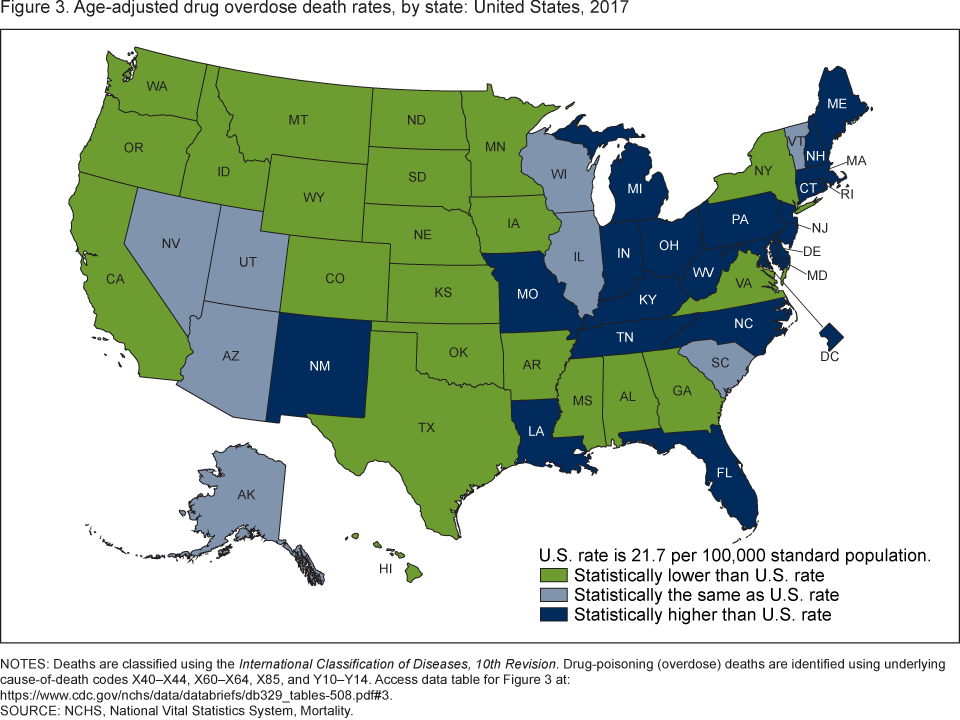 In a flash of optimism, the rise in drug-overdose deaths was slower in 2017 than the previous year. Total overdose deaths for the preceding 12 months dropped slightly between late last year and April, though they remain high.

Suicides rose 3.7% in 2017, accelerating an increase in rates since 1999, the CDC said in a breakout report on this manner of death . The gap in deaths by suicide widened starkly between cities and the most rural areas between 1999 and 2017, the data show.

Deaths from heart disease, the nation’s leading killer, went down only slightly, failing to offset the increases in mortality from other causes. Still, a decadeslong decline in deaths from heart disease — credited to antismoking campaigns, for one, along with medications to control blood pressure and cholesterol — has stalled in recent years. Cancer deaths — the nation’s No. 2 killer — are continuing a steady decline that began in the 1990s.

Don’t miss: Doctors have a simple piece of advice for heart patients who want to live longer