President Trump, aides have indicated they are prepared to wait for the economic vise on Tehran to tighten further, but face calls at summits this week to show restraint 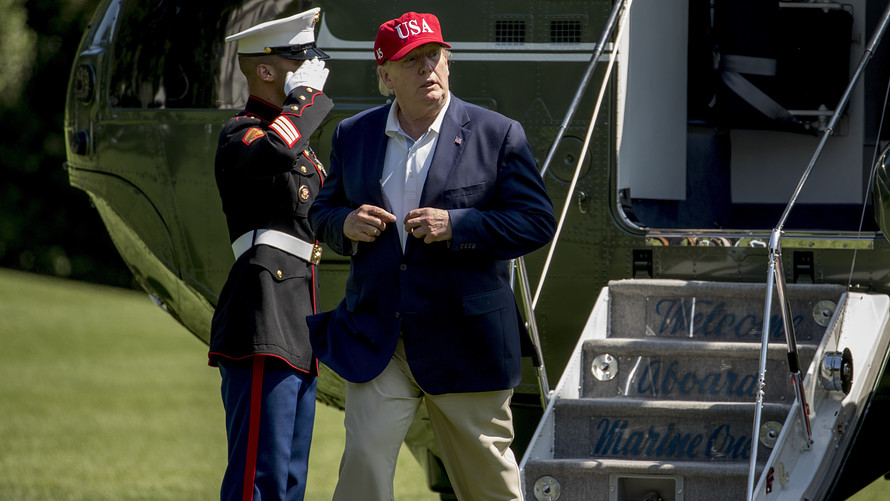 Associated Press
Trump reiterated this weekend that he is willing to negotiate with Iran, after bucking many of his advisers by canceling a military strike in Iran on Thursday.

The U.S. plans to impose major new sanctions on Iran, signaling it won’t ease pressure despite a diplomatic push by European leaders to persuade Washington and Tehran to show restraint.

The administration has ratcheted up economic pressure on Tehran since President Trump pulled the U.S. out of the 2015 nuclear deal in May 2018, hoping to drive Iran to accept a tougher agreement that would end uranium enrichment and curb its regional ambitions.

In recent weeks, Iran has pushed back. Washington has blamed Iran for attacks on tankers, while Tehran downed a U.S. drone and has threatened to violate some terms of the 2015 pact.

In mounting its pressure campaign, the U.S. is seeking ultimately to drive the Islamic Republic’s oil exports to zero. It has more recently imposed sanctions on Iran’s industrial-metals sector and announced major sanctions on one of the country’s biggest petrochemical companies.

Iran had hoped to spook Trump and other nations into easing Washington’s financial and economic embargo that has shocked the nation’s economy, U.S. officials and analysts said. Iranian leaders, those people said, are gambling Mr. Trump is so averse to a direct U.S. war with Iran that he will slow the pace of new sanctions, soften global enforcement and compromise on U.S. demands for a nuclear and security deal.

The New Rules of Middle Age, Written by Women