Retail sales climb 1.2% in July and return to precrisis levels, but growth slows as stimulus fades 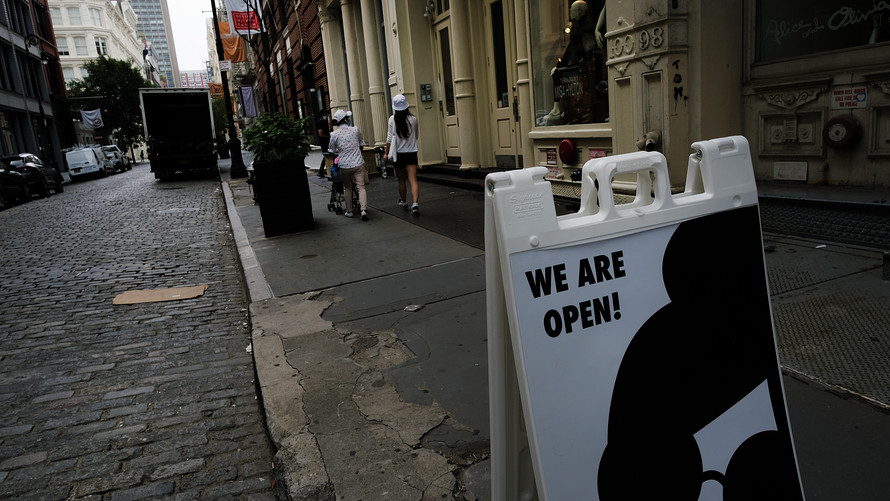 Getty Images
Most retailers are open and sales have returned to precrisis levels, but further gains may be harder to come by.

The numbers: Sales at U.S. retailers rose modestly in July and returned to precrisis levels, but growth has tapered off since the economy reopened and could soften again in the months ahead in the absence of another major federal-relief package, experts say.

Receipts have slowed from a 8.4% increase in June and a record 18.3% gain in May when an economic rebound began. 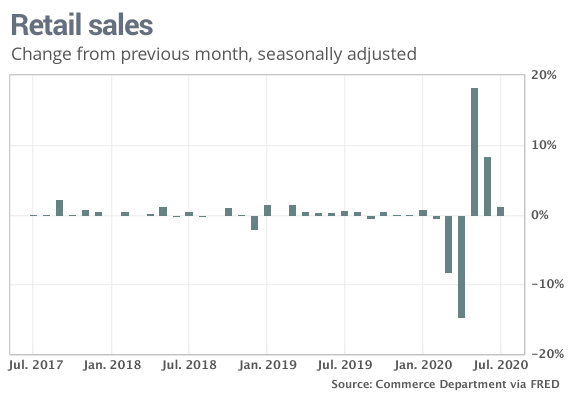 Retailers have been on a roller-coaster ride since the pandemic began, sinking in March and April and recovering rapidly in the following two months as the economy reopened.

The more mild increase in sales in July might be a sign of what lays ahead, however.

The resurgence of coronavirus cases this summer sapped the economy of momentum, delayed the return of people to their jobs and in some cases spurred more layoffs. At the same time, a $600 federal unemployment benefit expired at the end of last month and Washington is deadlocked over another major aid for the economy.

The added uncertainty and potential loss of income for millions of Americans still out of work could undercut retail sales and make it harder for the economy to recover from the deepest recession in modern American history.

What happened: Sales surged almost 23% at stores such as Best Buy /zigman2/quotes/205918291/composite BBY -2.52%  that sell electronics and appliances, marking the third straight strong gain in a row. It’s a good sign for the economy when consumers are buying discretionary items like computers or new fridges.

In another positive sign, spending at bars and restaurants climbed 5% despite renewed restrictions in some states on indoor dining after the jump in confirmed infections of the novel strain of coronavirus that causes COVID-19. Sales had popped nearly 27% in June.

Internet-store receipts rose a meager 0.7%, however, after declining in June. internet shopping had soared during the pandemic, but it is possible that flat sales in the past two months is a sign that people are buying more products at bricks-and-mortar stores.