Why the U.S. spends so much on higher education 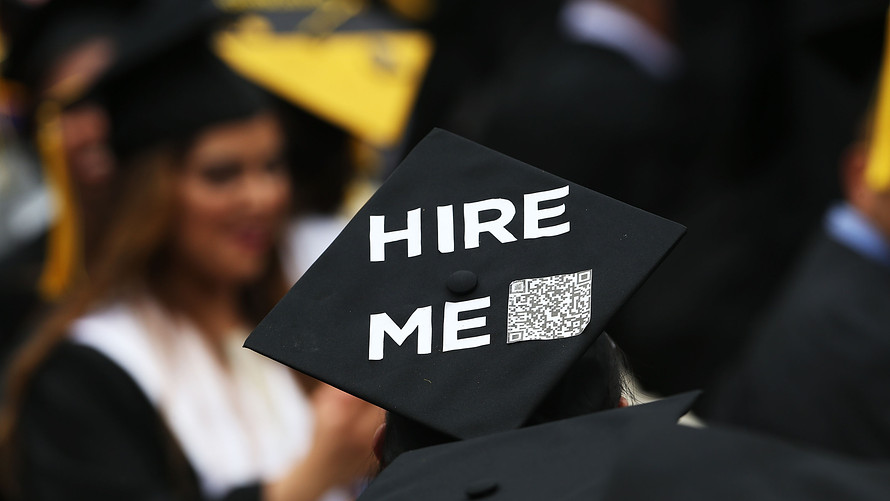 Spencer Platt/Getty Images
Many students don’t get any marketable skills out of college.

America devotes vastly more resources on higher education than other high-income countries, and it is hard to say it spends that money wisely.

For about half of the approximately 2 million high school graduates that will enroll this fall in a quest for a four-year degree, college will prove a lousy investment — for the nation and those students who will emerge heavily in debt.

The premise beneath federal student loan programs — beginning with the 1958 National Defense Education Act to the expansive arrangements modified by President Barack Obama — that is college is a good investment. For the nation, a better-prepared labor force increases productivity, and for students, because graduates earn better pay.

Seventy percent of high school graduates enroll in college but judged by math and reading scores, too many are unqualified and only about 60% graduate . The other 40% borrow huge sums, but their earning power is not much improved.

College debt often haunts them for decades and handicaps goals like marriage, starting families and purchasing homes that would simply be more attainable had they never set foot on a college campus.

They simply would have been better off learning a skill through the military or an apprenticeship program.

For Uncle Sam, over half of the student loans offered to freshmen actually lower national productivity and gross domestic product, because money spent on tuition could have been better invested elsewhere — better roads, support for private apprenticeship programs, R&D grants to develop artificial intelligence and the like.

Many college faculties might be better deployed in managerial and professional roles elsewhere.

Students enrolled in college are generally not working full time. That deprives students and the national economy of as much as $96,000 over four years for each student that does not belong in college.

The federal government takes losses on unpaid loans when students default. If the banks that made the loans and colleges that enrolled unqualified students had to bear those losses, rest assured they would screen students more carefully — a lot of unqualified applicants would only be admitted if their parents footed the bill.

Universities would not be so eager to push majors that do not impart job skills — for example, many offered in liberal arts and general business programs at non-selective universities. They would ensure students spent more time in the classroom and learned something useful and less time at student unions or demonstrating for social causes.

Independent assessments show that 40% of college graduates l ack essential critical thinking and problem-solving skills required by businesses for entry-level of management and professional positions. It is no surprise that 40% of college graduates end up serving coffee, waiting tables or some other position that does not require a bachelor’s degree.

Many more young people enroll in Department of Labor-certified apprenticeships or similar private-sector programs. Greatly expanded by the Trump administration , those are not just in traditional trades like welding — programs offer a range of opportunities in growing areas like banking, hospitality, information technology and automation systems that define the post-industrial economy. And they provide businesses with skilled workers they chronically complain are in short supply.

Usually completed in less than four years, students earn while they learn — about $15 an hour. Upon completion 94% move into positions that pay an average of $70,000 a year, higher than the average starting salary for college graduates about $51,000.

Offering free college tuition, as many presidential hopefuls advocate , would actually make many more college freshmen worse off. They will still borrow to cover living expenses and either won’t complete college or receive a degree that is not worth much when they could be earning a decent wage and learning a useful skill.