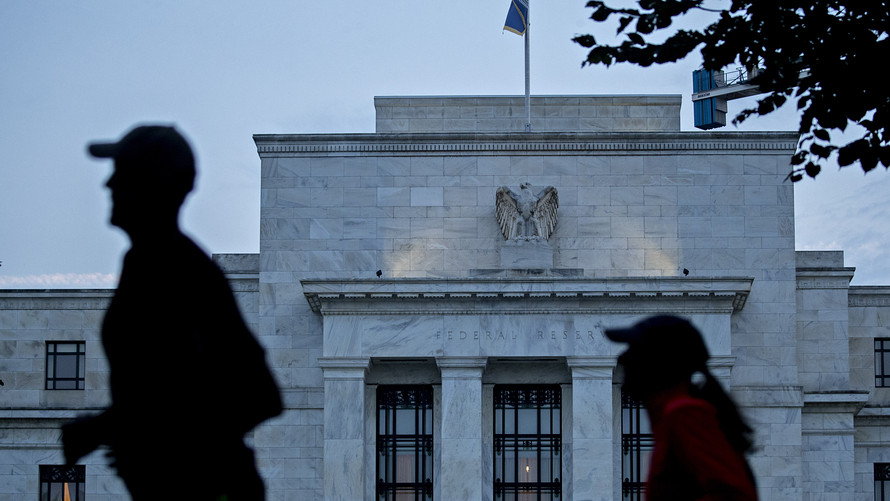 Bloomberg News/Landov
The focus remains on the Fed.

U.S. stocks ended mixed on Tuesday after a late-day rally boosted the S&P 500 and Nasdaq Composite but left the Dow Jones Industrial Average to suffer its third straight loss, a day ahead of congressional testimony by Federal Reserve Chairman Jerome Powell.

Investors appeared jittery about holding stocks and other perceived riskier assets as they wait for two-day testimony before Congress by Fed Chairman Jerome Powell due to start Wednesday. Markets are hoping the central bank’s chief will shed some light on a meeting of the central bank’s interest-rate setting committee, slated for July 30-31, with investors clinging to hopes for a rate cut.

Read: Why ‘bad news’ might not be ‘good news’ for stocks once earnings season begins

Expectations for interest-rate reductions have been scaled back since last week’s strong June jobs report, though a quarter-point reduction at the Fed’s meeting at the end of the month is still seen by market participants as virtually certain.

“A cut in July will be difficult to dodge given current market pricing but Powell may use the opportunity to manage expectations beyond the meeting,” said Craig Erlam, senior market analyst at OANDA, in a note to clients. “How successful he’ll be is another thing as investors don’t appear to want to hear it and may instead continue to apply the pressure going into the September meeting.”

Read: Could the Fed surprise the stock market by skipping a July rate cut? It’s not out of the question

Trade policy concerns may also be weighing on market sentiment, after the US announced new preliminary tariffs on certain steel imports from Mexico and China, pending an investigation into subsides, with a final decision due in November.

The U.S. and China are set to relaunch trade talks this week after a two-month hiatus , but a year after their trade war began there is little sign their differences have narrowed. White House economic adviser Larry Kudlow said Washington was still waiting for China to make good on what he called a “very, very important” pledge to quickly buy more agricultural products, but said there was no firm deadline for such purchases, or for completing an overall deal.

Meanwhile, a diplomatic dispute between Japan and South Korea, which has led to Japan imposing new export restrictions on three materials used in the production of advanced consumer electronics, appears to be worsening after comments Tuesday from South Korean Industry Minister Sung Yun-mo suggested the country will soon impose countermeasures, according to Reuters .

The dispute could lead to added disruption in the global supply of smartphone and chips, analysts say.