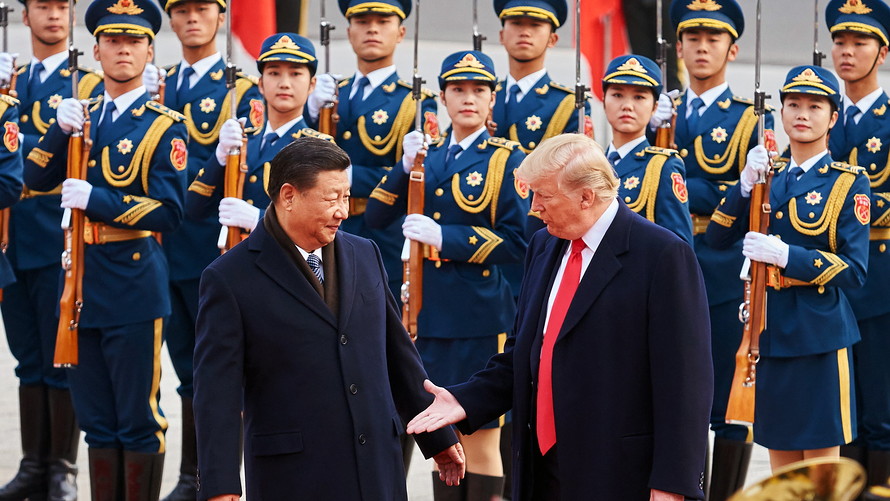 U.S. stocks closed mostly lower after making small moves in and out of positive territory Thursday as investors continued to fret over the lack of clarity and progress in U.S.-China trade talks.

Read: Here’s why frustrated stock-market traders say ‘neither bulls nor bears’ are in charge

U.S.-China trade concerns remained at the fore of investors’ minds amid signs that the Chinese were ready to make significant concessions to their industrial policy and reduce tariffs on imported autos. Trump also indicated that he would intervene in the arrest of Huawei’s chief financial officer Meng Wanzhou if it would help ensure a trade deal with China.

The perception of progress was tempered by news late Wednesday that China had arrested a second Canadian national in apparent retaliation for Meng’s arrest, while reports surfaced that Trump’s aides were warning the president that his authority to intervene in the affair is limited.

On Thursday, reports that China has stopped requiring local governments to work toward its “Made in China 2025” strategy, however, have added support to the thesis that China is willing to slow its push to strengthen its high-tech industry at the expense of foreign rival firms.

Trump also said in an interview with Fox News that he hopes the Fed “won’t be raising interest rates anymore.” It was Trump’s latest criticism of the central bank, which is scheduled to meet next week to determine its interest rate policy. Economists projected that the Fed is likely to raise its benchmark rate by a quarter-point to a range between 2.25% and 2.5%.

The Labor Department announced Thursday that initial jobless claims fell in the week ended Dec. 8 by 27,000 to 206,000, easing fears that layoffs have been steadily rising.

The government also said that U.S. import prices fell 1.6% in November, their largest decline in three years, led by the falling cost of oil.