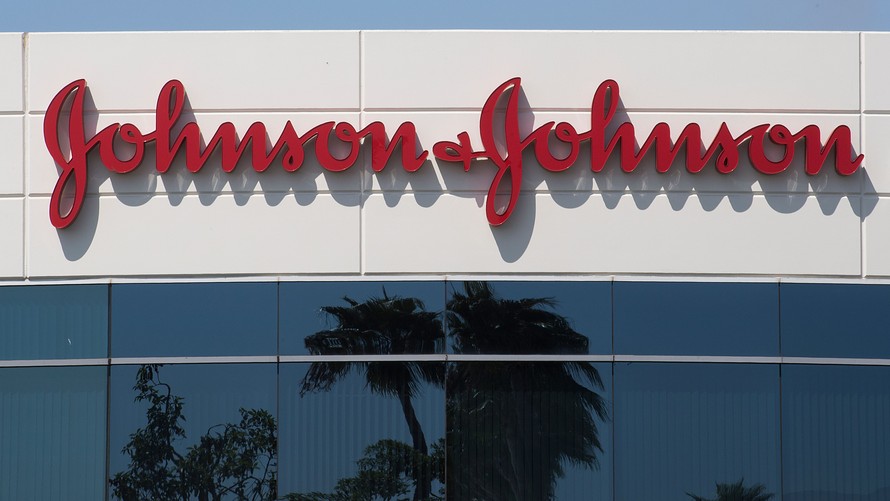 AFP/Getty Images
Dow gets a lift from health-care related companies like J&J.

The Dow booked hefty gains on Monday, supported by healthcare companies Johnson & Johnson and UnitedHealth, as investors assessed efforts to slow the spread of the COVID-19 pandemic and cushion the economy against the impact of a near lockdown of activity across much of the U.S.

What did major indexes do?

Investors remain focused on the growing number of COVID-19 cases and deaths in the U.S. and Western Europe. President Donald Trump, in a Sunday evening news briefing, said he had extended social-distancing guidelines through April 30. Trump had previously indicated a desire to begin lifting restrictions by Easter Sunday, on April 12.

Trump said the death rate was likely to peak in two weeks and that the U.S. would be “well on our way to recovery” by early June.

Some analysts said Trump’s decision to back away from an April 12 target for reopening the economy helped to stabilize investor sentiment. Trump’s “radical change in tone” showed the president is now taking the crisis seriously and was poised to listen to scientists on how to deal with the pandemic, said Boris Schlossberg, managing director of BK Asset Management, in a note.

Adding to bullish sentiment, Italy saw the smallest increase in cases in two weeks , with the World Health Organization voiced hopes that they were seeing a stabilization of the coronavirus trajectory in Italy and Spain as a result of the European lockdowns.

“People are very sensitive to the peak count. But it’s very difficult to see that in real time. You tend to only know a few days or weeks after you’ve hit it,” said Michael Reynolds, an investment strategy officer at Glenmede, in an interview.

He added equities bottomed out in China, Japan and other Asian countries once investors thought they had passed the peak.

Stocks also received a boost last week as U.S. lawmakers put together and passed a $2 trillion stimulus package aimed at cushioning the blow of the pandemic. But investors like Reynolds say it’s now important to see when the money is put into people’s pockets.

“It’s not just about us getting a bill, it’s also important to see how quickly that stimulus is deployed,” said Reynolds.