U.S. stock market at record but farm bankruptcies at highest since 2011 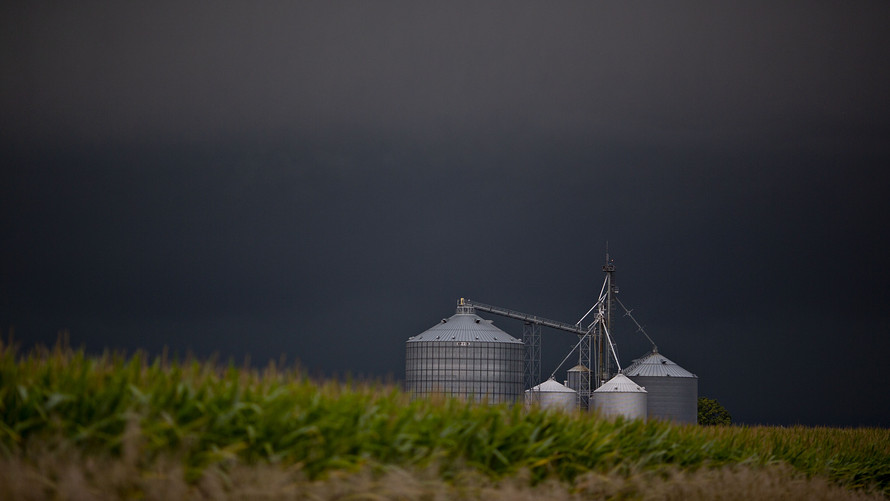 While the U.S. stock market is soaring to new record highs, farmers are having trouble paying their bills in the heart of America’s agricultural sector.

Farm income fell in each state within the region from a year ago and credit conditions in the Federal Reserve’s Tenth District deteriorated in the third quarter despite an increase in the price of certain commodities and additional government aid to farmers.

Farm household spending and capital spending both declined, with bankers in the Kansas Fed’s region saying they expect the trends to continue.

See also: It’s great the stock market is setting records, but it’s not because the economy is great

Farmers have struggled to escape a downturn that began in 2013, a slump made worse by President Trump’s trade war with China, Mexico and Canada that cut exports and depressed already low prices, while extreme weather including flooding, a freeze, and drought early in 2019 added to farming woes.

In other districts such as Iowa, farm finances are also faltering. About 85% of Iowa land is used for farmland and it’s ranked first in U.S. corn and egg production and one-third of the country’s hogs are raised in Iowa.

Iowa farm debt hit $18.9 billion in the second quarter, the highest level in the nation, according to Ohio State University agricultural lending data.

The Trump administration rolled out a total of $28 billion in farm assistance packages over the past two years to offset losses due to the trade war, but Plastina said the assistance Iowa farmers received has only slowed, but not reversed, the trend of financial decline for farmers.

Farmers have worked to lower costs, restructure debt, and free up cash. Some growers also have sold unneeded equipment and land to keep operations afloat.

Nationwide U.S. farm bankruptcies in September surged 24% to their highest level since 2011 amid strains from President Trump’s trade war with China and a year of wild weather.

In the 12 months through September, there were 580 Chapter 12 farm bankruptcy filings, the most since 2011, the American Farm Bureau Federation reported. Wisconsin, which was among the top five milk-producing states in 2018, had the highest number: 48.

Growers are becoming increasingly dependent on trade aid and other federal programs for income, according to figures in a report by the American Farm Bureau Federation, the nation’s largest general farm organization.

Nearly 40% of that income – some $33 billion in total -- is related to the federal governments trade assistance, disaster assistance, the farm bill subsidies, and insurance indemnities and has yet to be fully received by farmers and ranchers

The squeeze on farmers underscores the toll that China’s retaliatory tariffs have taken on a critical Trump constituency as the president enters the 2020 reelection campaign. The figures also highlight the importance of a “Phase One” deal the administration is currently negotiating with Beijing to increase agriculture imports in return for a pause in escalating U.S. levies.

U.S. farm debt is projected to reach a record high of $416 billion, according to the U.S. Department of Agriculture. Adjusted for inflation, the current farm debt is just below the 1980 record at $431.6 billion. That was just before the 1980s farm crisis struck.

While President Trump is touting the rally in the stock market, saying the economy is booming and repeatedly promising a trade deal as being close, farmers throughout the country are not experiencing the same level of success.

See also: Why farm bankruptcies have climbed, even with milk and cheese prices up 40% this year