NEW YORK (MarketWatch) — U.S. stocks surged Monday, with the Dow industrials extending their triple-digit moves into a fifth session, as investors latched onto any clues ahead of Wednesday’s monetary-policy decision by the Federal Open Market Committee.

“I’m a little surprised investors are willing to get this much in front of the FOMC meeting, just on the off chance the Fed says something meaningful,” Mark Luschini, chief investment strategist at Janney Montgomery Scott. 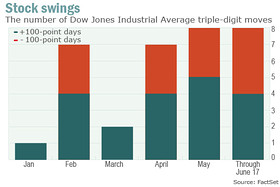 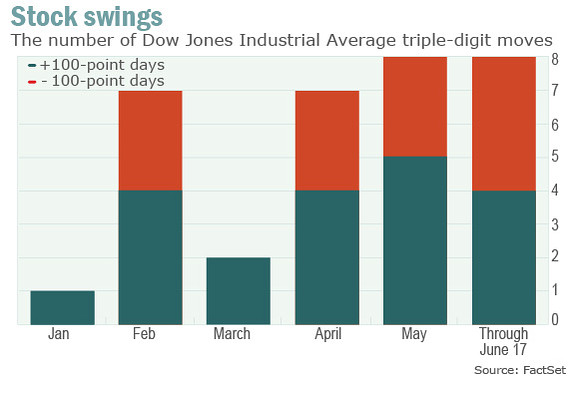 Volatility returned to the stock market more than a month ago, when Wall Street interpreted testimony by Federal Reserve Chairman Ben Bernanke as a mixed message on the timing and pace of eventual Fed tapering.

The Dow Jones Industrial Average /zigman2/quotes/210598065/realtime DJIA -0.12% has made a triple-digit move in 11 of the 16 sessions that followed Bernanke’s May 22 briefing to Congress. 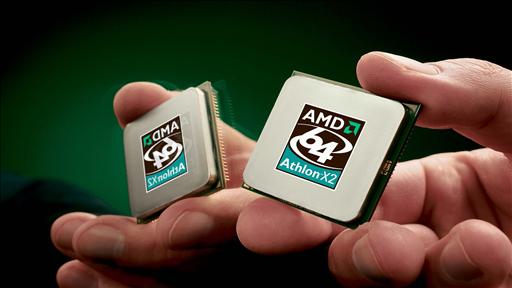 Why AMD is rallying

Investors had dramatically curbed their enthusiasm for equities after the Financial Times on Monday afternoon published an article saying Bernanke would likely signal the central bank is close to cutting back on its $85 billion in monthly bond buys, while also reiterating any such move is dependant on the economy.

But the FT writer behind the piece, U.S. economics editor Robin Harding, then tweeted that he was only offering his view point, and had not insider knowledge of what the Fed would do.

“Most observers expect Bernanke to clear things up for them on Wednesday with respect to the tapering question. What if it is the same old line, ‘it’s data dependent?’ I’d prefer to take some profits and hedge going into the Wednesday press conference,” said Elliot Spar, market strategist at Stifel, Nicolaus & Co.

“We don’t expect to see any change in policy, either in bond buying or interest rates,” Luschini added of expectations the central bank would hold its federal-funds-target rate near zero and maintain its asset purchases.

The Fed Tuesday begins a two-day meeting, with Bernanke slated to speak at a press conference after the Wednesday decision. Stocks declined last week as investors considered whether Bernanke would communicate that reduced central-bank stimulus lies ahead.

Gold prices fell and oil futures also slid; the dollar advanced against other currencies and Treasury prices were mixed, with the yield on the 10-year note  used in determining mortgage rates and other consumer loans at 2.177%.

“The bond market is really unchanged at this juncture, perhaps anticipating the FOMC meeting for any kind of guidance,” said Luschini.

Economic data on Monday had a gauge of factory activity in the New York region and a separate index of home-builder sentiment rising in June.

The manufacturing report was “clearly positive and a welcome turnabout from the previous reading,” while the builder results reinforce “what has been a good news story in the housing market,” said Luschini.