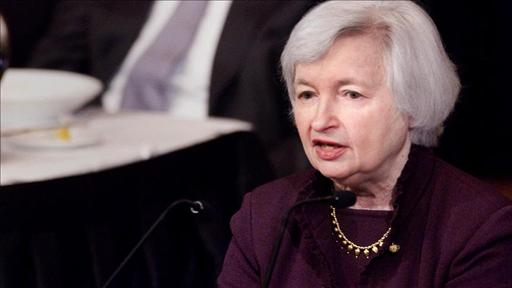 Federal Reserve's No. 2 official makes case for sticking to the central bank's low interest-rate policies and says the Fed might need to take extra action to bolster the economy. (Photo: AP)

Sentiment also was bolstered by expectations for first-quarter earnings in light of a significantly lowered bar.

“Earnings are going to be better and maybe the Fed is not done yet. I would look at lowered expectations being very easy hurdles to clear for many companies,” said Nick Raich, director of research with Key Private Bank.

“It’s like if I go to a movie, and people say how great it is, I’m always disappointed. But if people say it stunk, I’m pleasantly surprised. So the first quarter is like a crappy movie,” he added.

Hewlett-Packard Co. /zigman2/quotes/203461582/composite HPQ +6.78%  led blue-chip gains, up 7.2%, after a study found shipments of personal computers unexpectedly climbed in the first three months of 2012. Researcher Gartner Inc. concluded H-P heightened its stance at the top of the heap in terms of PC shipments, accounting for 17% of global shipments in the first quarter.

Between 70% to 75% of companies on the S&P 500 will beat expectations for the first quarter, thanks to dramatically lowered estimates, according to Raich.

Expectations for first-quarter earnings growth stood at 13% last summer, and have since been lowered to 3%. “We actually had 13% earnings growth in the fourth quarter, and you just don’t go from 13% to 3% without a shock, so estimates went too far down,” he commented.

New York Fed President William Dudley said in a speech Thursday that the economy is not yet strong enough to make a significant dent in the jobless rate.

His words come a day after Janet Yellen, the Fed’s vice chair, told another gathering in New York that she expects the country will fall “far short in achieving our maximum-employment objective.” Read story on Yellen’s remarks.

The comments from Yellen are “very much in sync with what [Fed Chairman] Ben Bernanke is saying; it is reinforcing the notion that things look decent but we have to remain accommodative,” said Mark Luschini, chief investment strategist at Janney Montgomery Scott.

Stock futures had reined gains after the Labor Department reported claims rose by 13,000 to 380,000, the highest since late January. Read story on jobless claims.

Also, “China’s new loan volume came out higher than estimates; that may have fed into people’s thoughts on the quarter,” added Stone of a report Thursday from the People’s Bank of China. “It bolsters the soft-landing story in China. We’re pretty sure we can get through a mild recession in Europe, but combined with a hard landing in China, the U.S. economy can’t escape both of those.”

Search giant Google Inc.’s /zigman2/quotes/205453964/composite GOOG -0.20%  shares rose 1.3% ahead of the technology company’s results after Thursday’s close. Read the latest news on Google and its earnings.