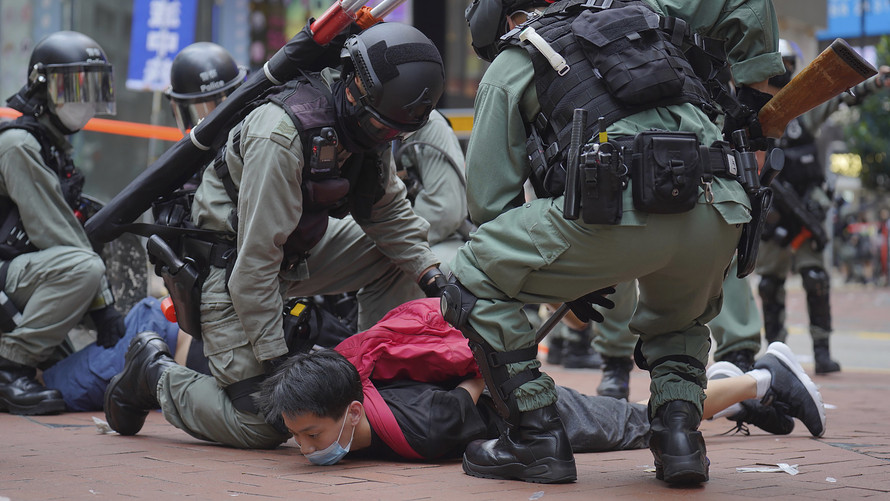 Associated Press
Riot police detain a protester during a demonstration against Beijing's national security legislation on May 24 in Hong Kong.

WASHINGTON — As U.S. officials weigh sanctioning China over its recent moves in Hong Kong, the city’s status as a global financial center limits the menu of effective levers available to Washington.

Major actions against Hong Kong’s financial system risk hitting U.S., Western and Hong Kong companies and consumers, officials and analysts say. More targeted sanctions against Chinese officials and trade measures against products made in Hong Kong would have little impact on Beijing’s integration of the city into the mainland’s political and security system, these people say.

Trump administration officials discussed Hong Kong plans Thursday in a White House meeting, according to people familiar with the gathering. Officials will regroup early this week and may announce sanctions or other measures, one official said.

“You want to find sanctions that hurt the perpetrators of the law without shooting yourself in the foot, and it’s a difficult exercise,” said Wendy Cutler, vice president of the Asia Society Policy Institute and a former senior U.S. trade official. “There are a lot of options, but none of them are great.”

Beijing last month unveiled a new security law that gives the mainland greater role in policing and limiting political movements on the territory, a step that the U.S., U.K. and other Western countries say violates the “one country, two systems” principle and the treaty that transferred Hong Kong to Chinese administration in 1997.