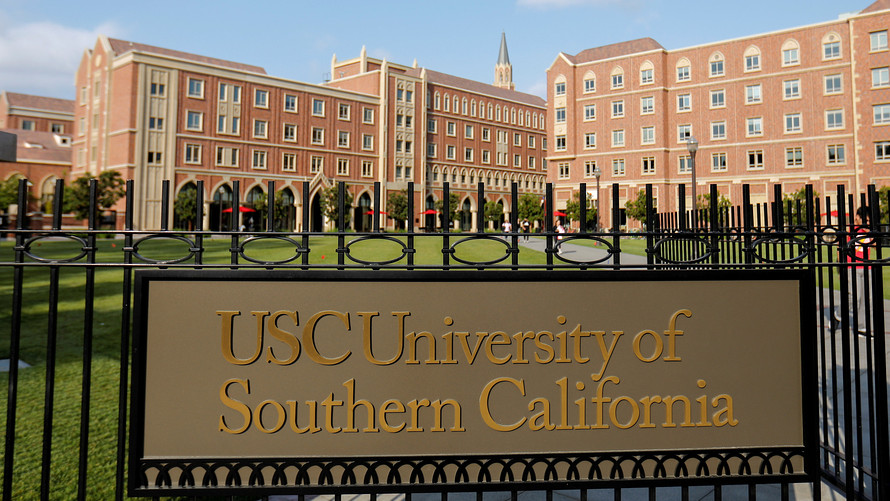 Reuters
The University of Southern California in Los Angeles.

The University of Southern California said late Wednesday it will bar from admission about half a dozen student applicants connected to a firm indicted in a sweeping college admissions scandal.

William “Rick” Singer, who owns an admissions consulting firm, is accused of conspiring with wealthy parents to pay bribes to get their children into prestigious schools. He has pleaded guilty.

USC’s interim President Wanda Austin told the Los Angeles Times that about a half-dozen students affiliated with Singer’s firm will be barred. A USC statement said officials will also conduct a case-by-case review of current students and graduates tied to the allegations.

Among those current students is Olivia Jade Giannulli, daughter of actress Lori Loughlin and fashion designer Mossimo Giannulli, who was reportedly celebrating spring break in the Bahamas on a yacht owned by a USC board of trustees member when the indictments were handed down Tuesday.

Read: Meet the YouTube star caught up in the admissions scam who once said she only cares about ‘game days’ and ‘partying’

Austin also said the university has identified at least $1.3 million in donations from those involved in the scheme and that money will be redirected to scholarships for underprivileged students.