Value stocks are where investors should be right now 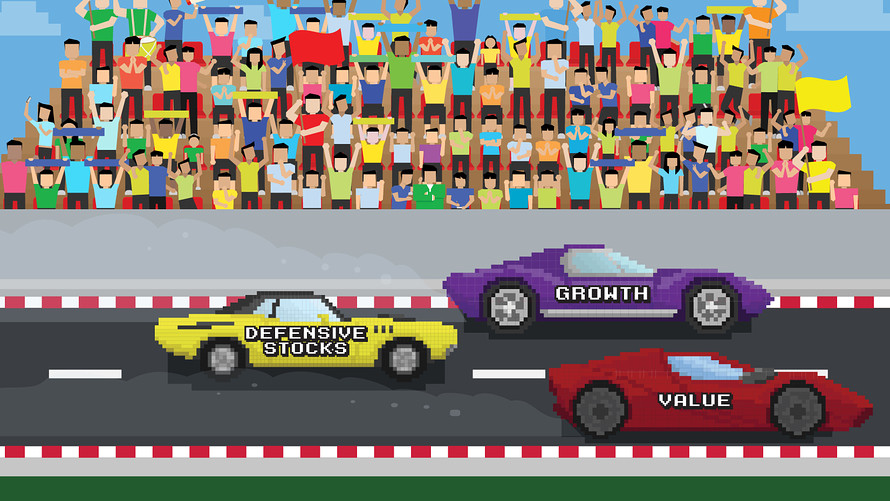 It was really too much to expect the growth sector to lead a shiny, post-election bull market advance.

There is no question that value stocks are the place to be right now, especially at the large-capitalization level, but also among small issues. The number of pattern setups in a market that has booked handsome gains, though, isn't many.

Growth issues most often come into their own during the early portion of a bull market which normally is stoked by central bank cuts in the federal funds rate. Expecting an entire bull to be led by growth is just not realistic.

It is a common misconception among those who consider themselves growth-stock aficionados that a market led by something other than the growth sector is an unhealthy market and one destined for cheaper quotations.

Growth shares have roughly led a bull market about 40% of the time. The rest of the time, leadership emanates from either value/cyclical industry groups or defensive segments. In most cases, however, the biggest market gains coincide with a period of growth-stock leadership.

For the committed breakout player, value/cyclical titles are generally more challenging to trade because their post-breakout follow-through from a basing pattern is usually less impressive. In part, this is due to their being influenced by economic news releases much more so than growth stocks.

Because the latter are largely recession-resistant, they are less prone to being buffeted around by economic reports. A growth stock tends to march to the beat of its own drummer.

Another reason for growth shares' more-impressive moves is that their price-earnings multiples are greater. A rise in the earnings component has a greater effect on the price component, all else equal. Market participants have a harder time valuing growth titles since the potential of their market is often unknown. This often results in an overshoot to the upside by its stock price.

Otherwise, there has been a decided lack of enthusiasm for growth issues, i.e. those recession-resistant names that are expected to grow earnings in the high teens percentage-wise, or more. This is to be expected in a mature bull market amid a rising interest-rate backdrop.

Among the names, Everbridge /zigman2/quotes/202832262/composite EVBG -3.09% is a recent new issue, having come public three months ago at $12. The company has lost money for the past three years. Most Wall Street analysts who track the enterprise software developer eye more red ink this year and next.

As previously mentioned, initial public offerings that advance at least 50% in the first two months are accorded special attention. Empirically, these types of actors tend to be among the better performers going forward. In Everbridge's case, price jumped as much as 56% in its first two days of being a publicly traded issue.

The stock then corrected as the general market weakened during October. This past week, the price cleared the top of a cup-with-handle pattern. It currently sits 11% past its entrance pivot, or the high of its handle.