Vaping, cannabis and, yes, life insurance — the Philip Morris and Altria merger talks are about more than cigarettes 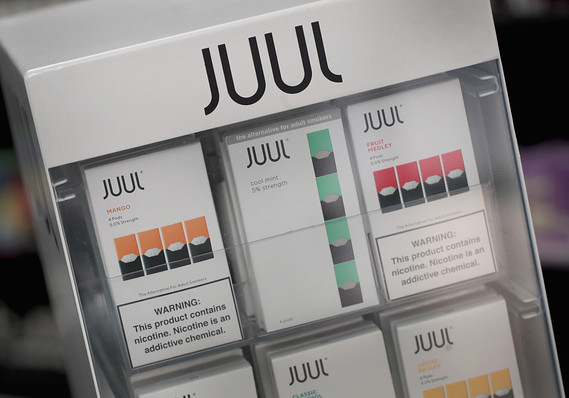 Getty Images
Electronic cigarettes and pods by Juul, the nation's largest maker of vaping products on sale in the U.S.

Philip Morris International /zigman2/quotes/201611010/composite PM -1.75%   and Altria Group /zigman2/quotes/208895754/composite MO -2.50%  are in advanced talks to merge, in a deal that would reunite the makers of Marlboro more than a decade after they split and create the world’s biggest tobacco group with a $200 billion market value. Back then, the logic for breaking up was to liberate the faster-growing overseas operation from the U.S. business which had been dragged down by smoker lawsuits.

This time, the merger, which would create a combined group with $200 billion in sales, is about positioning themselves for a smoke-free future by finding new sources of growth to offset declines in the traditional cigarette market.

Here’s a look at five new ways Philip Morris and Altria are diversifying their product base.

Philip Morris, which operates outside of the U.S., has invested more than $6 billion over the past ten years to develop heated tobacco products which give smokers the nicotine they want with fewer harmful chemicals than burning a cigarette. Its IQOS product sells in 46 overseas markets and has sold well in Japan and other Asian markets. Altria has the licence to market and distribute IQOS in the U.S. and will initially test the product in Atlanta, Georgia before rolling it out across the U.S. The licencing agreement includes royalty payments to PMI.

Altria paid $12.8 billion in 2018 to take a 35% stake in Juul Labs, giving Juul a market valuation of $38 billion. Altria’s e-business grew 40% in the first six months of 2019, with Juul accounting for the bulk of that number. Philip Morris could help Juul, which analysts estimate commands more than 70% of the U.S. e-cigarette market, step up its expansion overseas in the face of increased scrutiny from U.S. regulators which have warned that teenage vaping has become an “epidemic.” In June, San Francisco, where Juul is headquartered, became the first major U.S. city to ban the sale of e-cigarettes that do not have approval from the Food and Drug Administration.

PMI launched Reviti, a new life insurance subsidiary in the U.K. last April and has plans to eventually expand into global markets. The venture rewards policyholders who quit cigarettes for iQOS, its heated tobacco device, for three months or more will receive a 25% discount on their life insurance premiums and those who use e-cigarettes made by other companies can get a 2.5% discount. Any customers who give up smoking for a year can get a 50% discount. PMI says the discounts are based on “robust scientific data” but critics say the company is putting profits before customer health by offering bigger discounts for those who use its own heated tobacco products instead of e-cigarettes.

Altria bought a 45% stake in Canadian cannabis company Cronos Group /zigman2/quotes/206842762/composite CRON +0.95%   for $1.8 billion last year, with an option to increase that to 55% in the next five years. By moving into cannabis early, Altria is positioning itself to take market share in new countries as U.S. states legalize recreational and medical marijuana. Cronos sees an opportunity to customize vaporizers for cannabis. The U.S. Centers for Disease Control and Prevention (CDC) is investigating a series of lung illnesses that it believes may be linked to e-cigarette use, although it has not yet established the cause.