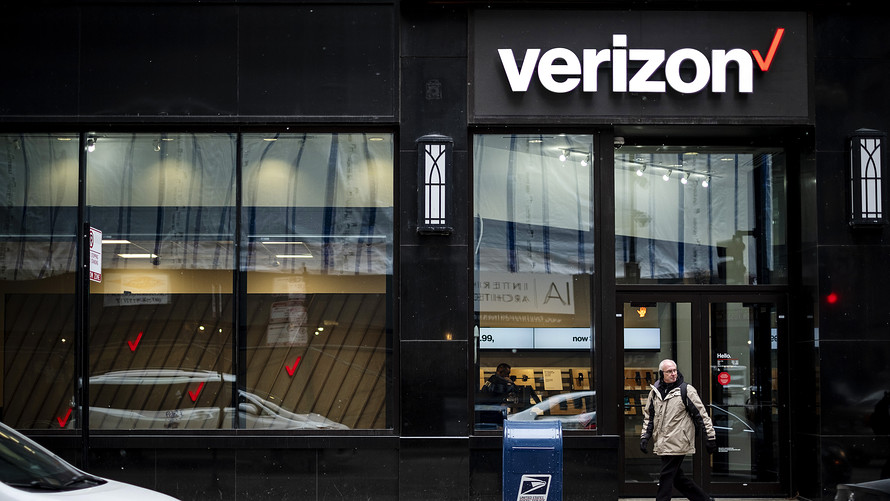 Christopher Dilts/Bloomberg
Verizon’s stock has outperformed AT&T’s over the past month.

Verizon Communications Inc.’s boring story suddenly sounds a lot more appealing amid concerns about an economic slowdown, according to one analyst.

“Our thesis on Verizon /zigman2/quotes/204980236/composite VZ +0.35%  has been that while it has a less complicated business model, it had little upside to drive higher valuation or a meaningful catalyst,” wrote Raymond James analyst Frank Louthan IV. “Given the change in sentiment and market conditions, this no longer seems to be the appropriate way to look at the name.”

Louthan upgraded Verizon’s stock to outperform from market perform on Monday, writing that the shares have “defensive characteristics with steady free-cash flow and more importantly lower leverage than AT&T /zigman2/quotes/203165245/composite T +0.35% .” He expects that investors will be attracted to the stock’s yield, which currently stands at 4.75%, as well as its more favorable leverage positioning relative to peers.

Don’t miss: Verizon stock gets an upgrade at Cowen due to compelling yield spread

He downgraded AT&T’s stock to market perform from outperform in the same note, arguing that the company’s dividend and buyback program will likely be outweighed by other concerns.

“We believe the higher leverage relative to Verizon, combined with risks to Warner Media from the loss of March Madness, NBA, and other major sports programming and advertising, and continued cord shaving/video subscriber losses (all of which are expected to pressure results and operating metrics) make it less attractive in this environment relative to its peers,” Louthan wrote.

He added that AT&T shares underperformed the broader market during the 2008 recession “and if a recession appears later this year, this could be worse for AT&T with a different business mix.”

Though consumers are ever more attached to their mobile devices, “we do not believe the stocks will be rewarded for being steady, free-cash flow machines as these broader leverage and growth fears become paramount,” Louthan wrote of the telecommunications sector more broadly. “Fears of accelerated cord cutting, cord shaving to smaller packages, and business declines will be the third strike behind the lack of real growth and the ‘high leverage’ regardless of how consistently they are expected to put up results in a recession.”

Read: ‘Bearmageddon’ for stocks appears to be upon us, strategist says

Get news alerts on Verizon Communications Inc. and AT&T Inc. — or create your own.