‘I think people don’t truly appreciate the formidable combination of assets that this deal creates,’ Bakish says of the company’s stock 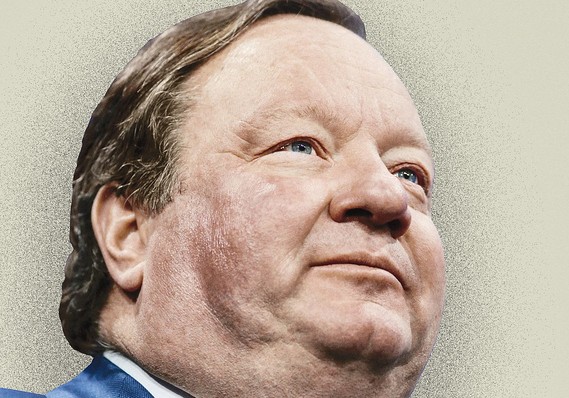 With CBS and Viacom set to recombine after nearly 14 years apart, how did Viacom’s chief of three years, Bob Bakish, get the nod from the Redstone family, which controls both companies, to run the whole show?

One reason is that Bakish has made fast improvements to challenged assets. Last quarter, Viacom logged its first growth in U.S. advertising revenue in five years. Its film studio, Paramount, which was losing hundreds of millions of dollars when Bakish took over, is expected to turn a profit this fiscal year.

Another is that Bakish has found some answers to television’s existential challenge: how to follow viewers, wherever they choose to watch. Viacom’s two-year-old cluster of businesses called Advanced Marketing Solutions, or AMS, can run TV-like ads against content that might otherwise escape them — including on set-top boxes and social media, and at Netflix /zigman2/quotes/202353025/composite NFLX +1.23%   alternatives that don’t charge subscription fees. One of the largest is Viacom’s Pluto TV, which had 18 million viewers as of the end of July, and probably has added millions since then.

On combining CBS and Viacom:

The assets are highly complementary. Viacom has a younger audience, and CBS [CBS] has an older audience. CBS is U.S.-centric, and Viacom is more international. Combined, the companies are No. 1 in every U.S. audience demographic. That’s a tremendously strong position to distributors and to advertisers. Combine that with Viacom’s widely understood leadership in Advanced Marketing Solutions. And we can accelerate direct-to-consumer products.

We’ve publicly stated that there’s a $500 million synergy number. To be clear, that’s cost savings that we have a clear line of sight on. It’s reasonable to assume there’s additional potential on costs. Revenue synergies account for zero of that $500 million, yet there are substantial opportunities. In fact, that’s the reason you really do the deal.

The combined company produces very substantial cash flow. The first and best use is to invest in our business, including content. We’ll continue to pay a modest dividend. We’re not going to radically ramp it up — we’re not trying to run a utility. The third use of cash, potentially, is M&A. We’ll look. Fourth, delivering. But both companies are investment grade today, and rating agencies like us better together than apart. That leaves excess cash flow. It allows us to be opportunistic in the market should we want to buy back stock.

I think people don’t truly appreciate the formidable combination of assets that this deal creates. I think they underestimate our ability to execute. But the thing they’re really missing is how this deal creates a company for today and tomorrow. For savvy investors, this is an opportunity to buy an extremely high-quality asset at an extremely low multiple.

Read the entire interview on Barron’s.