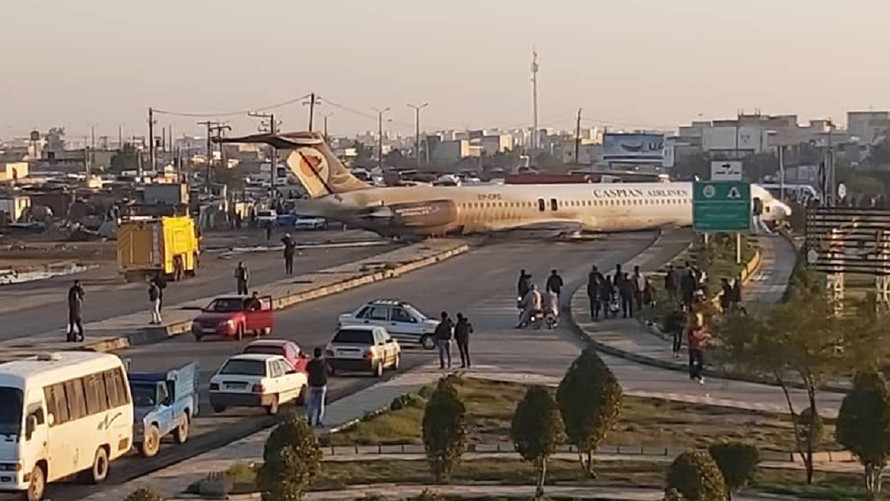 An Iranian passenger plane with 135 people on board skidded off the runway in the Iranian city of Mahshahr on Sunday, according to published reports , as onlookers captured video footage that quickly went viral across social media.

As Kalbasi pointed out, the plane belonging to Caspian Airlines, which is based in Tehran, came to a stop in the middle of a a street in Mahshahr, the same city where violent protests broke out last November.

A spokesman for Iran’s Civil Aviation Organization said all passengers on board exited the plane safely, according to the Tehran Times , and that the cause of the incident is under investigation.

Caspian Airlines last suffered a major accident in 2009, when a commercial flight crashed northwestern Iran, CNN reported . All 153 passengers and 15 crew members on board died in one of the deadliest aviation accidents in Iran’s history.