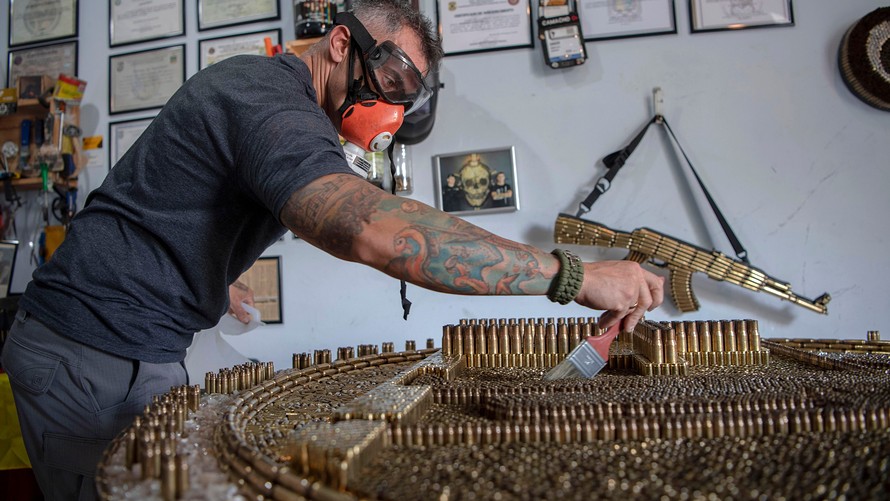 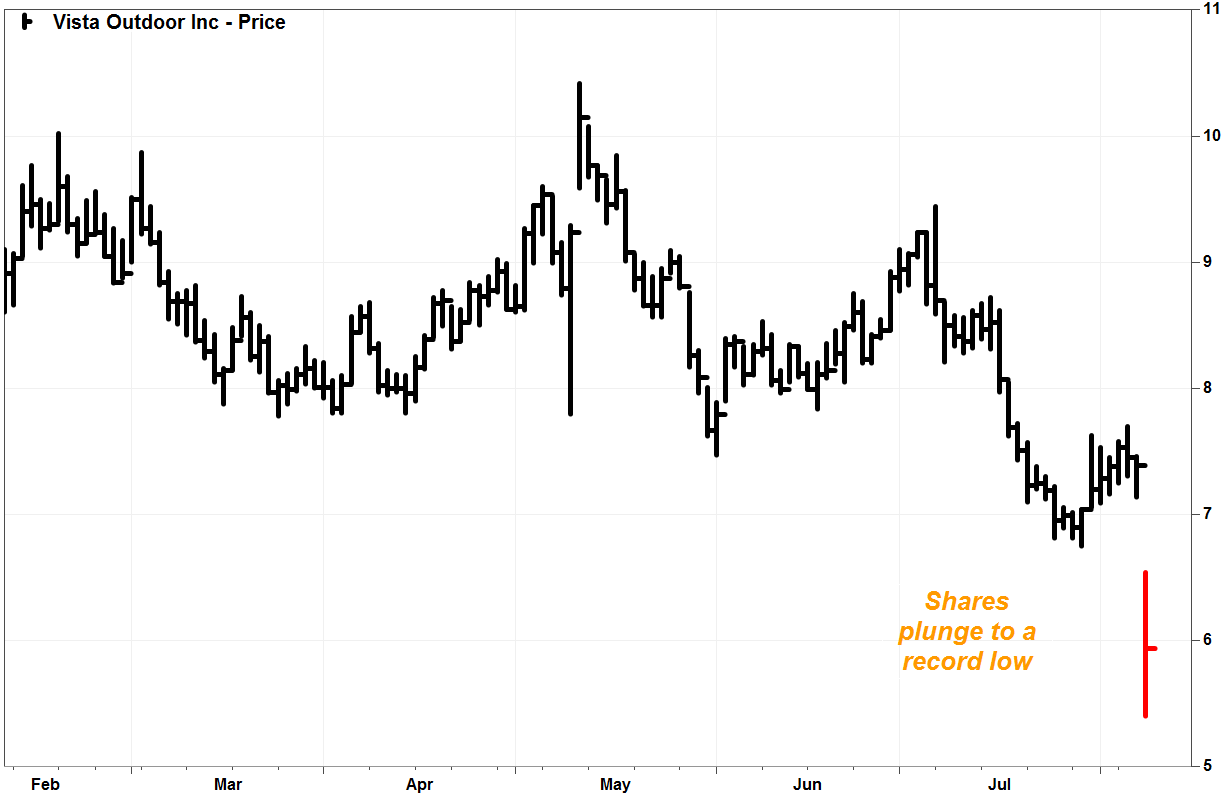 Industry analysts have said that the regulatory environment is among the biggest drivers of the firearms market, as concerns over tighter regulations had boosted gun and ammunition sales in the past. 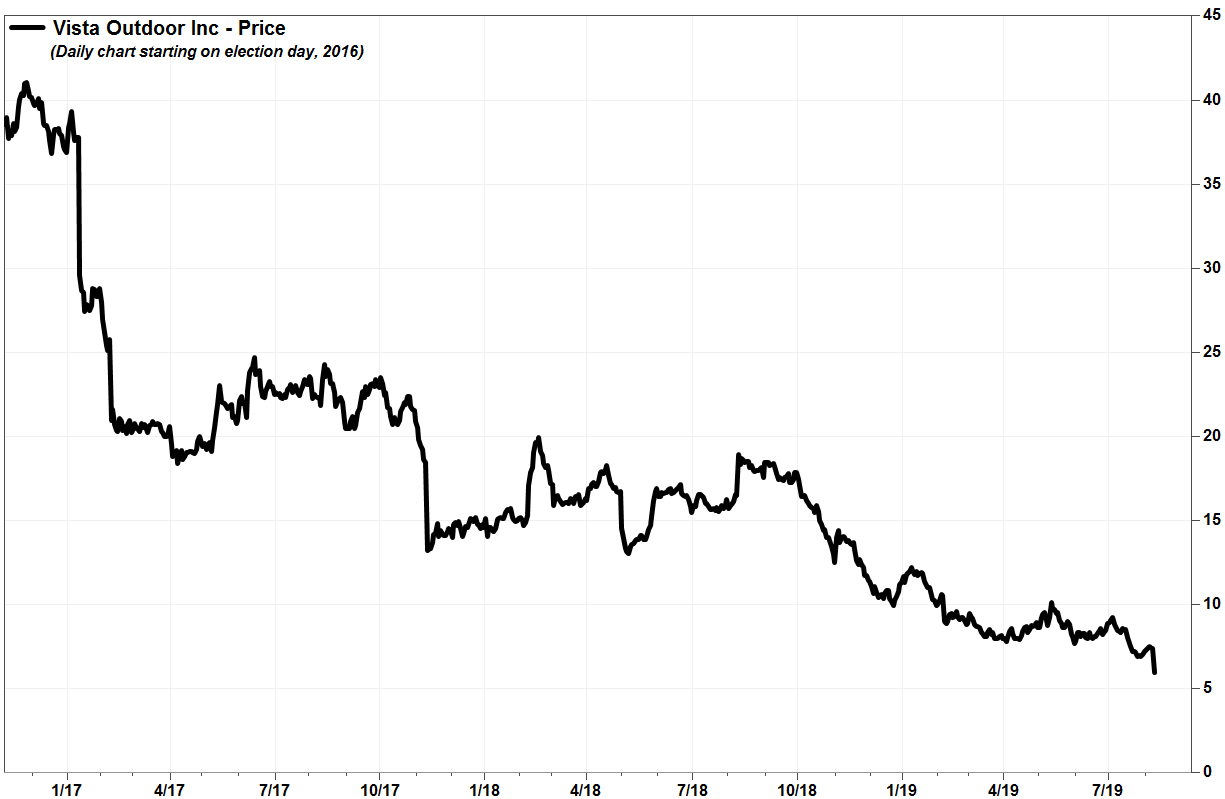 • The end markets for the ammunition and hunt/shot accessories businesses remain “soft,” although a 1.5% decline in ammunition sales was better than an estimated “mid- to high-single digits” percentage decline in the overall ammunition market. “We continue to face unprecedented challenges,” Metz said, according to a transcript provided by FactSet.

The continued weakness in ammunition and accessories businesses comes after Metz said in May that he was “finally seeing signs of stabilization” in ammunition, suggesting the shooting sports segment was “getting close to the bottom of the demand trough.”

• Metz said the company had to “yet again” absorb the impact of a customer bankruptcy as distributor Ellett Brothers filed Chapter 11 in June. “This move flooded the market with vastly discounted product in June affecting both our ammunition and hunt and shoot accessories businesses in Q1,” Metz said.

• Demand for rimfire ammunition continued to be soft. Rimfire is a type of lower-caliber ammunition in which the firing pin strikes the rim of the bullet to ignite the primer. “As a clear market leader in rimfire, the downturn in this ammo category is hitting us fairly hard,” Metz said.

• “The firearms market was very weak” in the quarter, Metz said. Although National Instant Criminal Background Checks (NICS) increased in April, May and June, “sales of firearms were frankly terrible.” The results include those of the Savage Brand, the sale of which was completed on July 8.

• As if that wasn’t enough, the company tariffs on goods imported from China is likely to become an even greater headwind, if the new 10% tariffs on an additional $300 billion of Chinese goods kicks in on Sept. 1.

Metz said much of the outdoor products industry sources goods from Chinese suppliers. “Quite simply, it’s still the most cost effective way to produce many of the highly engineered products that we bring to market,” Metz said. Retailers took a “wait-and-see” approach to the tariffs, Metz said, which delayed or cancelled many orders, and consumers were “more cautious” in their buying.

He said the new products that will be subject to tariffs will impact Vista “in a much more meaningful way” than the previous tariffs. Since bicycle helmets, sporting optics and components for water bottles will now be included, the new tariffs will hurt the Bell, Giro, Bushnell and CamelBak brands.

Earlier Thursday, the company reported a net loss for the quarter to June 30 that narrowed to $16.6 million, or 29 cents a share, from $52.3 million, or 91 cents a share, in the same period a year ago. Excluding non-recurring items, the adjusted per share loss was 8 cents, wider than the FactSet loss consensus of 3 cents a share.

On the bright side, Metz said the company recently won a duty round contract with the Los Angeles Police Department, which chose its Speer G2 round.

“This is a huge win for us, as it displaces our biggest competitor and will undoubtedly have a trickle-down effect on other police precincts who looked to the LAPD stamp of approval for their own department,” Metz said.