Walmart expects to save $60 million annually on shopping bags 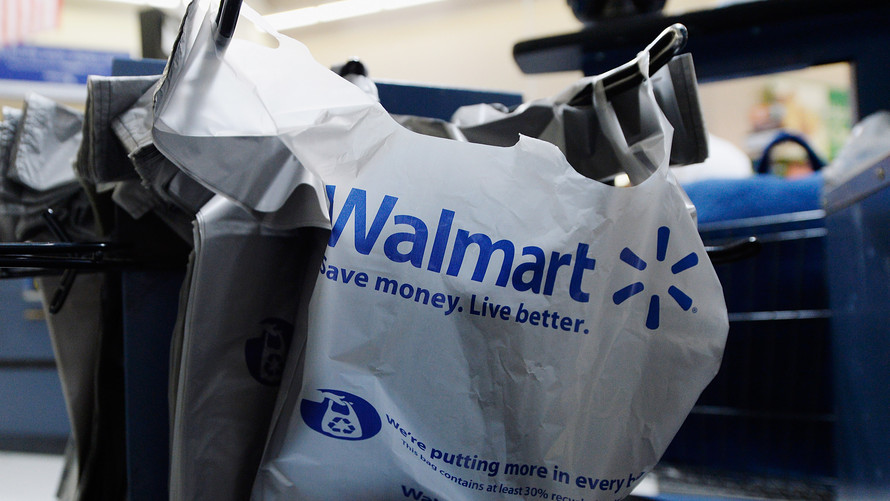 Walmart Inc. is saving big bucks on an unexpected part of the business: shopping bags.

The remarks were made after the retail giant announced its fourth-quarter earnings on Tuesday. The earnings announcement also fell on the same day as the company’s investment community event.

Biggs also said the company is saving 15% on the cost of vests worn by sales staff, which are made with recyclable materials. Biggs said the vests are “more comfortable and more sustainable.”

This isn’t the first time Walmart (NYS:WMT)   has announced savings from a random corner of the business. Back in October 2018, the company said it would save $20 million annually by switching to a new floor wax that was cheaper and made it possible to buff the floors fewer times.

While Walmart is anticipating big savings on shopping bags and associate uniforms, the impact of the coronavirus is still to be determined.

Biggs said the company anticipates a “couple of cents negative impact” in the first quarter from the coronavirus outbreak. The impact of the outbreak wasn’t included in Walmart’s fiscal 2021 outlook.

The FactSet consensus is for EPS of $5.21 and domestic same-store sales growth of 3%.

Fourth-quarter earnings and revenue fell short, which Chief Executive Doug McMillon attributed to a variety of factors, including the shortened holiday shopping season, the shift to e-commerce and the lack of a hot toy.

Walmart raised its dividend by 2%.

“Walmart’s Q4 performance, which we characterize as tepid overall, indicates that the holiday season was if anything even more promotional than we anticipated, with its U.S. operating margin down around 75 basis points for the quarter, some of which was due to mix as lower margin food sales were strong while higher margin apparel was weak, some due to softness in key holiday categories such as toys, and some due to increased expenses around delivery,” said Charlie O’Shea, Moody’s lead Walmart analyst.

GlobalData Managing Director Neil Saunders notes that the holiday challenges at Walmart weren’t unique to that retailer. Target Corp. (NYS:TGT)  , for instance, talked about the bigger-than-expected challenges of the shortened holiday season.

However, Walmart saw some cannibalization from its e-commerce business, which grew 35% in the fourth quarter, with customers opting for a digital purchase rather than going to stores, Saunders said.

“Competition from Amazon heated up across multiple categories as its spending initiatives further heightened promotional activity as it drove sales above management’s forecast, though in doing so it ‘sacrificed’ around 150 basis points of margin for the quarter,” Moody’s O’Shea said.

What also hurt was unrest in Chile, with Biggs saying that some stores in that country were destroyed during political protests. The business there is not expected to recover in the coming fiscal year.

Disruption in Chile coupled with a legal matter cost 5 cents per share in the fourth quarter. Chile hurt operating income by about $110 million.

Don’t miss: Coronavirus could drive up out-of-stocks at stores by April: Wells Fargo

“Overall, we think Walmart likely wasn’t immune from some of the near-term pressures like a shortened holiday season that impacted competitors such as Target during the holiday season,” wrote UBS analysts led by Michael Lasser.

“Still its early guidance leads us to believe that its current year-to-date performance in February has been strong and it’s well positioned to take further share.”

Walmart stock is up 18.4% over the last year. The Dow Jones Industrial Average (DOW:DJIA)   has gained 13% for the period.