Want to delete Facebook? Read what happened to these people first

By Maria LaMagna and Jacob Passy 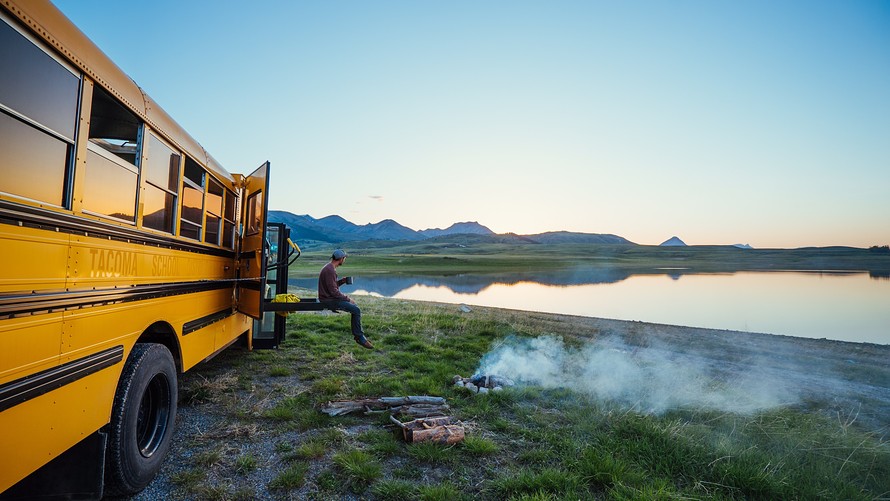 What’s life like after Facebook? Users of the world’s largest social network are once again exploring that question as #DeleteFacebook trends online.

Facebook CEO Mark Zuckerberg faced a grilling on Capitol Hill earlier this month. Zuckerberg was questioned by members of the House Financial Services Committee over his proposed cryptocurrency project Libra and the platform’s role in the 2016 U.S. presidential elections.

Many consumers also vowed to deactivate their accounts in 2018 after revelations that U.K.-based campaign strategy firm Cambridge Analytica used millions of Facebook /zigman2/quotes/205064656/composite FB +2.66%  users’ personal data without their permission,

Don’t miss: This is one person you should never unfriend on Facebook

Those who followed through and quit Facebook told MarketWatch they felt relieved to be free from the pressure to always lead a happy life online. But others said they had difficulty staying in touch with family and even difficulties dating.

Despite its recent privacy controversies, Facebook reported an increase in active users of 55 million on the previous quarter, bringing the global total to 2.37 billion active users.

Altogether, some 44% of users between the ages of 18 and 29 deleted the Facebook app from their phone in the wake of the Cambridge Analytica scandal, according to a 2018 survey by Pew Research Center .

The #DeleteFacebook hashtag began trending on Twitter once again this week following a report from Politico that Facebook CEO Mark Zuckerberg held private meetings with conservative journalists and commentators over the summer.

However, Facebook’s third-quarter results suggest that these anti-Facebook trends haven’t had a major effect on the company’s bottom line. Despite its recent controversies, Facebook reported an 1.6% increase in active users from the previous year, bringing the global total to 2.45 billion monthly active users.

So what happens when you kiss Facebook goodbye? Here’s what former users had to say about what happened after they deleted or deactivated their account:

‘It’s like a crazy ex that never forgets about you’

Jax Austin, a travel video blogger who travels the U.S. in a converted school bus, made the decision to delete his Facebook after the Cambridge Analytica scandal. But when he tried to, it didn’t work. “They make it so hard that it’s almost possible to delete it,” Austin said. “It’s like a crazy ex that never forgets about you.”

Others had the same trouble Austin did in making a clean break . Facebook is part of an ecosystem of apps. That makes the decision to delete far more complicated. Dating apps such as Tinder /zigman2/quotes/205118493/composite IAC +0.68%  and Hinge, and services like Spotify /zigman2/quotes/207488629/composite SPOT +0.70%  can all use Facebook to create user profiles.

Austin’s Facebook account was connected with the free web service If This Then That, which posted YouTube /zigman2/quotes/205453964/composite GOOG +2.40%   videos to his Facebook profile automatically as a way to generate views for his travel channel. Austin settled for no longer logging into Facebook and turned his personal account into a fan page.

‘So much of social life is tied to Facebook’

When Allen Watson, a freelance writer from South Carolina, deleted his Facebook account, his mother was the most disappointed of his Facebook friends. “That’s how she kept in touch with me,” Watson said. “She wants to show off the things that I do.”

‘People react really defensively and almost see a decision like this as an attack on them.’

Jillian Clemmons, an artist and astrologer from Los Angeles, mostly found that people were supportive of her choice. But she did encounter some hostility. “People react really defensively and almost see a decision like this as an attack on them,” she said. “In a way, it’s like how meat-eaters constantly complain about people who are vegetarian. They feel guilty and counter-punch first.”

Anastasia Ashman, an adviser for start-ups and investors who lives in San Francisco, said she quit Facebook when she became uncomfortable after the Cambridge Analytica scandal. One tweet in particular , from national-security expert John Schindler, convinced her to leave.

But the costs of leaving are “huge,” she said. She has few people’s recent email addresses or phone numbers, and she can no longer rely on Facebook for contacting them. “So much of social life is tied to Facebook I can’t even get the location information I need for an event I RSVP-ed to for next weekend, since it’s solely on Facebook,” she said.

Mark Maitland, a writer from Brighton, England, who quit Facebook last year, still uses Twitter and Instagram, but rarely. He now spends more time reading and writing, “talking and listening to real people,” walking his dog and running in nature.

Some people gave up Facebook years ago. Nick Vecore, a public relations professional from Leonard, Mich., said he quit Facebook in 2012, because he was simply sick of seeing “nonsense.”

“I am really not interested in whether or not your child is potty trained,” he said. “I could keep people up-to-date on my life by talking to them in person, by text or through a phone call.” It’s not a total digital social-media detox, however. He too still uses Instagram and uses Twitter /zigman2/quotes/203180645/composite TWTR +7.09% for work. 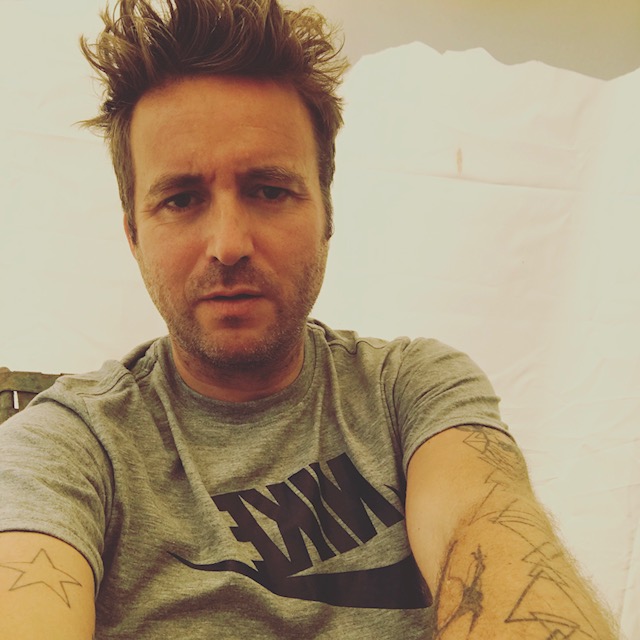 Courtesy of Mark Maitland
Mark Maitland is trying to spend more time off line with his wife and children.

Watson, the freelance writer, used Facebook to verify the identities of people he had met through dating apps. And while he can still do that if people have relatively public profiles, in most cases he can’t access their accounts because he no longer has one. “I’ve had occasions where I had to call somebody up and ask them to check something out for me,” Watson said.

And while he has not yet encountered anyone who was turned off by his lack of a Facebook profile, he does not bring it up when he meets someone new. 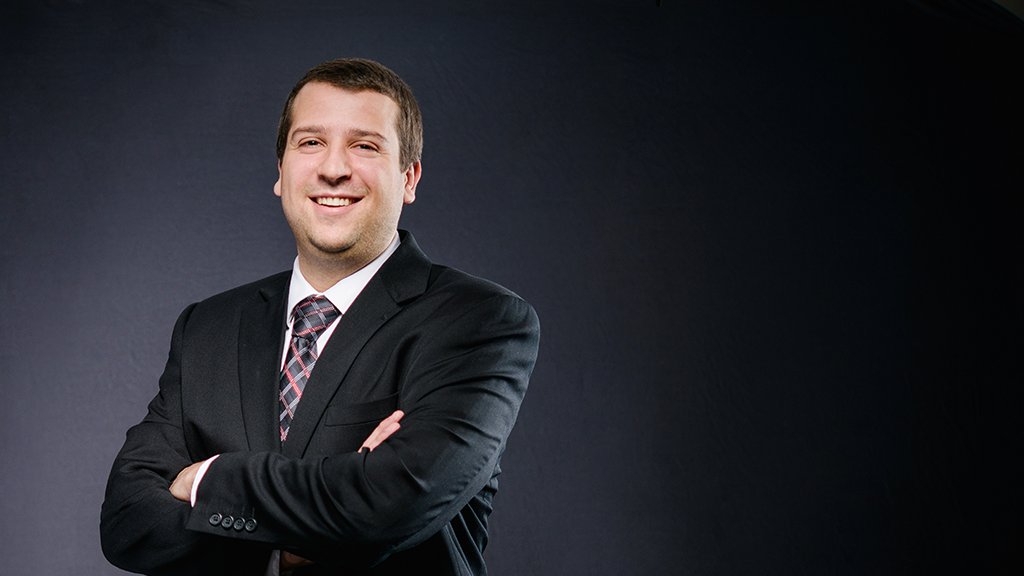 Courtesy of Nick Vecore
Nick Vecore said he grew tired of reading others’ posts on Facebook.

Some users only have Facebook on their desktop computer

Mae Turner, who lives in northeast Texas, initially deactivated her Facebook account in the wake of the Cambridge Analytica scandal, after being alarmed at how the company collected the call history information for her Android smartphone.

(Facebook CEO Mark Zuckerberg appeared before Congress last year to answer for some of these issues, including misuse of consumer data. In a statement to the House panel, he said, “It’s clear now that we didn’t do enough to prevent these tools from being used for harm …. It was my mistake, and I’m sorry.”)

But less than two weeks after deactivating her account, Turner revived it, because she felt isolated from friends and family. In one particularly troubling instance, it took days before she found out about the death of a close friend’s wife who lived in another state. The news had only been posted on Facebook. Her brother, who still had his account, was the one who relayed it to her.

“I started to feel like I was being left out of the loop,” she said. However, she is now a Facebook “light” user. She only uses the desktop version and does not allow any third parties to access her account information. And if she finds a social network that does not monetize user data? “I’ll bid Facebook a not-so-fond farewell in a heartbeat,” she said.