This rum ‘is a delicate and delightful sip’ 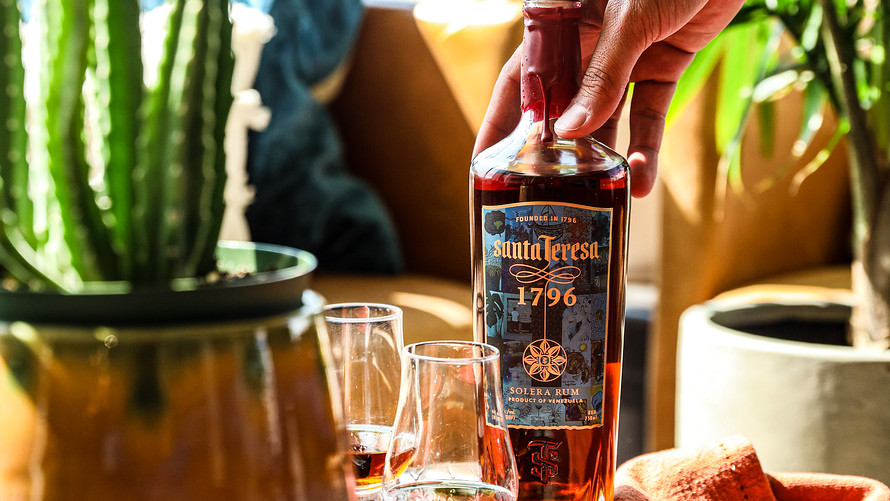 Elliott Clark aka Apartment Bartender
Santa Teresa 1796, a higher-end Venezuelan-made brand of aged rum from a producer with two centuries of history, is putting a spotlight on bartenders affected by the pandemic and lending them support.

The back story: Almost needless to say, these are challenging times for those in the bar business, with many drinking spots across the globe remaining closed because of pandemic restrictions. As a result, Santa Teresa 1796, a higher-end Venezuelan-made brand of aged rum from a producer with two centuries of history, decided to put a spotlight on bartenders and lend them support in different ways.

In particular, the brand has launched this limited-edition Crafted Together bottle, which showcases artwork on the label by more than 20 bartenders that reflects their response to the crisis. In addition, the brand has made a contribution to the USBG Bartender Emergency Assistance Program , a project by a prominent bartender organization to support those in the industry who are in need.

The brand says the move is in line with other charitable initiatives it has launched and supported. For example, its Project Alcatraz programs aims to help rehabilitate members of criminal gangs .

Of course, the brand stands to benefit from some of the publicity — and higher-end aged rums, which can be enjoyed as solo sips, could almost always use a boost. Consumers tend to think of rum as strictly a mixer (and even then, they often gravitate to Caribbean-made rums). Santa Teresa 1796 also is distinctive for being made using the solera method, a special aging and blending process that is said to add character to the drink.

What we think about it: It’s good to hear about any project that supports a troubled industry, though we do wish it was easier to see the showcased art on the label (the images are very small). As for the rum itself, it’s a delicate and delightful sip that highlights the spirit’s drier side. (Yes, as much as we associate rum, which is made from sugar cane, with sweetness, aged rums can take on a range of different flavors.) The brand says you should also pick up notes of everything from dark chocolate to nuts.

How to enjoy it: We say that you should sip this one neat to best appreciate that distinctive dryness. But the brand also suggests trying it in cocktails that call for whiskey — say, an Old Fashioned.