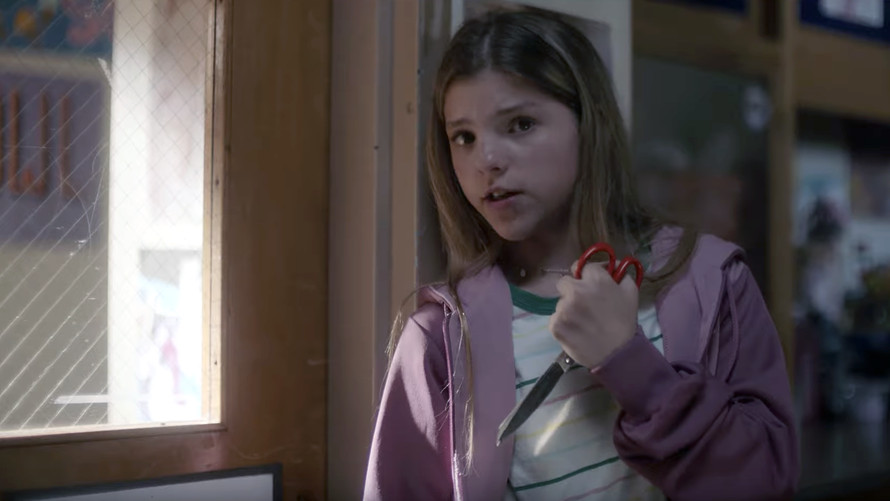 This year’s PSA from the nonprofit group Sandy Hook Promise may be disturbing to some, if not all, viewers.

Sandy Hook Promise, formed by families whose loved ones were among the 20 children and six adults killed in the 2012 Sandy Hook Elementary School mass shooting in Newtown, Conn., releases a public-service announcement each year to raise awareness about gun violence with the aim of preventing such tragedies in the future.

It’s outdone itself this time:

“These new sneakers are just what I need for the new year,” says a boy running for his life down a hallway.

“These scissors come in handy in art class,” whispers a girl, who clutches a pair of shears as a weapon while hiding behind a door. A classmate arms himself with colored pencils. 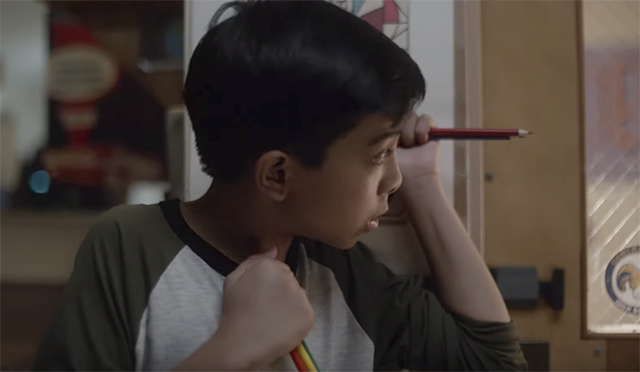 “These new socks — they can be a real life-saver,” chimes in another girl, who ties a tourniquet on the leg of a fellow student who’s bleeding heavily.

But the most gutting scene may be the one of a girl cowering in a bathroom stall, who texts “I love you mom” to her mother. “I finally got my own phone to stay in touch with my mom,” she says through her tears — as the ominous sound of footsteps approaches her hiding place. 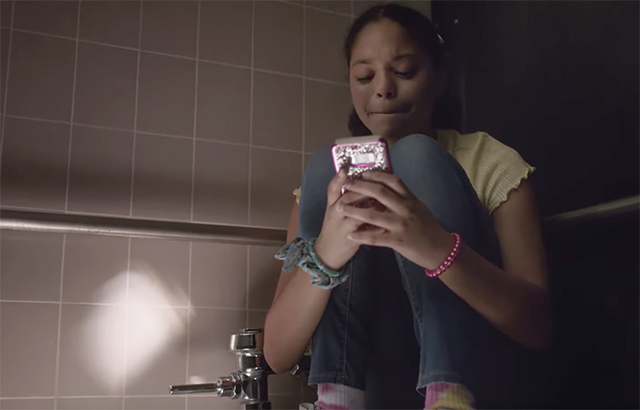 The spot ends: “It’s back-to-school time, and you know what that means.”

And a message that school shootings are preventable when you know the signs links to the Sandy Hook Promise website.

Nicole Hockley, a Sandy Hook Promise co-founder whose 6-year-old son Dylan was killed during the Sandy Hook shooting, told MSNBC’s Stephanie Ruhle on Wednesday that the PSA is meant to “shock parents, and say this is not what school should be about. We need to take action to prevent these.”

Hockley added that her surviving son, who is in 10th grade, practiced active shooter drills or evacuation drills in school every day last week. “I want people to be outraged by this new normal of school shootings and school violence,” she said.

The PSA struck a nerve with audiences, leading Sandy Hook Promise to trend on Twitter /zigman2/quotes/203180645/composite TWTR -2.76% early Wednesday. Viewers called the PSA “powerful” and even “a real punch to the throat,” with many admitting it had made them cry.

Katie Couric tweeted that 2018 was the deadliest year of gun violence on record, with 94 shooting incidents, including the Valentine’s Day shooting in Parkland, Fla., according to data from the U.S. Naval Postgraduate School . (Its K-12 School Shooting Database documents every instance in which a gun is brandished, or is fired, or a bullet hits a school property for any reason.)

Joe Biden, the former vice president and current Democratic presidential candidate, included the ad in a Twitter post while calling out Senate Republicans’ “inaction on gun violence.” (Senate Majority Leader Mitch McConnell has said he won’t bring legislation to the floor absent a signal from the White House as to which gun-control measure or measures President Trump is definitively amenable to, a posture for which his chamber’s minority leader, Chuck Schumer, and House Speaker Nancy Pelosi have expressed impatience.)

But critics of the Sandy Hook Promise message argued that such graphic images were emotionally manipulative, complaining that “using mass murder to further political agendas is about as sick as it comes.” Others complained that the video frightened them or argued that it could be used to inspire copycat shooters.

There have been more mass shootings — 283 — than days this year , according to a tabulation by the nonprofit Gun Violence Archive, including the rampage in Odessa and Midland, Texas, on Aug. 31; the Dayton, Ohio, and El Paso, Texas, shootings within a day of each other in early August; and a shooting at a Virginia Beach municipal building in May.