The legendary investor focuses on the fact that living standards have always improved in U.S. history 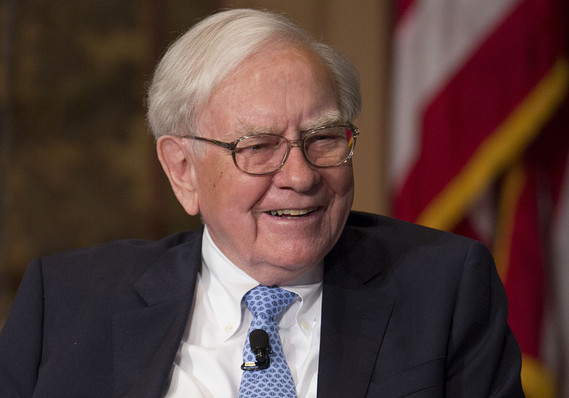 Bloomberg News
Warren Buffett: “Our country’s dynamism and resiliency have repeatedly made fools of naysayers.”

I was going to write some thoughts about Warren Buffett’s annual letter as I always do, but given the political and economic climate, I want to do something else. I want to talk about a central aspect of Buffett’s investment strategy: his long-term optimism.

In a political world in which we’re constantly being reminded that America isn’t great, and an economic environment that appears permanently sluggish, it would be easy to convince yourself that our living standards are in a state of permanent decay.

This sort of negativity might lead one to believe in extremist political views or take extremist approaches to asset allocation. These fears are almost always overdone. As I like to say, fear is the greatest destroyer of wealth. And every year for as long as I can remember, the greatest wealth accumulator in the world reminds us that these fears are unfounded, yet the message falls on deaf ears:

1998 shareholder letter : “Berkshire as a corporation, and we as individuals, have prospered in America as we would have in no other country. Indeed, if we lived in some other part of the world and completely escaped taxes, I’m sure we would be worse off financially (and in many other ways as well). Overall, we feel extraordinarily lucky to have been dealt a hand in life that enables us to write large checks to the government rather than one requiring the government to regularly write checks to us — say, because we are disabled or unemployed.”

Read: Buffett’s best opportunity might be his company’s own stock

2003 shareholder letter : “Our country’s dynamism and resiliency have repeatedly made fools of naysayers.”

2004 shareholder letter : “In no way does our thinking about currencies rest on doubts about America. We live in an extraordinarily rich country, the product of a system that values market economics, the rule of law and equality of opportunity. Our economy is far and away the strongest in the world and will continue to be. We are lucky to live here.”

2005 shareholder letter : “The U.S., it should be emphasized, is extraordinarily rich and will get richer.”

2006 shareholder letter : “I want to emphasize that even though our course is unwise, Americans will live better ten or twenty years from now than they do today. Per-capita wealth will increase.”

2008 shareholder letter : “Without fail, however, we’ve overcome [challenges to our country’s future]. In the face of those obstacles — and many others — the real standard of living for Americans improved nearly seven-fold during the 1900s, while the Dow Jones Industrials rose from 66 to 11,497. Compare the record of this period with the dozens of centuries during which humans secured only tiny gains, if any, in how they lived. Though the path has not been smooth, our economic system has worked extraordinarily well over time. It has unleashed human potential as no other system has, and it will continue to do so. America’s best days lie ahead.”

<STRONG>(On the next page, read about Buffett’s comments from 2010 to the present.)</STRONG>