Was Joe Biden the victim of an ageist attack at the Democratic debate?

The problem with ageism is that it’s ingrained in society 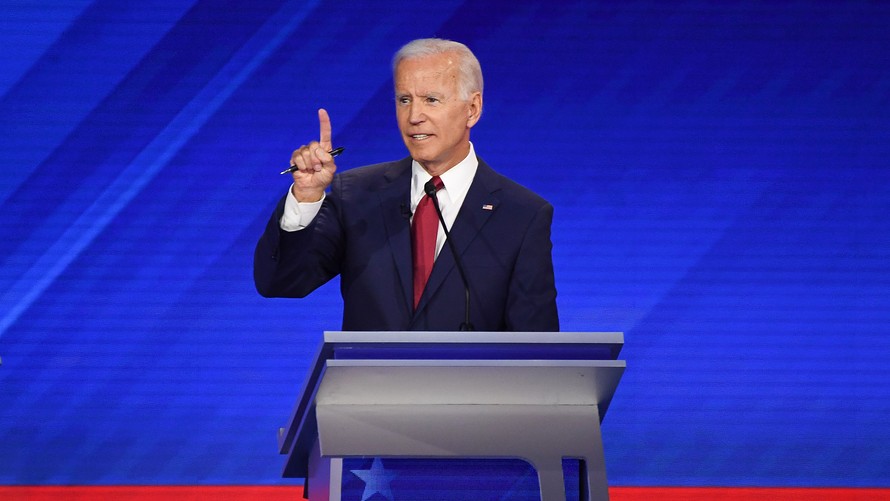 AFP/Getty Images
Democratic candidate Joe Biden was the victim of what some people call an ageist attack during the third Democratic debate on Thursday.

Ageism was prevalent during the third Democratic debate.

During a discussion about health care Thursday night, Julian Castro, the former U.S. Secretary of Housing and Urban Development, took a jab at former vice president Joe Biden’s age. Castro and Biden were clashing over how Americans would become insured under various health-care proposals, and Castro argued Biden was contradicting what he said. “Are you forgetting already what you said two minutes ago?” he asked Biden.

Castro, 44, later said he was not referring to 76-year-old Biden’s age. “That was not a personal attack,” Castro said on CNN Friday morning.

Some viewers, however, believed it was ageist. David Axelrod, a former Obama adviser, said the former U.S. secretary “overreached.” “It was such an overt kind of sort,” he said . Jack Kupferman, president of the Gray Panthers, a New York City-based anti-aging group, said the comment was ageist, and that this is a recurring theme — not just on the political stage, but in society. “You have to look at the individual, not at the age,” he said. “How many people do you know who are 40 years old that are forgetful and yet competent?”

Cory Booker, a New Jersey Senator running for president, said to CNN after the debate that Biden did make references that could age him, such as people listening to record players. “I don’t remember the last time I saw a record player,” he said . “But there are definitely moments where you listen to Joe Biden and you don’t wonder...” He followed up that these instances don’t make Biden unqualified to be president.

Fellow candidate Amy Klobuchar, a Minnesota senator, told CNN the dig was “not cool.” “I thought that was so personal and so unnecessary,” she said.

These candidates’ ages might be a critical factor in some voters’ final decisions, as it was for past politicians. When Bob Dole, the former Republican Senate minority leader, ran for president in 1996 at the age of 73, he fell off the stage — causing many people to think it was because he was too old and weak. Current candidates aren’t showing many signs of aging, but on social media, future voters have weighed their options and expressed their concerns of an older person taking office in 2020.

Ageism against political candidates won’t go away until it’s dealt with in society, Kupferman said. And as it stands, ageism is ingrained in most Americans. People may believe this prejudice is hard-wired, and that generations are naturally segregated by their age, but that’s simply not true, Ashton Applewhite, author of “This Chair Rocks: A Manifesto Against Ageism,” wrote in a blog post. “There is nothing acceptable about any group being isolated or silenced against their wishes,” she wrote . “The wrong lies in giving any kind of discrimination a pass.”