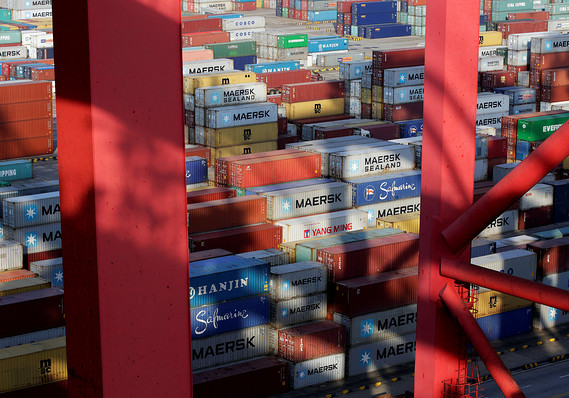 British stocks rose on Thursday as China eased global trade tensions, but gains were held back by a weak pound.

Sterling, which dropped dramatically on Wednesday after British Prime Minister Boris Johnson set out plans to suspend Parliament ahead of the Brexit date, slid a further 0.1% on Thursday.

China Commerce Ministry spokesman Gao Feng cooled trade war tensions on Thursday by saying the country would not immediately respond to the latest tariffs imposed on it by the U.S.

He added that China remained in contact with Washington and that discussions should move toward removing tariffs to prevent escalation.

The comments, sparking hopes of a calm resolution between the world’s two largest economies, triggered a surge in European stocks, including the FTSE 100.

However, the domestically focused FTSE 250 only edged up 0.3% as the pound’s continued weakness weighed on midcap stocks.

Michael Brown, senior analyst at Caxton FX, said the pound may fall even further in the coming weeks.

He said: “With the Brexit outlook remaining uncertain, the ongoing Parliamentary maneuvering and political melodrama over the coming fortnight poses significant downside risks to the pound.”

Recruitment firm Hays /zigman2/quotes/208836868/delayed UK:HAS -2.50% fell 1.2% after full-year profits were hit by restructuring and pension plan charges. Pretax profit dropped to £231.2 million ($282.9 million) from £238.5 million the previous year—led by an £8.3 million charge relating to a legal ruling regarding equalizing pensions between men and women and £6.8 million for restructuring.