Congresswoman says she won’t back down from criticizing Trump 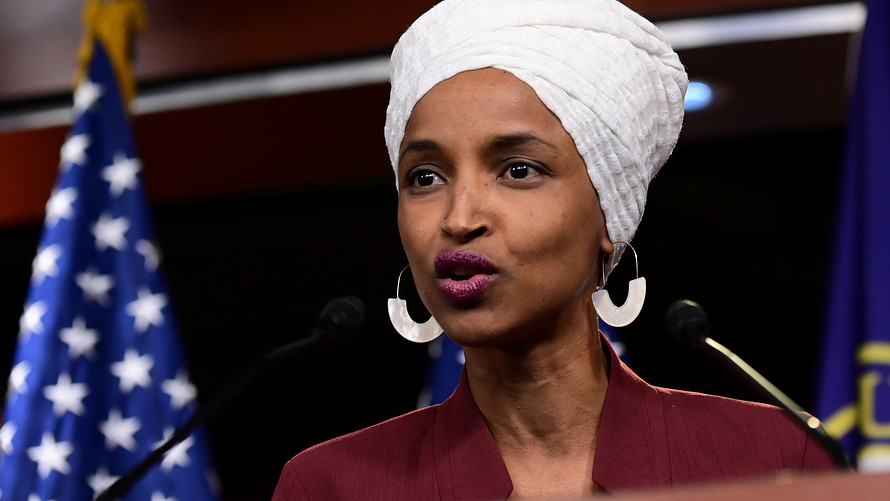 A day after a crowd of Trump supporters chanted “Send her back!” at a North Carolina rally, Rep. Ilhan Omar received a hero’s welcome Thursday at the Minneapolis–St. Paul airport

“Home sweet home,” Omar tweeted, replying to a video of her reception.

Ilhan, a Somali refugee, and three other progressive congresswomen have been the subject of blistering attacks from President Donald Trump over the past week. Trump on Sunday tweeted that Ilhan and the others should “go back” to their countries. The other three were born in the U.S., and all are citizens.

House Democrats — and a handful of Republicans — voted Tuesday to condemn Trump’s “racist comments,” but Trump has not backed down, although Thursday he attempted to distance himself from the rally chants.

Earlier Thursday, Omar, a member of the Minnesota Democratic–Farmer–Labor Party, labeled Trump a “fascist,” and said she won’t back down from criticizing the president.

In brief remarks at the airport, Omar vowed to “continue to be a nightmare to our president, because his policies are a nightmare to us,” the Minneapolis Star-Tribune reported .

“Minnesota is standing with her,” one supporter, who said she was appalled by Trump’s comments, reportedly told the Star-Tribune.