Welcome to your Smart Future 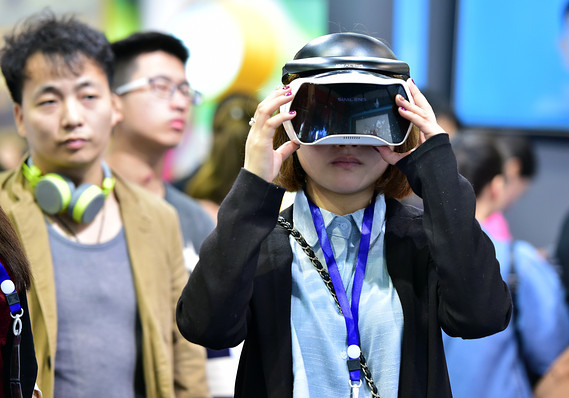 Long-time readers of mine know that there was no bigger bull on the Smartphone and App Revolutions than your truly. Smartphones, at least, have been mainstream for nearly a decade now, and while the smartphone and app industries are still very much in their infancy, we're also at least a couple of innings into the nine-inning Smartphone Revolution. Smartphones and apps have created trillions of dollars in valuation over the first couple of innings here, and over the next six or seven, there will be tens of trillions of dollars in valuation created over the next 20 years or so.

These days, I've been shifting my focus to the burgeoning and still barely existent Wearables Revolution (and the Virtual Reality Revolution, the Robotics Revolution, the AI Revolution and the Drone Revolution — you get the idea, there are lots of tech revolutions setting up right now).

Most people look around today and think that the Fitbit  bands and Apple Watch /zigman2/quotes/202934861/composite AAPL +2.54%  are the beginning and end of the Wearables Revolution. Remember Google Glass and how badly it failed? (I loved my Google Glasses, personally, by the way.) Most people complain that virtual-reality goggles are uncomfortable and leave your face with red lines and marks. They'll tell you that fitness trackers aren't accurate enough and look ugly on your wrist.

People then go on to use these snapshots of where we are in the technological roadmaps the world is cruising on right now to explain why the Wearables and Virtual-Reality Revolution are supposedly already over.

Au contraire . You see, both of these burgeoning Tech Revolutions and so many others are just getting started. We haven't even conceived of many of the incredible applications and innovations that Wearables and Virtual Reality Revolutions will bring to the world as they end up complementing and advancing each other.

For example, did you realize that in the next three to five years, smart contacts will be hitting the marketplace? Sony , Samsung and Google /zigman2/quotes/205453964/composite GOOG +1.66%  are all already working on various smart-contact concepts. The patent for smart contact lenses that Sony just filed this week calls for the ability to record — and watch — videos right from your own eyeballs.

You realize that all those complaints about VR-Face redlines and uncomfortable viewing masks for virtual reality are going to be silly and moot in another five years when people put on their smart contact lenses to play TakeTwo's NBA 2K 2021 in five years. The idea that ugly rubber fitness trackers are relevant to the Fitness wearables and apps on your smartphone in 2021 is equally as silly. Wouldn't a wearable skin implant to track your fitness and blood and sweat and other levels be a more likely future to ponder and to figure out how to invest in ahead of time?

Anything you can wear will be made "smart" and will tie into your smartphone, which, in five more years, will be as smart as today's best laptop computers.

Welcome to your Smart Future.

We're looking at marketplaces that will create trillions of dollars sales in the next 10 to 20 years.

There's simply no stopping these Revolutions . So I'll see you in the future!