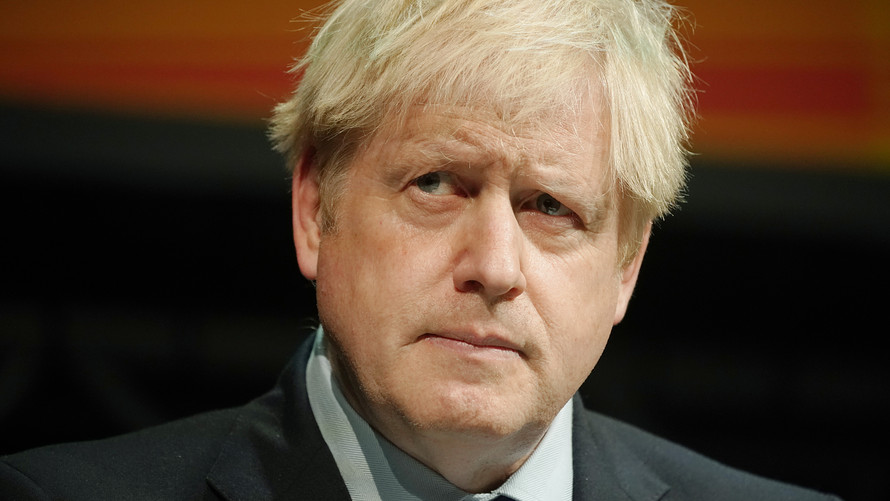 Messages of support and well wishes for a speedy recovery have been pouring in from across the political divide as well as from political leaders around the world after British Prime Minister Boris Johnson was moved to intensive care late Monday as his coronavirus symptoms “worsened.”

Johnson, 55, had been admitted to a hospital in London with “persistent symptoms” on Sunday evening, 10 days after testing positive for coronavirus.

On Monday, Downing Street said in a statement: “Since Sunday evening, the Prime Minister has been under the care of doctors at St Thomas’ Hospital, in London, after being admitted with persistent symptoms of coronavirus.”

It continued: “Over the course of this afternoon, the condition of the Prime Minister has worsened and, on the advice of his medical team, he has been moved to the Intensive Care Unit at the hospital.”

Earlier on Monday, Johnson had tweeted that he was “in good spirits” and keeping in touch with his team as “we work together to fight this virus and keep everyone safe.”

He has deputized Foreign Secretary Dominic Raab to act in his stead “where necessary.”

Within minutes of the news of the prime minister’s deteriorating condition, as the British pound slumped in reaction, politicians across the spectrum tweeted out messages of support.

Keir Starmer, the new leader of the U.K.’s opposition Labour Party, said that the news of Johnson’s condition was “terribly sad” and that “all the country’s thoughts are with the prime minister and his family during this incredibly difficult time.”

Starmer’s predecessor, Jeremy Corbyn, said: “My thoughts are with Boris Johnson and his family tonight. Thanks to the NHS staff for their hard work and dedication.”

Former Prime Minister David Cameron, like Johnson a Tory, wrote that he was thinking of Johnson and his family Monday night. “Get well soon. You are in great hands and we all want you safe, well and back in Number 10.”

“This horrific virus doesn’t discriminate. Anyone can get it. Anyone can spread it. Please #StayHomeSaveLives,” another former Conservative prime minister, Theresa May, tweeted.

Appearing on the BBC shortly after news that Johnson had been moved to intensive care, Raab said there is an “incredibly strong team spirit” behind the prime minister, adding that ministers are focusing on delivering on plans to defeat the virus.

Chancellor of the Exchequer Rishi Sunak said his thoughts were with the prime minister and Johnson’s pregnant partner, Carrie Symonds, and that Johnson would “come out of this even stronger.”

Buckingham Palace said the queen has been kept apprised by Downing Street of the prime minister’s condition.

The chorus of U.K. well wishers was joined by counterparts from around the globe.

At the start of a Monday coronavirus press briefing, U.S. President Donald Trump reportedly said he had told “genius” drug companies to “contact London” right away and seek to assist in Johnson’s treatment. Of Johnson, he said: “He’s been really something very special: strong, resolute, doesn’t quit, doesn’t give up.”

On Sunday, Trump had said that “all Americans are praying for [Johnson],” adding: “He’s a great friend of mine. I’m sure he is going to be fine. He’s a strong man, a strong person.”

French President Emmanuel Macron wrote in a tweet: “ All my support goes to Boris Johnson, to his family and to the British people at this difficult time. I hope that he overcomes this ordeal quickly.”

Canadian Prime Minister Justin Trudeau sent his wishes to the British prime minister for a full and speedy recovery. “My thoughts are with you and your family right now. Hope to see you back at Number 10 soon.”

A former Canadian prime minister, Stephen Harper, sent his best wishes for a speedy recovery, adding: “Be careful and stay safe everyone.”

Ghanaian President Nana Akufo-Addo tweeted: “Our thoughts and prayers are with him and the British people at this critical time.”