‘We’ve been living in a state of confusion’: In Wisconsin, a battleground state, coronavirus cases surge ahead of presidential election 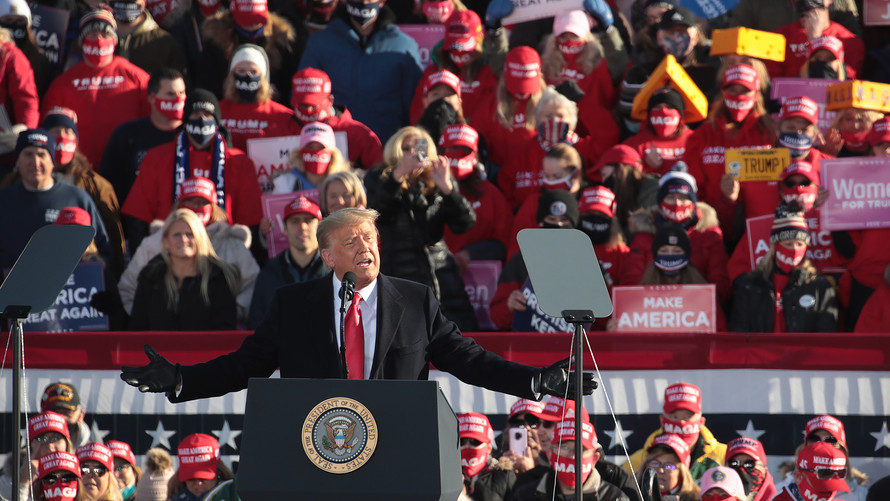 MILWAUKEE, Wisc. — The Milwaukee State Fair Park used to be a cheerful, happy place, near the so-called Cream City, attracting thousands of families every year for events and concerts.

An area once fulfilled by joy — where kids ate cotton candy near their smiling parents — is now welcoming an emergency field hospital where ambulances come and leave. Coronavirus cases have surged in Wisconsin with no sign of improvements.

The hospital, located in the small town of West Allis, is emblematic of the fight by Wisconsinites against COVID-19, the disease caused by the novel coronavirus. They were, despite warnings about the perils of congregating and not wearing masks, caught off guard.

The pandemic changed everything in this key battleground state.

With just one day to go before the U.S. presidential election, President Donald Trump trails former vice president and Democratic presidential rival Joe Biden in the state which the president won against Hillary Clinton by less than 1% of the vote in 2016.

The number of positive cases of COVID-19 in Wisconsin rose by 3,433 on Monday, one day before the election, 3,626 on Sunday and 5,278 on Saturday, the highest daily increase in the state since the pandemic began.

As of Tuesday, at least 232,295 people have tested positive for Covid-19 in Wisconsin, according to Johns Hopkins University. The state has a positivity rate of 7.4%.

‘People here do not want to be told what to do.’

It’s no secret why the pandemic in Wisconsin is out of control. Health professionals advise members of the public to avoid meeting indoors.

“People here do not want to be told what to do,” said Dr. Riccardo Colella, chief of emergency medical services and disaster medicine at Medical College of Wisconsin, standing in front of the makeshift hospital.

“Following the CDC guidelines, practicing social distance, and wearing a mask would help,” Colella said. “But here this is not happening.”

With several local hospitals across the state are near capacity, the field clinic helps to free up beds for new patients with mild symptoms.

The Milwaukee State Fair Park is a surreal place on this gray day: a few nurses walk around the building during a break. Orange cones show the way to the ambulances and the gates are closed to guests and visitors.

“Many in the state continue to go out to restaurants,” Colella said. “This puts people in danger. I am worried.”

On Oct. 6, Wisconsin Governor Tony Evers, a Democrat, issued an emergency order until Nov. 6 limiting public gatherings indoors to no greater than 25% of the total occupancy limits for the room or building and, if there is no occupancy limit, the gathering must be limited to no more than 10.

‘If you have a job, they want you to come to work when you are sick.’

Milwaukee Mayor Tom Barrett, also a Democrat, announced further restrictions Wednesday on bars and restaurants, limiting them to 25% capacity unless the business has a COVID-19 plan that the city has previously approved.

Such moves are intended to reduce the spread of the virus that killed at least 2,050 Wisconsinites, Johns Hopkins said.

In April and May, hospitals were well equipped to handle the ICU cases, “and the virus has not spread like we are experiencing now,” Colella said. “In June and July, the situation remained better controlled, but as September came, everything got worse. It is alarming.”

If the Milwaukee State Fair Park looks lonely, walking through other Milwaukee neighborhoods is bittersweet. The Brewery District, once an attraction for the thousands of Milwaukee Bucks fans at the Fiserv Forum, is now closed due to the end of the 2019-2020 National Basketball Association season. The area is now almost deserted.

Before the latest public order, many bars and restaurants across the city’s Bay View were packed with people. 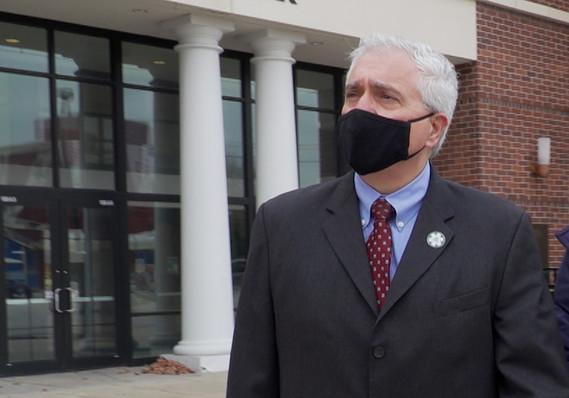 Only the lines of the people waiting to vote downtown Milwaukee polling sites gives a bit of faith in such a critical context.

“Our lives changed completely. But voting, well, it is something that makes me feel normal like we were in the world before the pandemic,” said David, a 58-year-old man who declined to share his last name. He is not happy with the Trump administration’s response to the virus. “We need to change this situation, and I want to be sure that my vote will count.”

See also: How to vote and make sure your ballot gets counted. ‘Informed voters cannot be suppressed voters.’

Wisconsin allowed early voting in-person since Oct. 20. During the first two days of voting, people waited in line for up to three hours.

Early voting amid the pandemic is catching on in Wisconsin. More than 1.7 million Wisconsinites have already cast their vote as of Friday, 542,456 of which in-person, according to the U.S. Elections Project database.

‘I don’t want to share the line with someone who doesn’t care to wear a mask.’

David, a 58-year-old man standing in line for early voting in Milwaukee, Wisc.

Another reason why people like David are voting early? “I don’t want to share the line with someone who doesn’t care to wear a mask on Nov. 3 when the wait might be longer,” he said.

Voters who are worried about the handling of the pandemic blame President Donald Trump.

In Wisconsin and other critical swing states of Arizona, Florida, Michigan, North Carolina, Pennsylvania, at least 50% of voters say they support the Democratic nominee Joe Biden, while 45% say they’ll vote for his Republican rival, President Donald Trump, according to a recent survey by CNBC/Change Research Poll.

“I see many people that do not wear masks in my city, and I don’t think this is good. Who is in charge should have educated the people about it,” David said.

At a rally in Michigan over the weekend, President Trump called out Fox News host Laura Ingraham for wearing a mask, calling her “politically correct.”

But Wisconsin residents fault other officials too. Many people complain about the legislative confusion over the reopening of businesses, saying it created further anxiety and uncertainty.

When Gov. Evers issued an extension of a stay-at-home order in April through the end of May, Republican legislators sued his administration. Roughly two weeks later, Wisconsin’s Supreme Court ruled the governor overstepped his authority and ordered to reopen the state, lifting any caps on the size of gatherings.

‘If you are afraid of getting sick from COVID-19, you are a Democrat.’

Claudia Pessarelli, a Wisconsin resident who moved to the state from Pennsylvania

“Since then, the individual mayors have tried to patch up this lack of regulation, but with all the limitations that their local power gives them,” Claudia Pessarelli, an Italian teacher at the Wisconsin University-Milwaukee. told MarketWatch. “We’ve been living in a state of confusion, and we did not get out of it.”

In West Allis, the town with the COVID-19 field hospital, bar owners opened their businesses indoors right after the Supreme Court’s ruling. In neighboring Milwaukee, “no one could even have a beer indoors,” Ms. Pessarelli said.

Pessarelli has not seen her daughter, who lives in New York, since last Christmas. “During the lockdown, all of us stayed home. After that, the local travel advisories forced us to stay in Wisconsin. Due to work reasons, we can’t allow ourselves to spend two weeks in self-isolation.”

Her confusion was compounded by fear. “But even the fear here became partisan,” said Passarelli, who lived for years in Pennsylvania before she moved with her husband to a residential neighborhood in Milwaukee.

Approximately 68% of students reported feelings of anxiety and depression, according to a survey of 3,243 students released in July by a team of child-health experts and researchers from the University of Wisconsin School of Medicine and Public Health.

The cancellation of youth sports has had consequences for the mental health of children and teenagers in Wisconsin, the research suggested.

“I think Wisconsin is hit hard by the pandemic because countless people let their guard down, especially the youngest,” said Laura Martin, a health-care worker in Milwaukee. “We reopened too soon, and we are dealing with that now.” 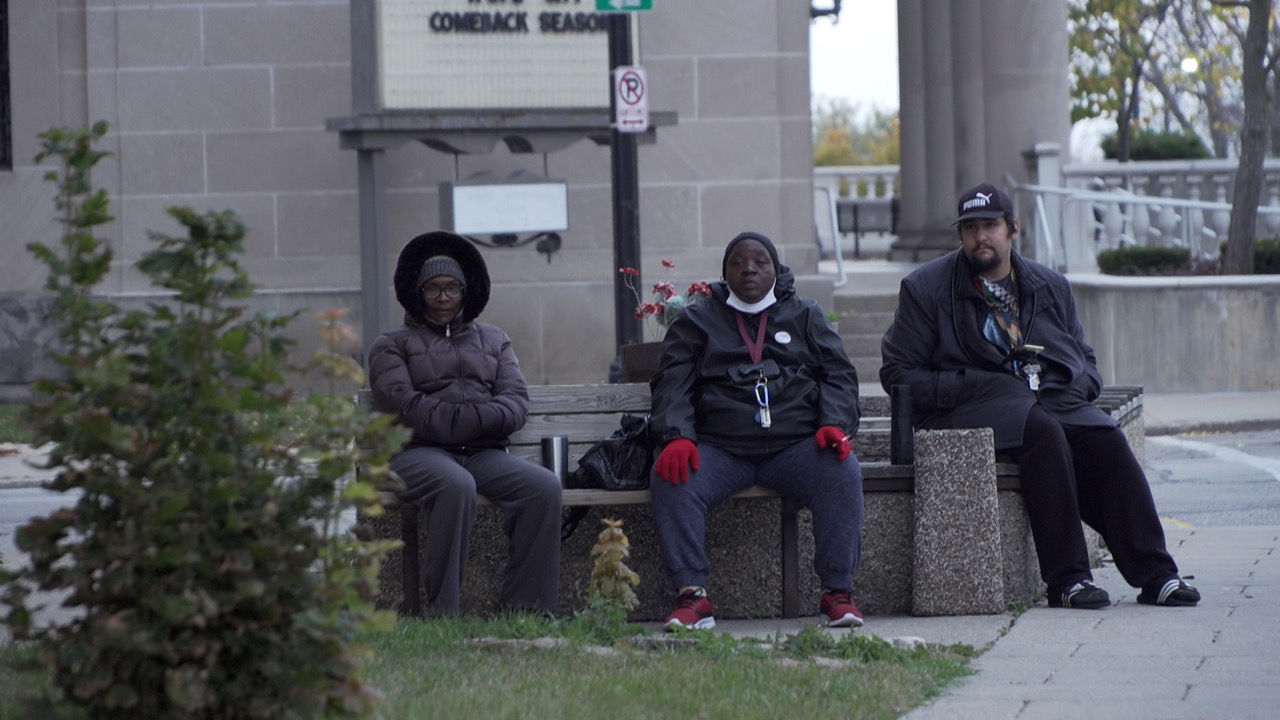 Davide Mamone
Milwaukee residents have been living under new restrictions in recent weeks due to the rise in coronavirus cases in the city.

During the most recent surge in coronavirus infections, many of the new patients come from towns like Kenosha and Racine, two of the red-zones of the new crisis, Colella said.

It takes less than 40 minutes to get to Racine from Milwaukee, but the type of atmosphere in this town is the same as in many neighborhoods in his region: the streets tend to be empty.

Lenn Smith, a health-care worker based in Racine, born and raised in nearby Kenosha, is still getting on with her regular daily living, but taking the right precautions such as washing her hands, maintaining social distance from others and wearing a mask.

“You have to adjust to the situation,” she said. But some employers are not sensitive to employees feeling under the weather, even with the ever-present spectre of COVID-19 looming.

“If you have a job, they want you to come to work when you are sick, they do not care if you are sick or not. Often, you just have to go if you do not want to lose it,” said Smith. “This is exactly the first step of the domino effect that brought the crisis we are living.”