Larry Page had already ceded most day-to-day duties, but now at least investors may finally get to see YouTube revenue 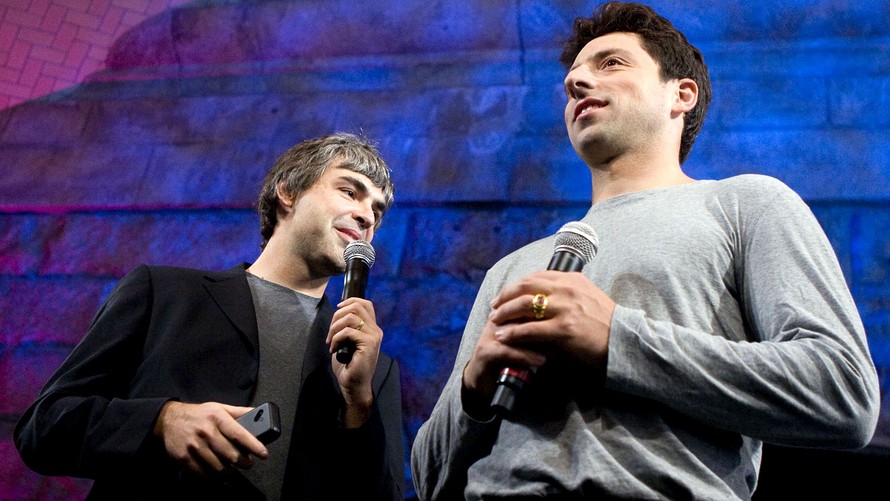 The co-founders of Google, Larry Page and Sergey Brin, stepped down on Tuesday, but that announcement just cemented the end of the company’s slow transformation from an idealistic search engine to an unfeeling tech monolith.

Since Sundar Pichai was put in charge of Google in 2015, at the same time the odd parent company of Alphabet Inc. (NAS:GOOG) (NAS:GOOGL)  was created, Page and Brin have mostly been absent from public view. Pichai and Chief Financial Officer Ruth Porat have run the day-to-day operations, and when Google testified on Capitol Hill in hearings last year as lawmakers looked at how Big Tech impacted the 2016 elections, it was Pichai who testified. Page, who was named CEO of Google in 2011 when Eric Schmidt became executive chairman, has also been absent from the company’s conference calls with Wall Street after he announced problems with his voice in 2013.

“Larry Page maintained the title of CEO of Alphabet, but his public appearances in that capacity were exceedingly rare, leaving investors to guess as to the extent of his interest in day-to-day operations,” said Evercore Securities analyst Benjamin Black, in a note to clients.

It wasn’t just in public that Page retreated in recent years, as Brin continued to be an enigma. As BuzzFeed reported this past April , neither Page nor Brin have attended any of the company’s weekly TGIF meetings this year, where some employees have become more vocal about their disagreements with management on topics including sexual harassment, military contracts and Google’s work in China.

Even so, Page and Brin still maintain their voting control of the company they founded as Stanford University Ph.D. students in 1998, and their seats on the board. Both of them have seemed more interested in the company’s Other Bets division, where new technologies such as self-driving cars have been incubated.

“We are deeply committed to Google and Alphabet for the long term, and will remain actively involved as board members, shareholders and co-founders,” Page and Brin wrote in a blog post . “In addition, we plan to continue talking with Sundar regularly, especially on topics we’re passionate about!”

One positive aspect of the news is that investors should now receive a breakdown of how much revenue YouTube is contributing to Alphabet. When the Securities and Exchange Commission sought numbers about YouTube, Alphabet said it was not required to disclose them because Page — who Alphabet designated as its top decision-maker — did not see them, a key element required for segment disclosure. In those communications, though, Alphabet admitted that Pichai did see YouTube revenue results as CEO of the Google segment, so his dual role as CEO of Alphabet and Google should mean a different result.

One loser in the executive shuffle appears to be the dedicated Porat, who remains as CFO of Alphabet but was not promoted nor named to the board. The company said in its statement that it was a natural time to “simplify its management structure,” which seems to mean ditching Brin’s position of president instead of giving it to Porat to reward her for helping Pichai — who has been on the board since 2017 — run the company these past few years.

Unless some opportunistic company attempts to steal Porat after she was not even mentioned in the letter and press release issued Tuesday, the changes detailed in those documents will have little effect on Google’s day-to-day operations. Instead, Page and Brin’s departure is just the final sign that the Google they created in a garage in 1998 is not the same company as the Alphabet they leave behind.