What I wish I knew when I retired

From maintaining friendships and your love life, to health and Social Security planning 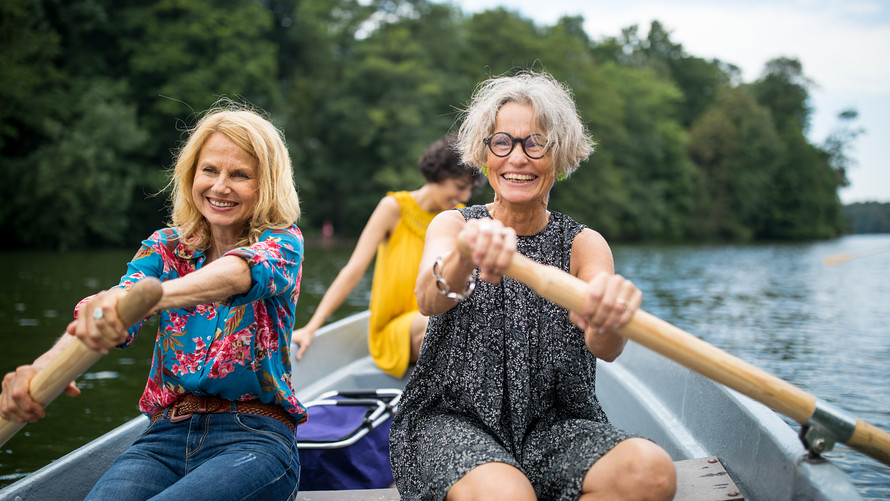 Getty Images
Retirement can be fun, but there are a few things you should know before you try it.

No matter how prepared someone thinks they are for retirement, there are plenty of surprises during this life stage — some better than others. But we can learn a lot from the experiences of others if they are willing to share.

When one preretiree asked Quora what those were, retirees didn’t hesitate. Of course there are the obvious tips, like incorporating numerous sources of retirement income into a budget and preparing for the unexpected (especially health-care costs). Retirees should also strive to accumulate savings, even after stopping work. But retirees responding to this Quora post said people need to make a few more considerations, such as understanding the transition to retirement may be tougher than expected, being flexible about part-time work and knowing not to overcommit to activities and events in the adjustment period.

See: 21 lessons for how to get the most out of life, from a guy who retired at 50

Still, there are a few more lessons.

Ensure you’re on the same page as your partner

Sometimes spouses don’t agree on what to do in retirement, and that can have a devastating effect on the relationship — and quality of life. One retiree responded to the Quora question saying in the 10 years he’s been retired in Florida, he’s seen at least a quarter of couples who moved there return to where they came from. “Perhaps one of the things that you need to give serious consideration, no matter what you do, is to learn if your partner is truly on the same page,” he said. “If they are merely willing to try something that is different than your current lifestyle, what does that mean if it doesn’t work out?”

Retirement can be a romantic time for couples. The key to any good relationship is communication, always, but couples can compound that good habit by planning fun trips and dates, and creating an “activity jar” with suggestions from both partners as to what to do randomly one day. Spouses should create time for themselves, as the transition from seeing each other only a few hours a day during the week to every waking minute can be stressful. They should also talk through some critical questions about retirement, like how roles and chores will change at home after retirement and what their hopes and dreams include for this new chapter.

People can begin claiming Social Security at 62, but that might not always be the best strategy. An individual’s Social Security benefit is reduced for each year and month prior to her Full Retirement Age, and each year delayed after FRA is an additional 8% in benefits.

But how or when a person claims Social Security highly depends on their personal situation. If they don’t have enough saved for retirement, they may need to claim early, versus someone with a generous nest egg, who could afford to delay. One retiree responded to the question saying a person should review their “Social Security potential,” and look for a way to maximize their benefit as much as possible.

Retirees and preretirees should also plan for how to claim their own and their spouses benefits, which can be tricky.

Also see: The retirement plan of the future: turning that pot of money into monthly income

Find a group of friends with whom you can relate

Retirement is an opportune time to volunteer, develop new hobbies and find social circles. One retiree suggested forming a circle of friends around the same age and financial status, who may share similar interests and ideas.

Making a friend is a lot of work. It takes 90 hours of quality time to create a real friend, according to one study published in the Journal of Social and Personal Relationships. Social circles also tend to shrink after age 25, more so for women than men, another study found. But there are ways to work around this. Retirees can socialize at community centers, or in local groups for specific hobbies and sports, like chess or tennis. Sites like Meetup.com and Eventbrite.com help people connect people with similar interests.

Have a plan for all of your newfound time

Nobody should go into retirement without a financial plan in place, and the same is true of how someone will spend his time. Retiring without some idea of what to do with all those free hours could lead to boredom, loneliness, depression — or worse.

One retirement coach said preretirees should put their plans in writing. “When we write stuff down we are making a deeper commitment and we have a reference point to come back to if things seem to be skidding off the tracks,” wrote Gary Foster, a career consultant and retirement coach in the Denver area. Of course, these sorts of plans should be flexible. “But it’s a key starting point that invites input from both parties and often reveals differing positions on things that hadn’t surfaced before.”