What investors can expect when IEX launches on Friday 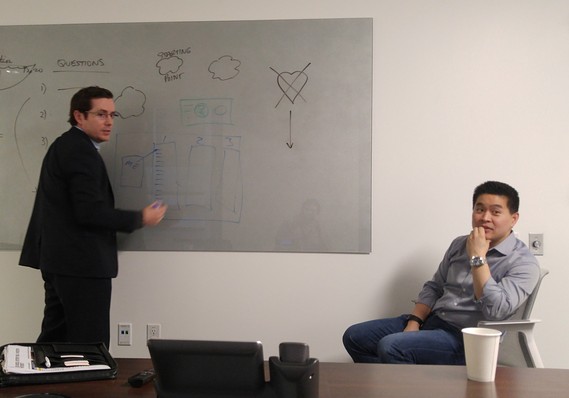 IEX is finally going live as an exchange Friday and investors and market players on all sides of the debate await a verdict on whether the reality will live up to the non-stop hype.

It’s been more than two years since Michael Lewis’ 2014 book Flash Boys touted Investors’ Exchange LLC, commonly known as IEX, as the solution to the problem not everyone agrees exists: Equity markets are “rigged” against retail investors.

On June 1, nine months after IEX submitted its application to become an exchange, the Securities and Exchange Commission permitted the new exchange to be brought into the world with its approval order . It was a painful gestation. The regulator received 470 comment letters , some of them angry, many of them long and a few very funny . There were also at least 20 meetings between IEX and market forces like private market-making firm Citadel who, more than any other firm, loudly and repeatedly voiced its objections to the new exchange.

An IEX spokesman told MarketWatch, “We’ve worked for years to become an exchange. It’s a long-term battle to deliver meaningful change for investors but we’re focused and ready to begin the next chapter.”

IEX will phase in its go-live over the next couple of weeks, starting with two symbols on Friday, Vonage Holdings Corp. /zigman2/quotes/209119823/composite VG -0.28%  and Windstream Holdings Inc. . It’s a “wave” approach rather than a big-bang implementation, focused, says an IEX spokesman, on testing several companies with less than 5 million shares traded daily before September 2.

IEX has been operating until now as a dark pool, or alternative trading system, that processes trades primarily for large institutions. Its market share of daily trading is currently between 1.7% to 1.8% of the total. In a USA Today article published Wednesday, IEX CEO Brad Katsuyama said that growing to a 7% to 8% market share within two to three years “is totally plausible.”

Bill Harts, the chief executive of Modern Markets Initiative, an industry advocate for high-frequency trading, told MarketWatch he is skeptical.“There is very fierce competition in the exchange space and I think IEX will not grab the market share commensurate with their highly successful marketing campaign.”

The SEC’s approval means that, as a formal exchange, brokers are now required to route trades to IEX when it has the best bid or offer at any given time.

Sal Arnuk, the co-founder and co-head of equity trading of Themis Trading LLC, who has been a vocal IEX proponent, told MarketWatch it would be wise for institutions to decide how they want their brokers to use IEX and make sure their wishes are spelled out explicitly in agreements. “Brokers are not going to use IEX automatically, especially if it conflicts with their own business.”

In a note to its clients on Wednesday that the firm made available to MarketWatch, Themis Trading said that’s because other brokers “might own competing dark pools, or have their own trade internalization desires, or might do business with liquidity providers who may not be particularly IEX-friendly.”

Citadel, the privately-owned, Chicago-based hedge fund, institutional asset manager and market maker has been the most frequent and vocal critic of IEX’s exchange aspirations. It’s also a high frequency trading firm that’s also one of the largest internalizers—a firm that fills retail trades purchased from others by using their own inventory. IEX does not pay the rebates to Citadel for routing trades that other exchanges do.

Harts says the reluctance to use IEX is about more than that. ““Retail brokers will be skittish about routing to markets where they’re not assured of receiving best execution.”

Citadel declined to comment on the IEX launch or its use of IEX for client trades.

Arnuk believes that IEX will increase its market share to 5%-6% of daily trading in the first six months but told MarketWatch that some brokers have told clients they will take a “wait and see” approach. They don’t plan on immediately making full use of IEX’s displayed order offerings, except as required by Regulation NMS, says Arnuk.

Regulation NMS is the rule that prevents the execution of trades at prices inferior to protected quotations displayed by approved exchanges. It’s FINRA’s role to make sure brokers’ systems are ready to route trades to IEX and that they are complying with Reg NMS, regardless of their views or competing business priorities. A spokesman says that, “FINRA regularly examines for compliance with best-execution obligations.”

When the SEC approved IEX, it also approved its most controversial innovation, the “speed bump” that IEX says levels the trading field between high frequency traders and investors. IEX imposes a 350-microsecond delay on orders processed by its trading engine intended to stifle the ability of high frequency traders to take advantage of higher connectivity speeds to beat the rest of the market.

Now other exchanges are looking at ways to compete. Nasdaq, Inc. /zigman2/quotes/205547889/composite NDAQ +0.40%   had threatened to sue the SEC if it approved IEX with the “speed bump” but now says it’s going in another direction. Nasdaq will propose what it calls an “Extended Life Order”, or ELO, that will reward traders willing to stay in the order queue for an extended period of time by eventually allowing them to gain order queue priority, according to a spokesman.

“We’d rather compete on ideas than litigate,” the Nasdaq spokesman told MarketWatch. “We think we are adding a trading option rather than a trading barrier,” he said. Subject to SEC approval, Nasdaq plans to have the new order type in testing by, at the latest, the beginning of 2017.

Analyst Sandler O’Neil, in a note to clients about Nasdaq’s proposal, emphasized that rebates will still play a big role in where trades go. “We believe the amount of rebate that the ELO order type will receive could determine its popularity especially with the sell-side and retail orders. If the rebates are low, we suspect the exchanges who pay high rebates may still be the preferred choice of venue.”

Francine McKenna is a MarketWatch reporter based in Washington.