What the strength of the yen means for U.S. monetary policy 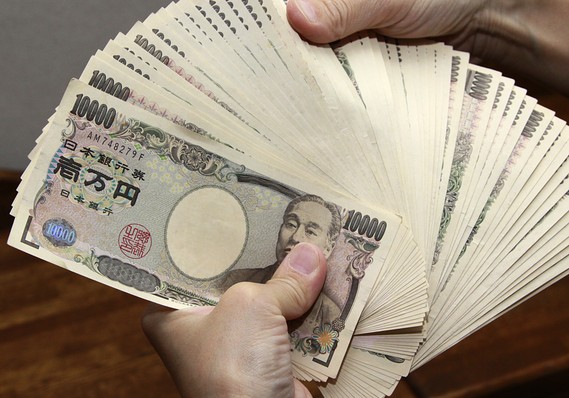 Thinking out of the box again, after my April 15 MarketWatch column, “Oil's bullish technicals belie dim prospects for OPEC freeze,” and after my April 21 column, “Making the case for rare bout of inflation,” I now turn my attention to the larger implications of the acute strength of the yen.

In that the major upside acceleration of the yen commenced immediately after the Bank of Japan (BOJ) announced a more intensive Negative Interest-Rate Policy (NIRP) on Jan. 29, 2016, increasingly my suspicion is that the reaction of Mr. Market is finally warning investors that the BOJ's super-accommodative monetary-policy prescriptions have failed to remedy the decades-long sluggish economic weakness and the accompanying chronic deflation.

The Japanese-export economy can ill afford to absorb a much higher exchange rate, so we have to wonder if the BOJ is preparing to intervene to push the yen down again in the hours or days directly ahead.

Perhaps for public consumption only, both the Fed and European Central Bank (ECB) have intimated their unwillingness to coordinate efforts with the BOJ to drive down the yen. If this is true, then it is largely because the Yellen Fed itself has become somewhat more cautious in the past several weeks and appears to desire a lower U.S. dollar in an effort to propel U.S. inflation expectations to or above its stated 2.0% annual target rate.

Such a Fed scenario is at odds with a lower yen, at least within a relatively near-term time horizon, which warns us that any independent effort by the BOJ to drive the yen down — to undermine the large and powerful institutional speculative long position — may well fail. The ramifications of a failed BOJ intervention could be far reaching for all the major central banks, initially triggering a crisis of confidence in the efficacy of the globe's second-most-powerful central bank

Perhaps that is precisely why no BOJ intervention has occurred just yet.

Any decision by the BOJ to "go it alone" will have to be weighed against the cost of failure. After years of ineffective stimulus, now amid a NIRP policy, and against a backdrop of huge deficits and debt, the impact of failed intervention to halt the appreciation of the yen has the potential to transcend into a crisis of central-bank confidence that invariably will shine a spotlight on the efficacy of The Mighty Fed immediately thereafter.

In such a situation, investors might find themselves questioning the confidence they once had in holding U.S. paper as well, especially atop a U.S. Treasury market that has been in a yield "Bear Market" since 1981.

All eyes on the BOJ's words and actions in the upcoming hours and days. And all eyes on the reaction of the FX markets to the developing situation. The domino effect in reaction to the outcome could disrupt the financial markets for months, if not years, to come.