What the world could use now: a reset between the U.S. and China

By Peter B. Walker 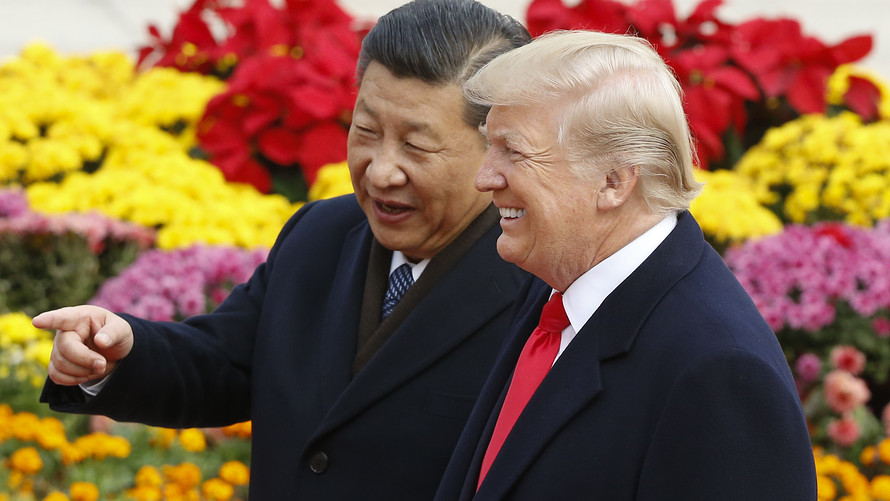 The U.S. has reached a critical inflection point in its relationship with China, made all the more urgent because of COVID-19.

The coronavirus disease and its resulting pandemic is an unfolding story, presenting new challenges each day, yet several lessons have emerged from it already.

The first of these is that the vast majority of countries — the U.S. among them — were simply unprepared for the virus, even as the threat of it came to be well-known. We also know that there is much we can still learn from countries that have responded relatively well to the pandemic: South Korea, Taiwan, Singapore and, yes, China.

Those nations have all experienced relatively modest health and economic impacts so far, thanks to some combination of extensive testing, monitoring, social distancing and quarantining.

Imagine how the world would celebrate if the U.S. and China — the two great economic powers — were to announce a coordinated and continuing leadership effort through a fully funded and staffed World Health Organization. (The U.S. State Department on July 6 notified the WHO it will withdraw from the agency over President Trump’s criticism of its ties to China.)

The WHO could then share and disseminate all of its research on the makeup of the virus, how it spreads, the profile of the most vulnerable, the most effective mitigation techniques, the medical supplies required, the hospital facilities and staff required, and the vital work necessary to rapidly develop and distribute a vaccine. Stockpiles could quickly be built up and accessed via global supply chains. If that model were in place when the coronavirus hit, the human and economic losses would have likely been a fraction of what they now will be.

Instead of working with China, the U.S. finds itself doing the opposite, as many in the U.S. — from the president on down — have instead chosen to place the blame for the pandemic squarely on the Chinese.

How did we get here?

How did the two superpowers arrive at this historic low point? For decades after the U.S. and China normalized relations in 1979, the U.S. assumed that after China became wealthier, the nation would shift its model away from communism and toward a liberal democracy. The theory called for the Chinese people to demand the shift to greater personal freedoms and the right to select their leaders.

From the MarketWatch archives (April 28, 2020): U.S.-China relations are bad and getting worse, with major ramifications for trade and investment — and the U.S.’s presidential election

Over the past decade, the U.S. has come to understand that not only was its assumption wrong, but that China threatened the U.S. in its role of undisputed global leader economically. China began to be perceived as something other than a partner to nudge toward an ever more democratic future. It became, instead, a strategic threat.

This mindset shift led to a new U.S. strategy. Rather than partnership, it would attempt to contain China on multiple fronts.

Economically, the U.S. undertook a range of initiatives to substantially increase the protection of intellectual property. To reduce the trade deficit with China and repatriate manufacturing jobs, the U.S. launched a trade war. Militarily, the U.S. cut China’s access to some advanced technologies and challenged it in the South China Sea. Domestically, the U.S. accused visiting Chinese students and scientists of spying, and tightened up on their visas. The U.S. attacked China’s Belt Road Initiative as a debt trap designed to force China’s will — and ultimately its governance model — on developing countries. The U.S. urged other countries to ban the use of technology from Huawei, the global leader in 5G telecommunications equipment, on the theory that the Chinese government would access the transmissions to spy.

Those containment efforts have accomplished little other than to increase tensions (with the exception of protecting U.S. intellectual property, which was long overdue). In many cases, they have had the opposite effect.

China’s economy, though slowed somewhat by the trade war, continues to grow significantly faster than the U.S.’s, fueled as it is by urbanization, a rapidly growing middle class and a rising services sector.