What’s essential? In France, pastry and wine; in the U.S., golf and guns

Attempting to slow the spread of the virus, authorities in many places are determining which shops and services can remain open 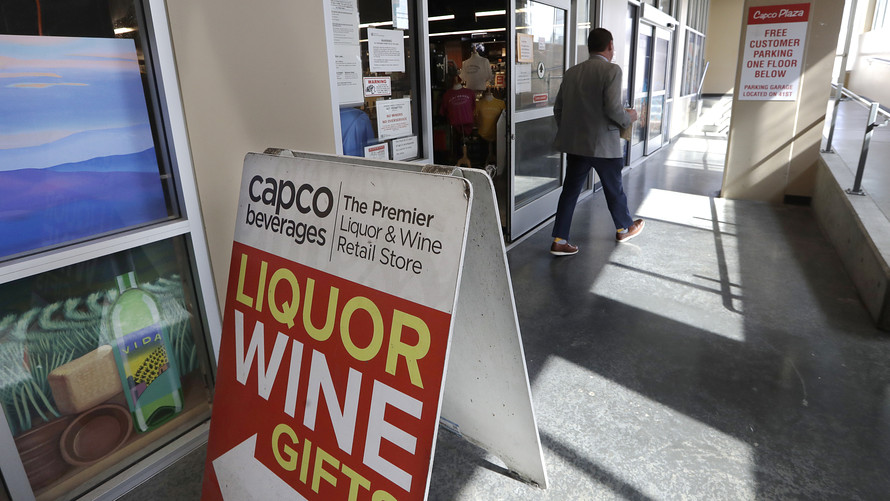 AP
Many, if not most, liquor stores in Washington state are considered "essential businesses" and can stay open under Gov. Jay Inslee's stay-at-home order.

The coronavirus pandemic is defining for the globe what’s “essential” and what things we really can’t do without, even though we might not need them for survival.

Attempting to slow the spread of the virus, authorities in many places are determining what shops and services can remain open. They’re also restricting citizens from leaving their homes. Stay-at-home orders or guidance are affecting more than one-fifth of the world’s population.

This has left many contemplating an existential question: What, really, is essential?

Whether it is in Asia, Europe, Africa or the United States, there’s general agreement: Health care workers, law enforcement, utility workers, food production and communications are generally exempt from lockdowns.

But some lists of activities also exempted reflect a national identity, or the efforts of lobbyists.

In some U.S. states, golf, guns and ganja have been ruled essential, raising eyebrows and — in the case of guns — a good deal of ire.

In many places, booze is also on the list of essentials. Britain at first kept liquor stores off its list of businesses allowed to remain open, but after reports of supermarkets running out of beer, wine and spirits, the government quickly added them.

See: A loophole for construction workers shows how arbitrary and confusing ‘stay at home’ regulations are

“Recent events clearly demonstrate that the process of designating ‘essential services’ is as much about culture as any legal-political reality about what is necessary to keep society functioning,” said Christopher McKnight Nichols, associate professor of history at Oregon State University.

Countries including India and U.S. states are listing the information technology sector as essential. The world’s dependency on the internet has become even more apparent as countless people confined to their homes communicate, stream movies and play games online to stave off cabin fever.

Several states where marijuana is legal, such as California and Washington, deemed pot shops and workers in the market’s supply chain essential. The emphasis has been on the drug’s medicinal uses, not enabling cooped-up people to get stoned.

“Cannabis is a safe and effective treatment that millions of Americans rely on to maintain productive daily lives while suffering from diseases and ailments,” Erik Altieri, executive director of the National Organization for the Reform of Marijuana Laws, said in an email. “It is the very definition of essential that these individuals can still access their medicine at this time.”

Newtown Action Alliance, a group formed after a gunman killed 26 people in 2012 at the Sandy Hook Elementary School in Newtown, Connecticut, urged Lamont to reconsider, noting a recent surge in gun and ammunition purchases. The group predicted an “increased number of deaths due to unintentional shootings, homicides and suicides.”

Pennsylvania Gov. Tom Wolf on Tuesday quietly allowed gun shops to reopen, but only by appointment during limited hours if customers and employees comply with social distancing and other protective measures.