What’s the ‘Fortnite’ winner gonna do with $3 million? Buy a desk.

Kyle ‘Bugha’ Giersdorf, 16, has said he also plans to save and invest his videogame jackpot 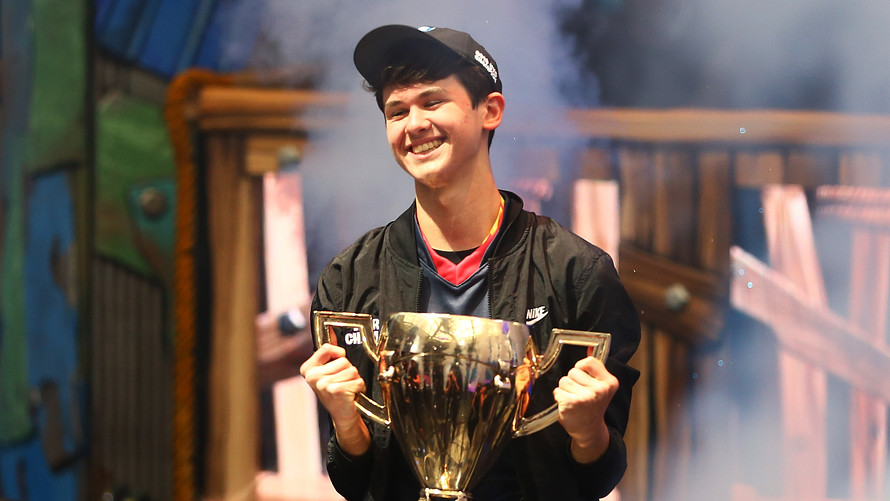 The Fortnite World Cup champion isn’t playing around with his $3 million.

Everyone wants to know what Kyle “Bugha” Giersdorf, 16, is going to do with his sudden fortune now that he’s a millionaire three times over.

And … he wants to buy a desk. (Granted, he’ll need a pretty big one to display his giant trophy from.)

‘Save the money, put it to my future … and probably buy a new desk.’

Giersdorf told the “Today” show on Tuesday morning that he plans to, “Save the money, put it to my future … and probably buy a new desk.”

When co-anchor Savannah Guthrie countered with, “Not even [buy] a new computer?” He responded, “No.”

Giersdorf also told ESPN his plans to upgrade his play station. “I’m just gonna save the money and invest it. I’m not gonna do anything dumb with it really, but I definitely want to get a new desk,” he said. “That’s about it.”

Of course, considering the Pennsylvania teen spends eight to 10 hours a day practicing the battle royale-style shooter game on his desktop computer, it’s safe to say that his workspace warrants a sweet upgrade.

Related: This is how much time a day the $3 million ‘Fortnite’ winner spends playing the game

But the second-place finisher from Sunday’s “Fortnite” championship has other plans for his $1.8 million consolation prize. Harrison “Psalm” Chang, 24, told CNN Business that he’s going to “gamble it all or invest.” He also told Yahoo! Finance that “everyone is telling me to get financial advisers ... boring, safe stuff. I don’t want to do that, but I probably should.”

Then again, his cavalier attitude toward his sudden windfall may be because he’s still in shock. “It doesn’t feel like I won $1.8 million,” he said. “It feels like I won a couple hundred grand, tops.”

Giersdorf also said this experience has been “surreal,” telling “Today” that he’s looking forward to going home, where he’ll, “get some rest … and then start my stream up and play ‘Fortnite’ again.”

Giersdorf’s $3 million from Sunday’s Fortnite World Cup is the largest prize for a single player in a videogame tournament to date — although that bar is rising as the esports industry continues to grow. Revenues for professional videogame competitions are expected to hit $1.1 billion this year, “Today” reported, which is 27% more than last year.

“Fortnite” is made by privately held Epic Games Inc., which is backed by Hong Kong-based Tencent Holdings Inc. /zigman2/quotes/204605823/delayed HK:700 +3.75%  It is the most financially successful free videogame of all time, earning $2.4 billion in revenue in 2018, according to Nielsen’s SuperData Research .