When will Trump voters realize they’ve been had?

President-elect’s pledge to ‘drain the swamp’ is all wet 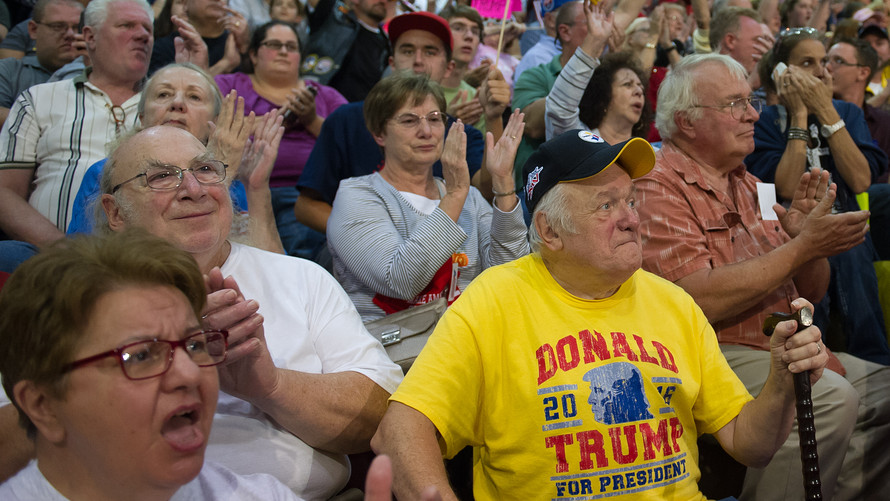 Hey, Trumpkins — have you worked it out yet? Is the truth dawning on you, or are you still in the dark?

See if you can put it all together from the resumes of those in President-elect Donald Trump’s closest political circle so far:

Trump is just getting started. Check out that “swamp draining.” The whole thing is just draining before our eyes! Take that, Wall Street! Take that, “international financial cabal!”

Trumpkins, you’ve been scammed. There’s a sucker in this game — and it’s you.

And by the way, what’s the best-performing stock in the Dow Jones Industrial Average /zigman2/quotes/210598065/realtime DJIA -1.51%   since the election?

Remember when Trump and his proxies assailed Hillary Clinton for allegedly being too close to Goldman Sachs because she gave a couple of speeches there? Trump even singled out Goldman CEO Lloyd Blankfein, plus other Jews, in a sinister campaign commercial that inveighed against an “international financial structure” that cheated ordinary American workers. The 2016 election is “a choice between Donald Trump and Goldman Sachs,” insisted NSA whistleblower Edward Snowden earlier this year. 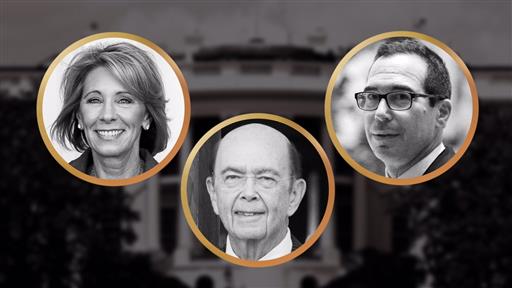 President-elect Donald Trump's cabinet is stacked with billionaires and other wealthy Americans. So how does the wealth of Trump's executive team stack up against previous cabinets? WSJ's Shelby Holliday reports.

What a number Trump has played on the “poorly educated.” No wonder he said he loves them.

Trumpkins are learning the hard way what happens when you buy an investment scheme from a con-artist. I’ve been writing about scam artists for more than 20 years. They always promise you the moon — that is, until your check clears.

When will these voters get it? Maybe never. Author Maria Konnivoka notes in her book The Confidence Game that many victims refuse to admit they’ve been scammed — no matter what the evidence. Indeed, she says, many just keep coming back for more. This is something I’ll bet Donald Trump knows full well, and which he’s banking on (pun intended) in 2020.

Meanwhile, give credit where credit is due. Trump is fattening the bank accounts of the elite , but he also may have saved 1,000 jobs at Carrier . If he really did, good for him. Those who opposed Trump should stop being so churlish. After all, on President Barack Obama’s watch the U.S. economy generated 8.6 million net new jobs — equal to 2,945, or about three Carrier deals, every day, including Sundays, for going on eight consecutive years. And who can forget all of those patriotic Republicans congratulating Obama for that?