Travel sites are no longer being used for their intended purpose 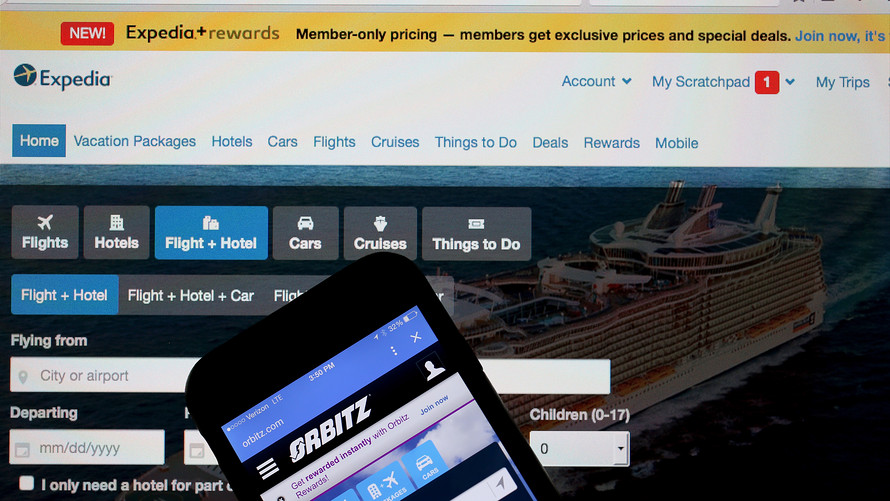 Joe Raedle/Getty Images
Many sites like Expedia charge hotels a commission for the booking they get, which is 15% on average.

Booking that summer getaway? You may want to think twice about how you use online travel booking sites like Expedia and Orbitz.

Recently, the hotel industry has all but declared war on online travel agencies, which charge high commissions when they book rooms on behalf of hotel companies. To woo customers, hotels are offering lower deals and better perks to members of their loyalty programs that book directly. Meanwhile, Expedia Inc. /zigman2/quotes/202291990/composite EXPE -7.96%  and Priceline Group Inc.  have rendered the online third-party travel industry into something of a duopoly. Expedia’s holdings include CheapTickets, Hotels.com, Hotwire Group, Orbitz, Trivago and Travelocity, while Priceline Group owns Booking.com and Kayak.

For consumers, the choice between booking directly with an airline or hotel and going through a third-party remains a generational one, said Mark Blutstein, a research analyst with travel research firm Phocuswright. Older travelers and those who have racked up loyalty or reward points are more likely to buy airline tickets or reserve a hotel room directly. Younger travelers, meanwhile, are obsessed about price. As a result, they tend to flock to sites like Kayak or Travelocity in order to comparison shop. “They’re looking for the best deal they can get,” Blutstein said. 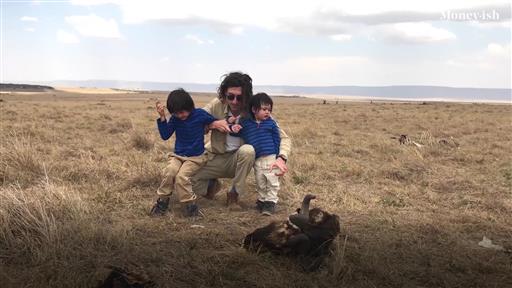 Meet the family traveling to 5 continents for free

How one couple used credit card points and miles to travel the world.

In many cases, booking directly with an airline or hotel can yield significant benefits over booking with a third-party site like Orbitz. But the latter can remain an important tool for all types of travelers, when used properly. MarketWatch breaks it down:

Why you should book directly through a hotel or airline

When booking with a hotel directly, consumers often choose from among three different rates, said Bjorn Hanson, a professor with the New York University Preston Robert Tisch Center for Hospitality and Tourism. These include a public rate with no discounts, a discounted rate for members of loyalty programs, and a discounted non-refundable rate. “Almost always, one of those three will be as low or lower than the rate through an online travel agency for a similar arrangement,” Hanson said.

That’s in part because many sites like Expedia charge hotels a commission for the booking they get, which is 15% on average, Hanson said. (Expedia would not disclose its commission. A spokeswoman for Priceline Group said that Booking.com does not charge a commission to hotels, but did not comment on other sites owned by the company.)

As a result, hotels often don’t offer up their best deals on these sites, since they are already taking a hit on the booking. “There’s some price cutting we’re seeing in the marketplace to drive direct bookings,” said Dara Khosrowshahi, chief executive of Expedia.

Don’t miss: Move over New York and London, these unlikely foreign locales have seen a spike in interest from tourists this summer

Similarly with air travel, travelers will usually save by booking directly with an airline. In recent years, airlines have begun levying a fee when customers book through sites like Expedia, making those prices less competitive.

Lower prices aren’t the only reason to book directly with a hotel or airline. People who go straight to the hotel or airline for their reservations can receive preferential treatment in many cases, such as upgrades or free services like internet. There’s also a greater chance that special requests made at booking will be honored when it is done directly. “Chances are you’ll be treated a little better, but sometimes you do need to call it out to them,” said Gautum Lulla, president of Travel Tripper, a hotel booking technology provider.

Booking directly also proves useful in emergencies, such as when a traveler misses a flight or needs to cancel a reservation, according to Scott Mackenzie, founder and editor-in-chief of Travel Codex, a website that covers news about travel loyalty programs. “Whenever there’s a delay or cancellation, it makes it a lot easier to re-book the ticket,” Mackenzie said. “There also may be more flexibility with the rules.”

Third-party sites like Expedia are aware of concerns related to the post-booking customer experience, Khosrowshahi said, noting recent efforts to expand the inventory on Expedia’s sites that is cancelable. “It’s a fair criticism of Expedia 10 years ago, but the Expedia today is much better than it was,” he said. “These features were not on the site even four years ago.”

These policies can vary from one third-party site to another. For instance, Booking.com uses a “pay-when-you-stay” model, Priceline Group head of global communications Leslie Cafferty said in an email. “So most bookings are cancellable (via one click on the site) up until close to the time of booking,” she added.

When to use third-party travel sites

The main reason to visit websites like Expedia when booking a vacation in spite of some drawbacks is the obvious one: They are great search tools. “It’s pretty much the only way to compare prices,” Mackenzie said. Even travelers who are inclined to choose a particular hotel or airline can benefit from researching on these sites, especially in instances where a preferred chain or carrier is not available at their destination.

More bad news for travel sites: They can also be used for “showrooming.” A search on Booking.com, for instance, can help a traveler figure out which hotel or airline has the best deal, and then they can book directly. Consumers should also differentiate the sites that operate like travel agencies (Expedia or Priceline.com) from sites that simply perform searches. On Kayak, consumers can research their options, but the actual bookings go through the company promoting the deal in question (which can be a hotel or air carrier or another online travel agency like Priceline.)

Also see: This is the most Instagrammed place in the world

But the unparalleled search functions aren’t online travel agencies’ only benefits. For consumers who aren’t devoted to a particular brand, the hotel rewards offered through some online travel agencies can be worth 5% or 10% more than those provided by hotel chains, Mackenzie said. (Airlines’ membership programs still beat sites like Expedia, though.)

For instance, the rewards program through Hotels.com provides members with a free night for every 10 nights they book through the site. And through the Orbitz Rewards program, consumers can earn points toward discounts on hotels by booking through the site, eating at participating restaurants or using the affiliated Visa card.

And booking travel through a third-party site can occasionally be cheaper. For instance, online travel agencies can sometimes afford to layer on their own discounts, offering potential savings. “Because they have such high margins, sometimes they take a few dollars out of the rate they’re supposed to charge the consumer,” Lulla said.

Booking combination packages that include airfare or car rentals is another way that the savings can add up on third-party sites. And so-called “hacker fares” through sites like Kayak.com that involve flights from multiple airlines for a given itinerary can be cheaper than booking through a single carrier.

But consumers should still research to see if they can recreate the savings offered through such packages on their own, Mackenzie said. “The mistake people make is not searching anymore once they find something,” he added. “You’re going to get out of it what you put into it.”

Get news alerts on Expedia Group Inc. — or create your own.