Whether retiring at 40 or 70, the challenges are surprisingly similar

Both FIRE and traditional retirement involve uncertainty and finding purpose 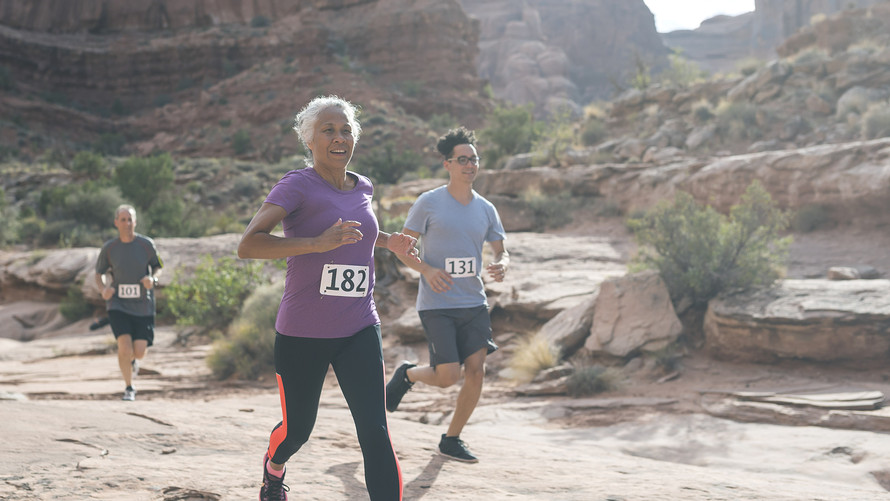 A few years ago, I left my career as a physical therapist at age 41. I decided to pursue a completely different financially independent, retired early (FIRE) lifestyle . Around the same time, my parents asked me to go over their finances with them. They were preparing for traditional retirement in their 60s.

After years of working with a financial advisor, they realized that they were paying far more than necessary for financial advice that was questionable at best. They asked me to help manage their finances as they transitioned into retirement.

I’ll explore a few common themes I came across despite our vastly different situations. Lessons I learned will assist your retirement planning, wherever you are in your journey to financial independence and whatever type of retirement you desire.

The biggest challenge to retirement planning is dealing with uncertainty . Financial markets, interest rates and inflation are all difficult to predict and completely out of our control. Health-care costs are a massive unknown. We all have unique personal situations that will affect our tolerance for risk and need for security. And none of us know how long we’ll live.

Uncertainty in early vs. traditional retirement

Anyone reliant on an investment portfolio to produce income deals with uncertainty in financial markets. This is manageable for those who’ve achieved a stable traditional retirement. Social security provides an income floor . You can annuitize a portion of assets if more of a floor is needed. You could also consider a reverse mortgage .

Also read: This financial planner believes you probably don’t need an annuity for your retirement

These options either don’t exist or are not practical for early retirees. Some continued work, or at least maintaining the ability to return to work , are essential levers for early retirees to be able to pull to manage financial risks.

My parents are both on Medicare. Despite some people’s misperceptions, Medicare is not free . Still it gives them a stable system with predictable and affordable costs. In contrast, we have constant uncertainty hanging over our heads. We reevaluate our health insurance options on a year-to-year basis as the health insurance market continuously evolves.

A clear advantage to retiring sooner is reclaiming younger, and presumably healthier, years of life to do the things you desire. But there is a trade-off. From a planning perspective, retiring earlier creates more uncertainty.

Dealing with uncertainty is something all retirees must come to peace with. FIRE in our early 40s and traditional retirement in my parents’ mid-60s to early 70s represent opposite ends of the spectrum. It’s been interesting to see how we all are dealing with this in real time.

Early retirement amplifies the magnitude of uncertainty, requires greater flexibility and can create anxiety. I wouldn’t trade places with my parents. I do envy the level of security and certainty their traditional retirement provides.

Read: Don’t keep delaying retirement for ‘one more year’ out of fear of these unexpected expenses

A consistent message from my co-writer Darrow Kirkpatrick’s earliest writing on the blog “ Can I Retire Yet? ” is not to fret about taxes in retirement . I generally agree. I’ve shared a simple but extremely effective tax-planning framework that my wife and I have used while saving toward early retirement.

Our philosophy was to max out all tax-deferred retirement savings available to us during our peak earning years before considering Roth or taxable accounts.

Read: Here’s why you may want to reconsider doing that backdoor Roth IRA conversion

Our initial thinking was that we would have little to no earned income in early retirement. We could convert traditional IRAs to Roth up to the standard deduction each year without paying any federal income tax.

For example, we could theoretically convert nearly $25,000 in 2020 tax-free. We could then convert tens of thousands of dollars more each year at the lowest marginal tax rates if desired.

Then we ran into two wrinkles. First, like many people, we were fearful to spend down retirement savings we worked so hard to build. My wife and I have each elected to continue doing some paid work into the foreseeable future.

Second, we have determined that health-care-sharing ministries are not a viable option for our family. We’ll most likely use Affordable Care Act subsidies to reduce our insurance premiums once we can no longer qualify for employer-sponsored coverage.

Read: This hidden Obamacare feature could save your family hundreds of dollars on health insurance

It would be particularly harmful if income generated by performing Roth conversions caused us to exceed the ACA subsidy cliff . In this scenario, the increased premiums would substantially outweigh any benefit of doing a Roth conversion.

My parents ran into a similar issue in the early years of their retirement. My mom is a few years younger than my dad. They had to be careful to not generate more taxable income than necessary by performing Roth conversions while she was buying health insurance on the open marketplace. Once she reached Medicare eligibility, they had only a small window for creative tax planning before my dad had to start taking required minimum distributions (RMDs) and Social Security.

Now my parents are both receiving Social Security benefits and my dad is receiving RMDs from his tax-deferred retirement accounts. Any further withdrawals or Roth conversions from tax-deferred accounts are taxed at their highest marginal rates.

Taking larger withdrawals or performing Roth conversions at traditional retirement age can have additional adverse financial impacts. Increasing taxable income can affect how much of their Social Security income is taxed . If you are required to take larger distributions from tax-deferred accounts, this income may also affect your Medicare premiums .

I stand behind the idea that the tax code is generally very favorable to early retirees. Most higher earners who are saving enough to retire early should utilize tax-deferred investing options over Roth options.

However, some nuance is required. We need to look at our overall picture, including the size of our tax-deferred accounts, the period of time over which we can take money from them and other tax implications we may create by taking money from the accounts in the future.

I assumed we’d be able to pay little if any tax on our tax-deferred accounts as we gradually converted them to Roth accounts over time. As our early retirement has morphed into semi-retirement, that is looking unlikely.

The overlay of the ACA subsidies on the tax code until Medicare eligibility complicates tax planning during early retirement or semi-retirement years. Spreading tax-deferred income over these years using Roth conversions may be challenging.

This is particularly challenging for married couples with an age difference. They may have a small window, or no time at all, where they’re not impacted by at least one of these issues.

I now have a greater appreciation for tax-rate diversification. I’ll continue looking for opportunities to get money into our heatlh savings acccounts, Roth IRAs and taxable accounts during this phase of our lives when earnings are lower. In doing so, we’ll give ourselves more flexibility in any given year going forward.

Read: 5 steps to unwinding the ghosts of your investment mistakes

Darrow recently wrote about finding your purpose after retirement or financial independence . My parents’ traditional retirement and our FIRE lifestyle are quite different, but this struggle is common.

I first started thinking about this issue when I was still working as a physical therapist. I recall a consultation with a recently retired physician who was coming to see me as a new patient. Our paths had crossed several times previously when he was practicing. He was a jovial guy.

I greeted him and eagerly asked him how he was enjoying retirement. I fully expected him to tell me how much he loved it and all that he was doing with his newfound freedom. Without hesitation, he replied that he hated it.

He had lost his identity and had no idea what to do with his time. He started spending hours at the gym every day to deal with his boredom and ended up tearing his rotator cuff. This shoulder injury, caused by his excessive exercise routine, is why he was there to see me. Now his one source of activity and joy was lost. He felt even more depressed.

I can’t help but struggle with the idea that I could, and possibly should, be doing something bigger with my life.

At the time, I was moving full speed ahead toward early retirement. I was certain that freedom from a job was the ticket to a happier life. The conversation took me aback.

I talked to my dad, who at the time was in the process of transitioning out of the small photography business he had spent nearly 30 years building, about my interaction with the doctor. My dad related to the doctor’s feelings.

My dad recognized the need to create a new identity and purpose for himself in retirement. He has dedicated a substantial portion of his time to service projects. His most consistent and involved endeavor has been serving as a Court Appointed Special Advocate ( CASA ) for children the court has removed from their parents’ home and placed in the care of a relative or in non-kinship foster care. He is also involved in his church’s assistance ministry and occasionally volunteers at a soup kitchen.

It’s been interesting and inspiring to watch him reinvent himself in his 60s and into his 70s. Still, I sense a void in his life, particularly since my family has moved across the country.

My mom has probably struggled with the transition from career to retirement less. Less of her identity had been tied up in her work. Her primary identity has always been that of a caregiver.

She was a stay-at-home mom for a period. Later, she became the primary caregiver for both of her parents as well as a few of my dad’s aging relatives in their later years. She then stepped in and played a huge role in my daughter’s formative years.

Figuring out your purpose can be an even bigger struggle for high achievers who achieve financial independence early. My wife and I recognize and appreciate the privileged position we are in.

When considering leaving my career, I thought a lot about what I would do with my time. I didn’t think I’d ever get bored, and I was right. If anything, I feel busier than ever.

But having your time occupied and feeling fulfilled are not the same thing. I am able to be a much better father and spend far more time with my daughter. But she’s in school seven hours each day.

I am able to contribute to the world through my writing and volunteer work. But those activities encompass a couple hours each day at most.

We’re conditioned to structure our lives around work. I can’t help but struggle with the idea that I could, and possibly should, be doing something bigger with my life.

This struggle has likely been even greater for my wife. Like the doctor and my dad who associated their identity with their profession and business, she has built an identity around achievement and being successful in her career.

I’ve written about her decision to continue working for the economic benefits and the ability to get health care for our family. But the biggest reason she continues to work is that she doesn’t know what she really wants to do next.

Chris Mamula used principles of traditional retirement planning, combined with creative lifestyle design, to retire from a career as a physical therapist at age 41. This was first published on the blog “Can I Retire Yet?”