While other energy companies get put over a barrel, Total S.A. looks ahead 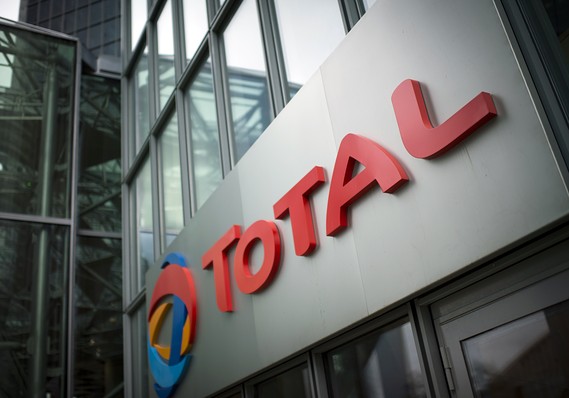 France began to realize the importance of having a domestically controlled source of oil shortly after the end of World War I. At the same time, other major countries were establishing partnerships and expanding production into the Middle East. France was determined not to be left behind and began operations in modern day Iraq, alongside the British.

Fast forward 100 years and Total S.A., a French oil company has grown to employ nearly 100,000 people with global revenue of $143 billion. Total S.A. is one of seven “super major” oil companies in the world and their output has a meaningful impact on global supplies. Just like 100 years ago, oil remains a key military asset and a driver of growth for the domestic economies of many nations.

In 2014, Patrick Pouyanne took over as head of the company after the unexpected death of the previous CEO. Unfortunately, the move was ill-timed as oil prices plummeted from over $100 per barrel at the peak in 2014 to under $30 a few short years later. Revenue followed the price of oil, as Total S.A. saw a 30% decline in revenue from 2014 to 2015.

Mr. Pouyanne has certainly been tested in his short stint as CEO of Total S.A., but so far he has performed admirably. He has slashed operating costs by reducing capital spending by nearly 50% from the highs in 2013 and 2014. His goal is to reduce per-barrel operating costs by 50% by 2018 from their highs in 2014. These cost reductions should help increase Total S.A.’s already industry-leading gross profit margin of 34% in the coming years. Total S.A.’s ability to reduce costs quickly in the face of a declining revenue stream will pay dividends as oil prices recover.

By almost any measure, digging into the financial reports of an energy company is ugly right now, and Total S.A. is no different. Revenue has dropped by more than 40% over the past four years. Earnings per share (EPS) has declined by nearly 70%, and gross profit has been halved. Total S.A.’s stock price has followed suit, down over 33% from its peak of $73.20 in 2014.

The numbers have been alarming, but hope is on the horizon. Oil prices have nearly doubled since their January lows, and the worst may be behind. Total S.A. is well positioned for revenue growth if oil prices can stabilize and is a great value compared to its competitors. Total S.A.’s Forward P/E ratio stands at roughly 14, far less than industry average of nearly 42. Also as mentioned, Total S.A.’s operating margins are much more attractive than its peers and we expect that number to improve as capital reductions continue.

Many investors’ interest in Total S.A., and other energy companies for that matter, is due to a very attractive dividend. Many energy companies are committed to keeping a strong dividend, even as share prices have been hit hard, which has propped up dividend yield. Currently, Total S.A. has a very attractive dividend yield of 5.7%, but some investors wonder if this dividend can continue. We have seen other large energy companies such as Conoco Philips /zigman2/quotes/207605056/composite COP +0.03%  and PetroChina cut their dividend as earnings have plummeted.

Total S.A.’s dividend policy is different than even that of other competitors Exxon /zigman2/quotes/204455864/composite XOM +1.93%  and Chevron /zigman2/quotes/205871374/composite CVX +2.92%  that typically do pay dividends. Those companies increase their dividend each year, even if they have to borrow to do so. Total S.A. pays their dividend based on yearly cash flows, and although they have paid a fairly consistent dividend over time, this does not appear to be the main objective. In 2015, Total S.A. earned $2.17 per share, but paid out $2.70 in dividends. Obviously, paying more out in dividends than a company earns per share is not sustainable, but we expect these earnings to increase starting in 2017, which makes for a solid-looking dividend going forward.

Total S.A. has also started investing in renewable-energy companies that include both solar and battery technology. Total S.A. has stakes in SunPower, Saft, Sunverge, AutoGrid, and Aquion Energy. This adds a forward-looking diversified approach to their traditional portfolio and adds to their global presence. Of the oil majors, Total S.A. is the only company which is seriously addressing what it will do in a carbon-constrained world. New developments indicate an integrated and strategic approach to Total S.A. becoming one of the major solar companies in the future.

Energy stocks have been on quite the roller coaster ride over the past few years, but we feel this has created a buying opportunity for high-quality energy companies. Total S.A.’s new CEO appears to have been making all the right moves in a very difficult market environment. The company has done an excellent job of reducing costs and increasing margins and has positioned itself very well for rebounding oil prices.

Dividend investors will love the 5.7% dividend yield, and although there are concerns about the safety of this dividend, Total S.A. seems committed to utilizing its strong cash flow and making investments for the future. In this tumultuous environment, while most other oil companies appear they have been put over a barrel, we feel Total S.A. is poised to come out ahead.

David Kudla is CEO and Chief Investment Strategist of Mainstay Capital Management, a fee-only, independent, Registered Investment Advisor. More information about his firm can be found at www.mainstaycapital.com . Follow him on Twitter @David_Kudla .

David Kudla is CEO and Chief Investment Strategist of Mainstay Capital Management, a fee-only, independent, Registered Investment Advisor. More information about his firm can be found at www.mainstaycapital.com. Follow him on Twitter @David_Kudla.