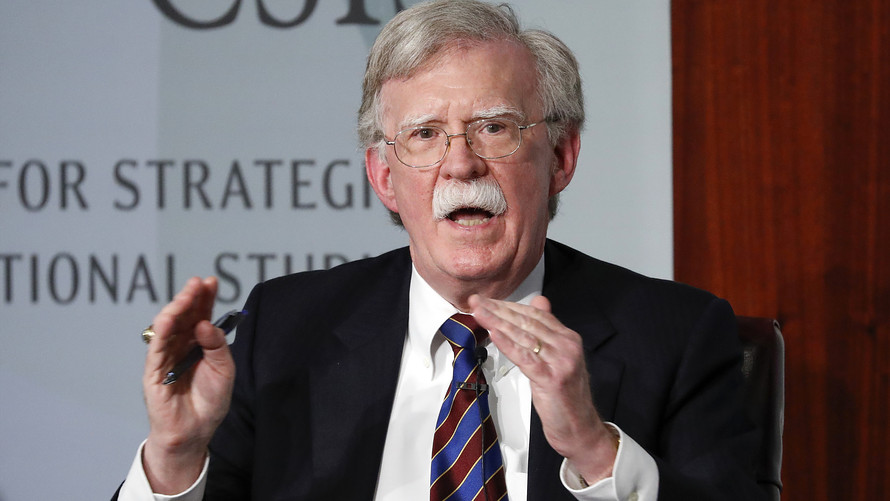 WASHINGTON — President Donald Trump “pleaded” with China’s Xi Jinping during a 2019 summit to help his reelection prospects, according to a scathing new book by former Trump adviser John Bolton that accuses the president of being driven by political calculations when making national security decisions.

The White House worked furiously to block the book, asking a federal court for an emergency temporary restraining order Wednesday against its release.

Bolton’s allegations that Trump solicited Chinese help for his reelection effort carried echoes of Trump’s attempt to get political help from Ukraine, which led to his impeachment.

“I am hard-pressed to identify any significant Trump decision during my tenure that wasn’t driven by re-election calculations,” Bolton wrote.

The 577-page book paints an unvarnished portrait of Trump and his administration, amounting to the most vivid, first-person account yet of how Trump conducts himself in office. Several other former officials have written books, but most have been flattering about the president. Other former officials have indicated they were saving their accounts of their time working for Trump until after he left office in order to speak more candidly. The Associated Press obtained a copy of Bolton’s book in advance of its release next week.

Bolton, Trump’s national security adviser for a 17-month period, called Trump’s attempt to shift the June 2019 conversation with Xi to the U.S. election a stunning move, and wrote that it was among innumerable conversations that he found concerning. He added that Congress should have expanded the scope of its impeachment inquiry to these other incidents.

Deeply critical of the president and much of his senior team, Bolton wrote that because staff had served him so poorly, Trump “saw conspiracies behind rocks, and remained stunningly uninformed on how to run the White House, let alone the huge federal government.” He added that while he was at the White House, Trump typically had only two intelligence briefings a week “and in most of those, he spoke at greater length than the briefers, often on matters completely unrelated to the subjects at hand.”

Trump was asked about the book Wednesday on Fox News Channel’s “Hannity.” He turned to personal insults, calling Bolton a “washed-up guy. I gave him a chance.”

He also took issue with copies of the book being released. “He broke the law. Very simple. I mean, as much as it’s going to be broken.” Trump said. “It’s highly classified information and he did not have approval.”

The book also includes embarrassing claims that Trump thought Finland was part of Russia, didn’t know that the United Kingdom was a nuclear power and called reporters “scumbags” who should be “executed.”

As for the meeting with the Chinese president in Osaka, Japan, Bolton wrote that Trump told Xi that Democrats were hostile to China.

“He then, stunningly, turned the conversation to the coming U.S. presidential election, alluding to China’s economic capability to affect the ongoing campaigns, pleading with Xi to ensure he’d win,” Bolton said. “He stressed the importance of farmers, and increased Chinese purchases of soybeans and wheat in the electoral outcome.”

Bolton wrote that he would print Trump’s exact words, “but the government’s pre-publication review process has decided otherwise.”

The book, titled “The Room Where It Happened: A White House Memoir,” is set to be released Tuesday by Simon & Schuster. It has been the subject of a lengthy battle between Bolton and the White House.